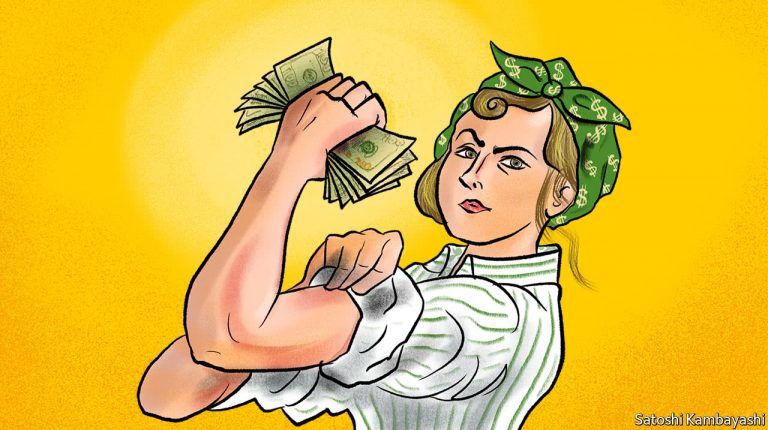 The first International Women’s Day to be officially recognized was back in 1911, and 2019 marks the 107th annual celebration.

The theme for 2019 is ‘#BalanceforBetter’, and it aims to establish a more gender-balanced world.

Gender balance is essential for economies and communities to thrive. According to the latest report of the World Economic Forum on the gender gap, improving the gender parity by 25% would increase the global GDP by $5.3tn.

Meanwhile, the same report also stated that it will take around 100 years to globally close the gender gap. As for the Middle East and North Africa, the gender gap can be closed in 157 years.

DNE focused on this topic, as according to the IFC’s study, Egypt’s GDP could increase by 35% through achieving gender equality.

When digging into the economic empowerment of women, we should start by the indicators of women’s participation in the labour force.

“On the other hand, Egyptian women are not engaged as equal agents of value creation in the Egyptian economy, and are subsequently not involved in determining the direction of and means by which value is created for the Egyptian economy at large,” Maya Morsi, the president of the National Council For Women (NCW), stated on Sunday during presenting the results of the study conducted by the World Bank in collaboration with the NCW entitled ‘Women Economic Empowerment’.

According to the study, a range of factors globally affect women’s working conditions, yet two interrelated factors stand out. First is the division of labour by gender, indicated by occupational segregation and wage differentials, precipitates the inequalities that women face in the labour market. While the second is the socio-cultural norms and stereotypes which shape gender roles that identify women with restrictive characteristics and capabilities in the labour market.

For her part, the UN Women Country Representative in Egypt, Blerta Aliko, informed DNE that there is a need and a demand to increase women’s participation in the labour force in general, whether in the formal or informal sectors, as well as in the private and public sectors.

“We saw that the level of Egyptian women’s education and qualifications are equal, and on par with men’s, but their opportunities in accessing employment opportunities are much lower than them,” according to Aliko.

“The number of employed females increased from nearly 23.8 million to 25.4 million between 2010 and 2016, corresponding to an average annual growth rate of 1%. The growth was three times higher among females than among males (2.26% and 0.73%, respectively). This increase improved the distorted male/female balance, as the percentage of female employees increased from 19.6% in 2010 to 21.1% in 2016,” according to the report.

The analysis showed that a woman’s age, her education, and her mother’s employment status are the main determinants of female labour force participation in Egypt. But when a woman is in the labour force, different factors determine whether she is employed and if she is employed in the private sector, noting that also the reproductive behaviour may have an impact on female employment as well.

Meanwhile, the International Finance Corporation (IFC), a World Bank Group member, conducted a new study on the importance of having women on managerial boards in Egypt. The analysis focused on two main groups of companies, the first one was the privately held companies, while the second one was the publicly listed companies, noting that the group of privately held companies was further divided to compare between firms without a gender-diverse workforce and those with an employee mix that is at least 25% female. The publicly listed category included companies listed on the Egyptian Exchange as well as the Nile Stock exchange for small and medium enterprises (NILEX).

The study revealed that an average 47% of companies in Egypt have female board members, and women represent 14% of all board members.

Notably, the percentage of women representation as a total percentage of board members represent 17%, 20%, 10%, 2% at the global level, in developed markets, emerging markets, and the Middle East, respectively.

In terms of the listed companies, 45% of them have women on board, in which women represent 10% of all the board members.

On the other hand, 57% of private companies have women on board, in which women represent 19% of all the board members.

Women represent nearly half of Egypt’s college graduates, however only 23% of women participate in the labour force, which means that there is about 27% of the women graduates do not enter the workforce,” the report explained.

“And very few reach the upper echelons of the corporate world,” the report continued.

The study found that gender diverse boards lead to stronger companies’ financial performance, which will subsequently boost the economic growth in Egypt.

Notably, improving the gender parity globally by 25% would increase the global GDP by $5.3tn, while women contribute only by 39.35% of the global labour force, according to World Economic Forum’s report on gender gap in 2017.

Concerning Egypt, the IFC stated that the GDP could increase by 35% through achieving gender equality.

On the other hand, Egyptian women are still paid less than men for equal work, the gender wage gap currently stands at 22%, the study further showed.

Finally, Egypt has made a lot in terms of the gender equality and empowering women, but it still needs to do more. Hopefully, we hope when writing during the same time next year, that the gender gap would be closed by that time, not just in Egypt, but all over the world.