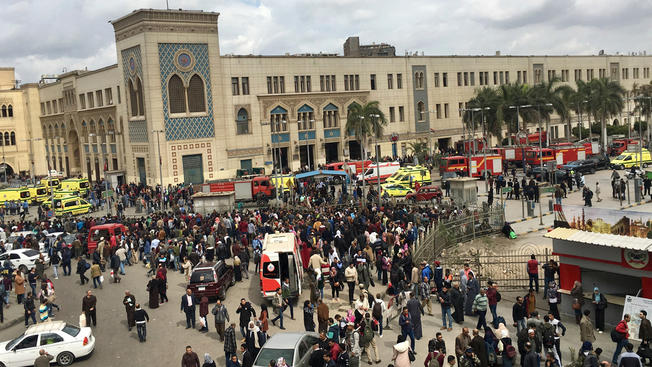 In Wednesday’s newspaper issues, Egyptian writers continued to follow the reasons behind Cairo Station’s deadly accident last week, while others tackled the spreading news of appointing a new transportation minister, which turned out to be false news.

Emad El-Din Hussein, the editor-in-chief of the private Al-Shorouk newspaper, addressed the issue, especially as the newspaper was among the media platforms that published the news, however it offered its apology later.

Hussein wrote that Khaled Mohamed Wageeh who tweeted the news of appointing his father as the transportation minister was not the first one to spread similar inaccurate news, neither in Egypt nor in the Arab world.

Meanwhile, Karam Gabr of Al-Akhbar daily, stated that the season of rumours is thriving, as there are 300 rumours every day. Gabr argued that in Egypt, social media become a source of hearsay and rumours spreading just like the flu.

Similarly, Gabr noted that Facebook has many disadvantages, and few benefits, maintaining that the Egyptian media is not immune to its effects. Gabr argued that the country’s media has to be armed with awareness, enlightenment and established facts. Noteworthy, Akhbar El-Youm also published the fake news of about the  transportation minister.

Also in Al-Akhbar, Galal Aref commented on the prosecution’s statement concerning the train driver responsible for the Cairo station accident which left dozens killed and injured. Aref wrote that it has been proven that the railway worker has tested positive for the potent narcotic ‘strox’.

Aref called for conducting a routine medical examination on railway workers and drivers, urging a halt in placing the responsibility of people’s lives into the hands of drug addicts.

Abbas Al-Tarabili of Al-Masry Al-Youm opined that the solution to end the repeated railway accidents is the robot train driver. Al-Tarabili urged the government to conduct deals with China and Japan to import a shipment of robot drivers which, he wrote, will end all railway problems concerning irresponsible drivers and drug addicts.

Photojournalist Shawkan released after over 5 years in prison