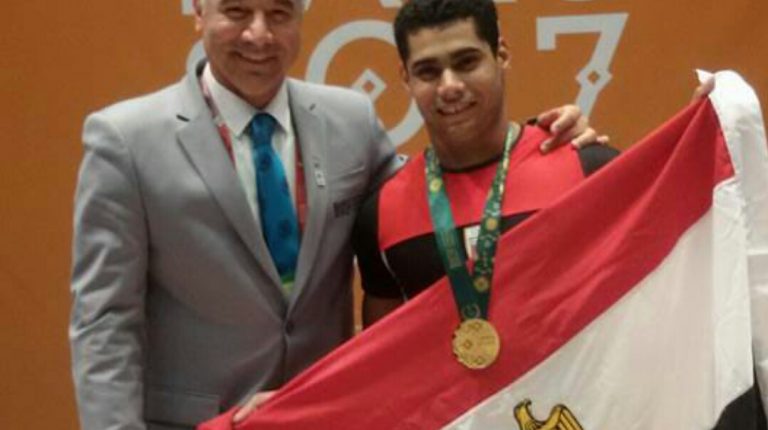 Mohamed Mahgoub, the president of the Egyptian Weightlifting Federation, said that the support received by the federation from the ministry of youth and sports, reaches an annual EGP 1.3m.

Mahgoub told DNE that the sum is divided into three parts, one for the employees’ salaries, another for local tournament and activities, and a third for international events.

He added that the federation requested EGP 13m to prepare for the Tokyo Olympics 2020 for nine players, considering that there are tournaments that nominate the players for the Olympics, in which 20 players will participate in. “The current nomination system is based on each player’s points through the participation in six tournaments over 18 months, then are ranked in April 2020,” he explained.

Mahgoub said that although the federation only received 1m in January from the budget it requested, it has already started preparing for the tournament through its own resources and despite the huge cost borne by the federation to participate in qualifying tournaments, such as the Thailand Championship, for which the flight’s cost is EGP 20,000.

Moreover, he explained that the cost of one day per player reaches EGP 500 in the Olympic Centre in Maadi, pointing out that the ministry is currently committed to pay this amount, to be deducted from the budget requested by the federation, aside from the pocket money for players, ranging from EGP 3,000 and EGP 4,500 per month, which the duo Mohamed Ehab and Sara Samir receive.

Furthermore, Mahgoub said that there is no sponsor of the weightlifting union, despite the fact that the federation has taken the necessary measures to offer the sponsorship, but no one has come forward to meet it, which is incomprehensible given the success of the game in Egypt. He pointed out that he tried to communicate with the National Bank of Egypt to sponsor the game through an intermediary company, but the matter remains pending.

He added that a contract of sponsorship signed by Mohamed Ehab with Garhy Steel, following a complaint from the player on social media, did not include the federation, even though the contract was supposed to be trilateral with the sponsor, the federation, and the player.

Moreover, he added that the federation had submitted the names of four players to the ministry of youth and sports in order to include them among the names to receive sponsorship from the Talaat Moustafa and Wadi Degla companies in preparation for Tokyo 2020, namely Mohamed Ehab and Mohamed Salim, in the men’s category, and Sara Samir and Shaimaa Khalaf in the women’s category.