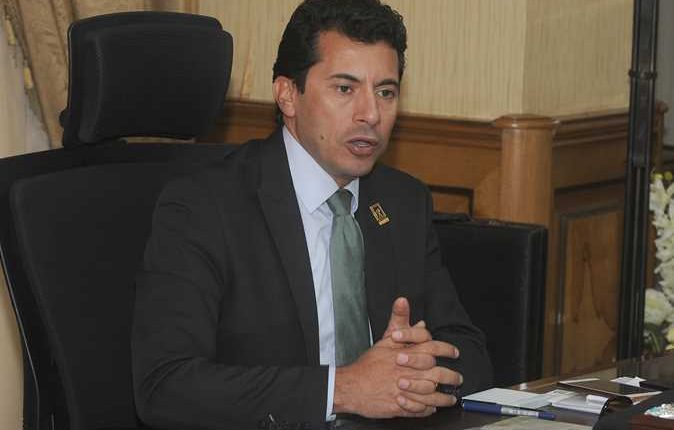 The Minister of Youth and Sports, Ashraf Sobhy, responded to federations’ demands to quickly provide financial support for the preparations for the Tokyo Olympics 2020, saying that the ministry provides all financial allocations to the federations.

Sobhy told Daily News Egypt that the ministry holds meetings regularly with all the federations, and is keen to resolve all their problems and provide funds for them, in order to prepare for the Tokyo Olympics 2020.

He added that the EGP 300m estimated budget of the Olympic Committee does not match the ministry, however, our aim is to win medals at Tokyo Olympics, and not just restrict our presence to a respectable participation. Therefore, there is a plan each sport and there is still time to prepare for the tournament.

Furthermore, he added that there is a specific period of time, where the federations will be granted quarterly financial allocations to spend on arrangements and other preparations for the tournament.

The ministry takes into account during the current period to spend as much as in projecting achievements, in coordination with the Olympic Committee, under the chairpersonship of Hesham Hatab, he pointed out.

Sobhy cited that the ministry supports the Olympic champions according to the planned programmes, and began the disbursement of funds in January.

The Ministry of Youth and Sports said that the ministry had prepared a future plan for the post-Tokyo phase through the Olympic Champion project and the Talents Programme.

Moreover, the minister added that the budget of the national talent and youth project, which includes preparing and equipping talented people in weightlifting, athletics, taekwondo, judo, boxing, table tennis, handball and basketball, amounted to EGP 34m, including EGP 24m for the National Junior Project, and EGP 10m for the Talents and Olympic Champion programmes.

Over and above, Sobhy added that the ministry has recently included squash and fencing to the programme, noting that there are individual games that will be included as well, in the future.

He explained that the number of participants in the first phase of the project has so far reached 2,939 players trained in 332 youth centres around Egypt.

Sobhy pointed out that the selection of players was based on specialised technical and scientific committees. Several conditions were set in the process of selecting these players. The most important of these was that the player should not have previously been a member of a team or a union. They will be prepared and qualified as international, continental, and Olympic champions. Each player’s federation will then receive them and evaluate their performance quarterly.

Additionally, he added that there is a special committee of supervision and standards to follow-up the disbursement process and the financial budget set for the project so that the control is technical, financial, and administrative. He added that specialists for sports, psychiatry, and measurements were selected to be part of the staff of the technical committees in order to prepare players psychologically and know their physiological or psychological conditions. Eighty-two new youth centres were opened this year and will increase in the coming period. The budget will also be increased in accordance with the plan.

Moreover, Sobhy said that those who are selected to be within the project’s teams will be included in sponsorship contracts through the guardians to preserve public money. Foreign camps will also be held to enable those players to learn about different disciplines of each sport in different countries.

What is more, he said that the project has been divided into youth centres, which is the beginning phase through which the talents will be selected in villages and hamlets. Following this phase is the establishment of centres for promising talents where they will be trained for two years, followed by another two-year phase of training the promising future champions, then the centres for elite cadres where it lasts for one year, then will finally end with the preparation of the Olympic champion phase.

He highlighted that the ministry will bear the cost of this programme, while the federations will specialise in technical aspects, where each of the federation will nominate trainers and technicians for each sport, and design a uniform for each project. The players are granted a uniform for training and another one for competitions, including the friendly and official events.