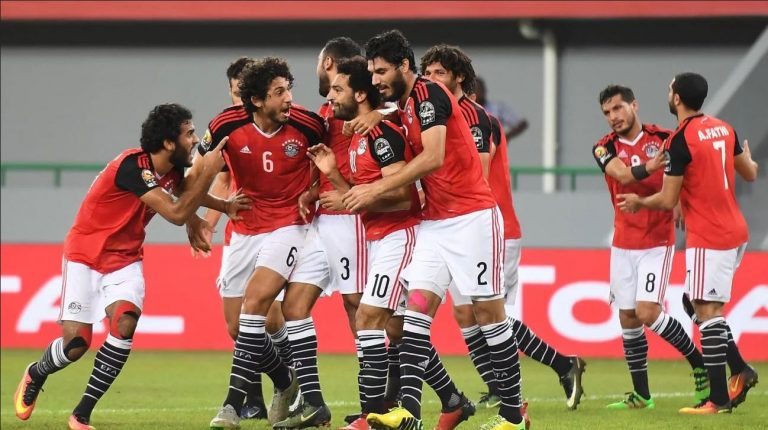 President of the Egyptian Football Association (EFA), Hany Abo Rida, spoke to Daily News Egypt about their preparations for the 2019 Africa Cup of Nations (AFCON). He affirmed that Egypt is ready to host the event in June, pointing out that it requires a lot of work from everyone.

Abo Rida is also a member of the FIFA Executive Committee and the Confederation of African Football (CAF).

In 2004, he won a seat at the CAF’s Executive Committee. With his continued activity and enthusiasm, he will be heading the marketing committee in the CAF. He was trusted by the General Assembly of the CAF and re-elected in the executive committee until 2011.

In 2009, Abo Rida was elected as a member of the FIFA Executive Committee and supervised a few sports events organised by FIFA, including the FIFA Club World Cup in 2013 in Morocco. He then became president of the EFA in August 2016 after receiving the majority of votes.

Being a non-talkative person, when Abo Rida speaks, everyone listens because he is the most important administrative person in the EFA.

Abo Rida spoke to Daily News Egypt about the preparations for the 2019 Africa Cup of Nations (AFCON). He said that Egypt is ready to host the event in June, pointing out that it takes a lot of serious work from everyone in order to distinguish Egypt.

Abo Rida said that there is great coordination with the Ministry of Youth and Sports to apply the measures and decisions needed to host such an important event, noting that Egypt is now under the spotlight.

He also added that Egypt has won the right of organising the championship, given its prestigious reputation in organising continental and international championships, stressing that the matches will be held in presence of fans.

He expressed his appreciation to the Minister of Sports, Ashraf Sobhy, for his great efforts in preparing for the AFCON.

Abo Rida said the President of the South American Football Confederation (CONMEBOL) told him that he plans to attend the AFCON draw scheduled for 13 April, even though he has commitments and meetings two days before the draw.

“There is also a large number of fans who want to attend the events. We are undermining ourselves here in Egypt, but the entire world knows Egypt’s value,” Abo Rida said.

“The major companies that sponsor the championship have already started booking hotel rooms in Egypt for their visiting delegations, for the first time in an African championship since 2006,” he added.

Abo Rida spoke about the Cairo International Stadium – now closed for renovation – which will host the opening match, saying that it will amaze fans and officials.

“The Cairo Stadium will be the best part in the AFCON and it will be perfectly prepared for the matches,” Abo Rida stressed. “We are preparing a new kind of grass, a mix between natural and artificial grass. It is a new experience, but we are certain that everything will be alright.”

As for the fans, Abo Rida said they reached an agreement with a security company to organise the entry and exit of fans into the stadiums. Police will be responsible for securing the vicinity of stadiums as is the case around the world.

The headquarters of the organising committee will be at the Civil Education Center in Zamalek neighbourhood.

“We also have a new e-system for the numbering of the national team’s kits,” he said.

“The organising committee will invite President Abdel Fattah Al-Sisi to witness the opening ceremony of the championship,” Abo Rida noted.

He said that the EFA, the Ministry of Sports, and hosting stadiums’ managements are in a race against time to complete the tournament’s preparations before 12 April.

Abo Rida also revealed that the draw of the championship will be held on 12 April, determining the residences of each participating team. “The teams’ representatives will be paying visits to Egypt soon to inspect hosting venues and write their reports about them,” he added.

The AFCON draw will be held at the Pyramids. Accompanied by Mohamed Fadl, championship manager, Abo Rida inspected the place and followed up all the preparations.

Abo Rida said a meeting will also be held with the CAF emergency committee next week to coordinate between the concerned parties in the coming period.

He expressed his trust in the Pharaohs’ ability to win such championships, noting that the current generation has many great players, like Mohamed Salah, Mohamed El-Neny, Mahmoud Trezeguet, and moany others.

However, he noted that Egypt’s 2006 football generation was the best, pointing out that Cote d’Ivoire’s star Didier Drogba once said that if he had players like Mohamed Abo Treka, Wael Gomaa, and Essam El-Hadary, he would have easily reached the World Cup’s final.

When the Egyptian national team plays in the presence of its fans, it will be a strong motivation for them to win the championship, he added, stressing that the Egypt has a leading team in Africa.

All the championship’s needs will be made available through cooperating with the EFA’s sponsor, Presentation Sport company, he said.

“I’m confident that Egyptian fans will be supporting their team, and it is very unlikely for conflicts to happen between fans,” Abo Rida said, adding that he hopes to see the same atmosphere of 2006 edition, but he is certain that 2019 will be even better.

Abo Rida mentioned the amendments approved by the International Football Association Board (IFAB), noting that it will be for the best of football, and will lead toward further development and pleasure.

Furthermore, he explained that the IFAB currently works according to the new amendments that aim to solve the outstanding issues of football and create more enthusiasm.

Regarding the possibility of his candidacy for the CAF presidency, Abo Rida said that his health condition would determine his decision. “Elections are in 2021, and when the time comes, I will see what I want to do based on my health. I like to be successful wherever I am, but when it comes to my duties towards my country, I feel like much more work and commitment would be required,” he noted.

Abo Rida also talked about Liverpool’s star Mohamed Salah, saying he is one of the most successful players in the world and an exceptional model that would be difficult to see again in Egypt.

“I believe that there are many players who have better abilities than Salah, but his mentality, humbleness, and love towards people are the reasons for his success. He is the most famous player now in Egypt and the world. He is a true ambassador for tourism in Egypt,” Abo Rida said.

Abo Rida also talked about the 2022 World Cup in Qatar and the 2026 World Cup, saying that a strategy was formed to build up a strong team that can participate in these tournaments. “We have many player in European clubs now and they have speed and strength. Overall, this should be a major leap for Egyptian football. We will work to develop Egyptian football as much as possible to make more achievements,” he added.

Additionally, Abo Rida talked about Pyramids FC and its experience in the Egyptian Premier League, describing it as “fruitful” which promoted competition.

“It is beneficial to have such experience of Pyramids FC because investment increases the trade value of the championships and promotes competition,” he said.