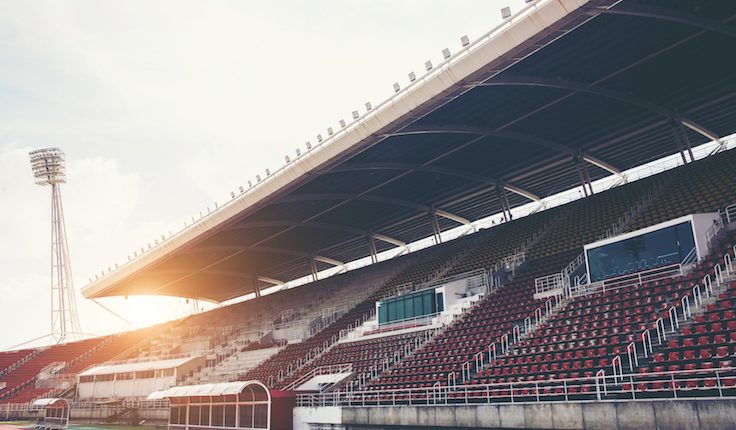 The executive bodies in Port Said are in race against time to finish the preparations before hosting the 2019 Africa Cup of Nations (AFCON) in its 32nd edition at the Al-Masry Club Stadium. Egypt will be hosting the championship from 21 June to 19 July in five governorates, including Cairo, Alexandria, Ismailia, Suez, and Port Said.

Port Said, the Valiant City, is an Egyptian coastal city. It is the administrative capital of the governorate of Port Said which also includes the city of Port Fouad.

Located in northeast Egypt with a population of 524,433 people and total area of 845.445 sqm, Port Said was established during the tenure of Khedive Ismail in 1859, when Ferdinand de Lesseps started the drilling of the Suez Canal.

Port Said has become famous since the end of the 19th century as a distinct sea port. English writer Rudyard Kipling said: “If you want to meet someone you used to know, and he always travel, there are two places on earth where you can sit in and wait to meet him at: London and Port Said.”

The city includes many natural and tourist attractions, most prominently, the Commonwealth War Graves Commission cemetery. It is one of 16 cemeteries across the country, distributed in Cairo, Alexandria, New Alamein, Port Said, Fayed, Suez, and Aswan. The Commonwealth Authority supervises them all. These cemeteries receive the attention of thousands of the grandchildren of the victims of WWI and WWII.

The old lighthouse of Port Said

Its establishment dates back to 1859 as it was temporarily made of wood and lit a distance of 10 km to guide the ships passing through the Suez Canal, however, after building the base of the famous Ferdinand de Lesseps statue, the lighthouse was rebuilt out of concrete. It became the first building made of concrete in Egypt and the Middle East.

The Suez Canal Authority headquarters was originally a palace built by Khedive Ismail on the coast of Port Said to receive his guests, kings, and presidents of many countries in the world, who came to visit Egypt during his tenure.

The building is characterised by its unique architectural style. It is registered as one of Egypt’s monuments in the city, and is currently used as the headquarters of the Suez Canal Authority to guide the movements of ships passing through the canal.

The base of the De Lesseps and its statue were revealed on 16 November 1899, which corresponds with the 30th anniversary of the opening of the Suez Canal for international navigation.

The statue is located at the western entrance of the Suez Canal in Palestine street at the end of the famous De Lesseps corridor in the city.

It is a Pharaonic obelisk covered in grey granite which was set up in memory of the martyrs of Port Said in its battles.

On 23 December 1958, former president Gamal Abdel Nasser inaugurated the obelisk where two flames were lit to commemorate the victory and celebrate the withdrawal of enemies from Port Said. He also inaugurated the Al Shohadaa (Martyrs) square where the obelisk stands.

There is also the National Museum of Port Said and Suez Canal Museum, in addition to many Islamic museums. Port Said also has many churches of a great architectural quality.

Governor of Port Said, Adel El-Ghadban, has expressed the readiness of Port Said to host a part of the championship which will take place in June, pointing out that the main stadium is ready, as well as all the sports halls, hotels, and tourist attractions.

He added that Port Said has great experience in hosting such international and continental championships.

El-Ghadban noted that Port Said has hosted many international and continental events, including the FIFA U-17 World Cup (1997), the IHF World Men’s Handball Championship (1999), and AFCON (2006).

Furthermore, he added that the potential of Port Said is not only limited to official stadiums that are allocated for matches and trainings, but also in terms of security, health, tourism, and entertainment services for the teams participating in the championship, noting that Port Said currently has the largest sports complex across the country named, “The Sports City in El Zohour.”

It is a multi-use stadium located in Port Said. It is currently used for football matches. It is the official home stadium for Al Masry Club.

It was founded in 1953 and officially opened in October 1955 in the presence of Hussein El-Shafie, the former Minister of Social Affairs, on behalf of the late president Abdel Nasser.

The stadium has seen many renovations and developments. The latest were in 2009 in order to host the 2009 FIFA U-20 World Cup. It also hosted some matches of the 2006 AFCON. The stadium’s capacity is up to 18,000 spectators. It is located 8 km away from Port Said Airport in the middle of Port Said.

The stadium was closed temporarily by the Egyptian Football Association (EFA) among a series of sanctions imposed after the latest deadly riots in 2012. It was reopened in 2018, hosting its first match after the incident on 10 February 2018, between Al Masry and Zambia’s Green Buffaloes in the CAF Confederation Cup preliminary rounds’ second leg. Al Masry won 4-0.

A delegation from the CAF inspected the stadium in order to ensure it is ready for the AFCON matches.