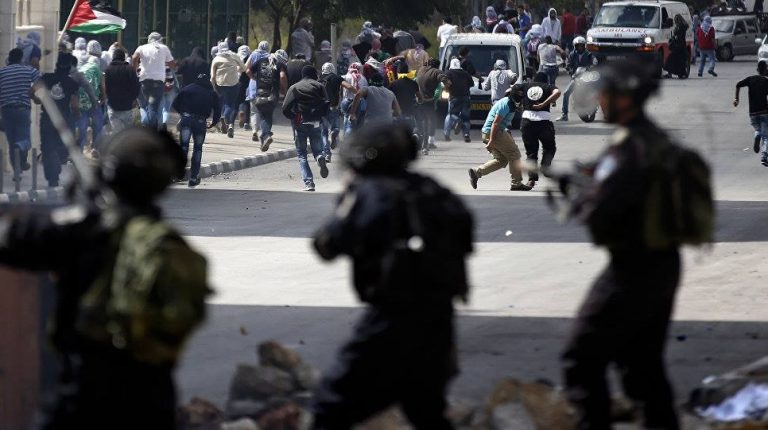 Israeli forces killed a Palestinian on Friday and wounded 42 others during the weekly demonstrations in the besieged Gaza Strip, amid escalations over the border line between Gaza and Israel, according to the Palestinian Ministry of Health.

More than 8,000 Palestinians have participated in the mass demonstration. The Israeli army claimed that the demonstrators attacked the Israeli forces with stones and explosive devices, while some of the protesters attempted to cross the border wall.

The Israeli army said that it has responded to the demonstrations by riot countering tools, and “used fire in accordance with the rules”. On Thursday, the Israeli army struck multiple sites in Gaza, including a building affiliated to Hamas which rules the Strip.

Since March 2018, Palestinians have been organising demonstrations titled the ‘Great March of Return’, calling for the Palestinians’ right to return to their homes that were occupied by the Israelis after the 1948 war.

Over 220 Palestinians were killed in Gaza since the beginning of the weekly demonstrations, while thousands were injured.

Meanwhile, during a closed meeting in the UN Security Council on Friday, the US accused the Palestinians of causing trouble as the Palestinian Authority (PA) refused to receive tax and customs’ funds collected on its behalf by Israel.

The Palestinian decision came after Israel announced it will cut back the amount paid to Palestinian prisoners and the families of Palestinian martyrs.

Israel gets the money on behalf of the PA from taxes on goods entering the Gaza Strip and the West Bank in return for 2% to Israel as a mediator.