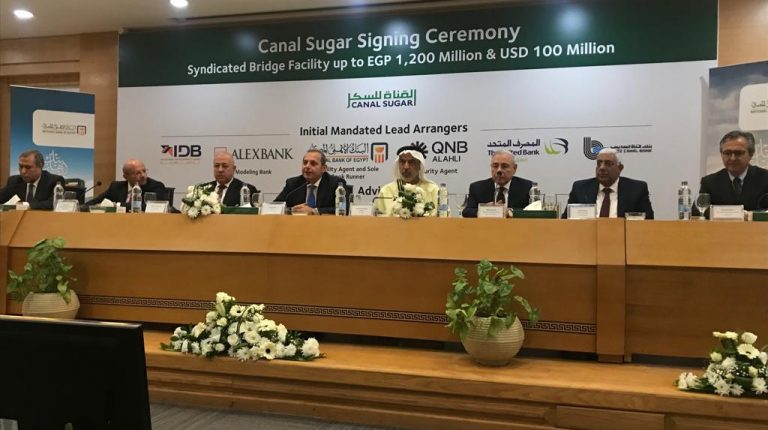 Canal Sugar, an Egyptian joint stock company, headed by the UAE investor, Gamal Al Ghurair, signed today a $100m (EGP 1.2bn) bridge funding agreement with a consortium of six banks to finance the procurement, construction, and operation of its project in Minya for the coming six months and until a $700m long-term loan agreements are finalised.

The company had appointed Al Ahly Capital Holding as the financial adviser for the transaction and the sole book runner and global coordinator with the export credit guarantee companies.

The project investment’s cost amounts to $1bn and aims at developing the world’s largest beet sugar production facility with a capacity of 900,000 tonnes/year, as well as the reclamation of 181,000 feddan of desert land which lies in west Minya in order to grow 2m tonnes of sugar beet per year.

The banks consortium, led by the National Bank of Egypt as facility lead arranger & sole book runner, include the Qatar National Bank as a security agent, the Bank of Alexandria, the Industrial Development Bank of Egypt, Suez Canal Bank, and the United Bank.