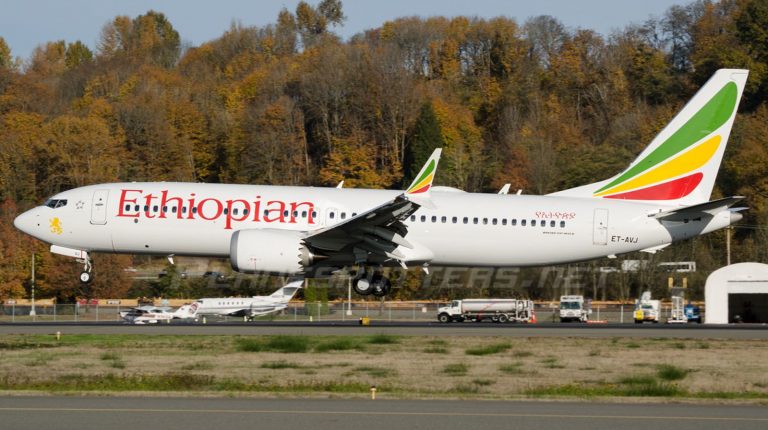 An Ethiopian Airline passenger jet crashed on Sunday shortly after taking off from the capital Addis Ababa, killing all those on board, according to the state-run Ethiopian Broadcasting Corporation (EBC).

The Ethiopian Airlines Boeing 737 was heading to the Kenyan capital Nairobi in a regular flight, carrying 149 passengers and eight crew members.

EBC confirmed that there were “no survivors” from the crashed flight, which it said was carrying passengers from 33 countries.

The victims included six Egyptians, two Moroccans, 18 Canadians, 32 Kenyans, and others from France, Britain, China, the United States, Ethiopia, according to the Ethiopian Airlines’ CEO.

The airline said that the aircraft crashed near the town of Bishoftu, about 50km south of the Ethiopian capital. It asserted in a statement that “search and rescue operations are in progress.”

Ethiopian Prime Minister Abiy Ahmed paid his tribute on Twitter to those killed on Sunday’s tragedy.

“On behalf of the government and people of Ethiopia, would like to express our deepest condolences to the families of those who have lost their loved ones on Ethiopian Airlines Boeing 737 on a regular scheduled flight to Nairobi, Kenya this morning,” Abiy tweeted.

The last major accident involving also an Ethiopian Airlines passenger jet was in 2010 when a Boeing 737-800 crashed shortly after it left Beirut, Lebanon and killed 90 on board.