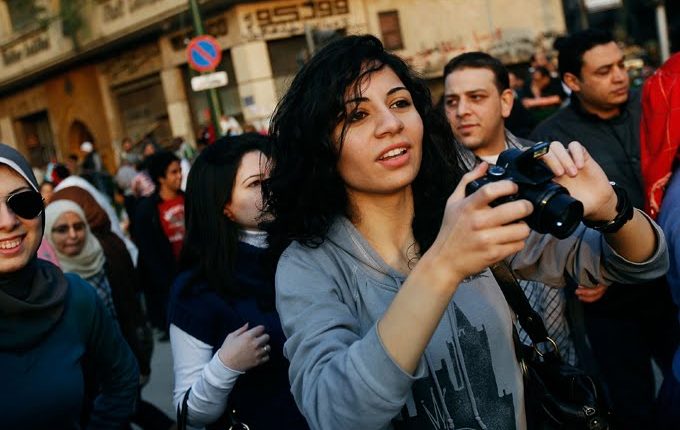 Globally, women of different ages, cultures, and struggles marked International Women Day (IWD) on Friday, 8 March, as most of them are still confronting increasingly more limitations and hardships regarding their essential rights.

In Egypt, women often resist ongoing challenges including the right to live alone and independently away from their families. Young independent women, single mothers, and divorcees or widows choose or are compelled to live without, what is largely seen, as the social protection of men. In response, society hounds them and exploits them for living alone peacefully.

English writer Virginia Woolf once said, “a woman must have money and a room of her own if she is to write fiction.”  Similarly, hundreds of women decided to enjoy an independent life with all its obstacles. Most of them moved to Cairo looking for better opportunities, good salaries, or simply running from daily pressures inside their parents’ homes, restrictions and interference or sometimes domestic or sexual violence.

The 25 January Revolution in 2011 brought dreams of freedom and independence. Egyptian women largely participated in demonstrations and marches calling for freedom, bread, and social justice. Since then, women increasingly moved to the capital city chasing their dreams away from remote and stagnant governates, taking on their entire personal responsibilities upon their own shoulders. 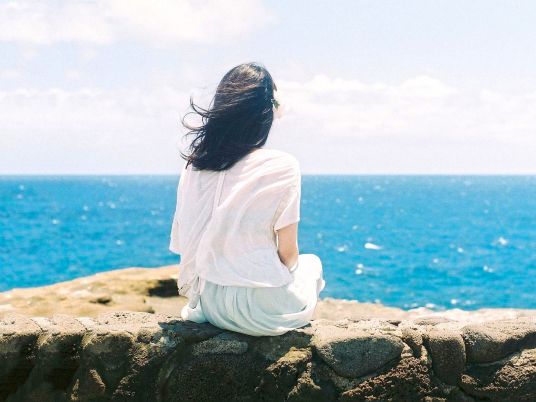 However, the journey to rent houses and rooms in tough Cairo has never been easy, especially in a society that does accept the concept of women living separately from their families.

There are no available numbers or statistics about women living alone in Egypt. According to the Central Agency for Public Mobilisation and Statistics on the IWD, the number of females in Egypt reached 47.5 million compared to 50.5 million males in January 2019.

Noha, a 35-year-old mother for two, could not easily find an apartment to rent. “They refused to rent me a house because I am a divorced woman, and if they agreed, they warned me from hosting men,” Noha told Daily News Egypt (DNE).

The young translator added that when she finally found a flat, her landlady knocked on her door after midnight when she noticed a man visiting her. “He was my father who passed by to visit me and the children. We suddenly found her violently knocking on the door and inquiring about the man in my apartment,” Noha recalled.

Meanwhile, Dalia, a young journalist further reported facing the same restrictions. She noted that landlords and brokers refused to allow her to rent when they knew that she is an expat working in Cairo. “They said, sorry. We prefer families.”

Police at the doors

Safaa, who left her hometown six years ago, has never thought that she could face such a situation when she and her flatmates unexpectedly found a police officer at their door at dawn inquiring about the existence of a ‘female thief,’ in their house.

The 28-year-old reporter recalled her fear as they refused to open the door for him. “The porter, who used to bother us because we were the only girls’ apartment in the block, guided the police to find their wanted girl in our apartment,” Safaa told DNE.

Furthermore, Safaa added that the issue was solved when their old neighbour offered to search for the girl instead of the police officer and then he told him he did not find her.

Safaa had moved to Cairo after she got hired in a prominent newspaper. In order to make such a decision, she went through hardships with her family who refused to let her go. However, Safaa said, she was lucky that they did not use violence against her.

“Of course, they tried to prevent me from leaving through pressuring me to withdraw my decision, but eventually, I did what I want,” Safaa noted.

“I believe that everyone has the right to have their own independent life and house. We are not supposed to continue to live with our families under their protection. We have to take responsibility for our lives,” Safaa pointed out.

During her first months in Cairo, Safaa had to live in a lower-scale neighbourhood, where it was hard for a young woman to live alone. She was compelled to this choice because renting in such areas was cheaper and suitable for her economic condition.

“The experience was horrific. The porter was very intrusive. He was searching in girls’ garbage to find something that would cause trouble. Before I moved, he found cigarettes in the girls’ rubbish bags. Do you imagine, he was looking into girls’ garbage bags,” Safaa wondered?

Meanwhile, Safaa also faced risks of sexual harassment in that area. “I really did not wear makeup at the time. I was a very young veiled woman, but this never stopped the harassment,” Safaa noted. 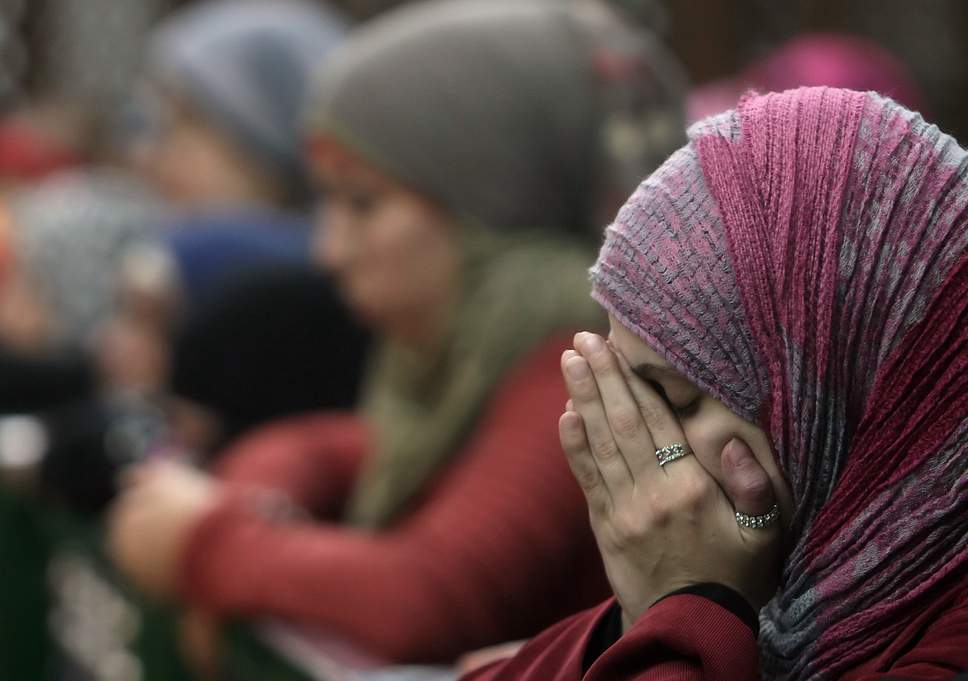 However, Safaa acknowledged that she never regretted living alone. But sometimes she felt how hard it is to continue. “Yes, there are times I felt I was not safe. I lived with flatmates who hosted men we didn’t know or trust without even informing us. This was a huge violation of our safety and privacy,” she concluded.

Regardless of the challenges facing expat women, Cairo residents confront more difficulties if they decide to leave their family homes, especially that in the eyes of landlords, they have no excuses to live away from their families.

Nada decided to leave her parent’s house in Dokki to rent a private apartment in a lower-scale neighbourhood in Faisal in 2016. However, she returned to her family home two months ago.

The 35-year-old marketing manager walked around the Faisal neighbourhood to ask residents about possible rented flats. “I did not turn to brokers because they take advantage of independent women. It is as if, if you want your freedom, then you’re forced to pay for it. This means two or three times of their supposed commission,” Nada said.

Moreover, Nada noted that one time a landlady inquired about her virginity. “I answered her that here is my national ID and yes I am a virgin and I did not get married before,” Nada pointed out. Additionally, Nada noted that when the landlady insisted for a guarantee, she replied ironically that she could be subjected to a medical virginity examination if she wants.

Another time, Nada said that a landlord offered her a studio on a roof, but he said he would keep the keys of the roof. “I did not accept,” she said.

After a while, Nada settled in an apartment in a family building where she spent more than two years. “Of course, she set her rules. No men visitors,” Nada noted.

But it was not limited to this condition. The landlady tried to interfere into Nada’s personal life, by offering unwarranted comment about her outfits. “I was an unveiled woman, so she kept commenting on my clothes especially during Ramadan. But I stopped her,” Nada elaborated.

In the neighbourhood, Nada noted that people were very curious about the nature of her work. “I was working in civil society, so I had to travel a lot and spent days outside my apartment, and this increased their curiosity and interference,” Nada noted.

In the end, she could not bear to live in this kind of neighbourhood, where she said, people watched all her movements. Nada returned to her family home until the economic conditions improved and she could rent a flat in a better neighbourhood. 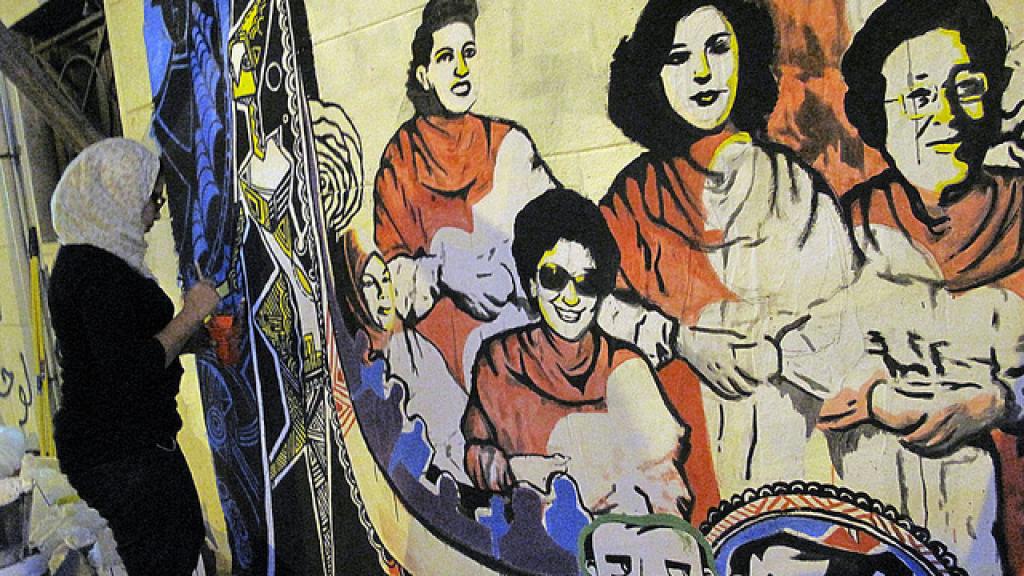 Fortunately, Hadeer did not face major challenges in her independent life inside Cairo. But it was not devoid of inconveniences. “I was not the one responsible for searching for apartments, as most of the times I rented directly from other flatmates,” Hadeer pointed out.

However, she recalled that one time a male neighbour yelled at her in the building when he saw her male colleague entering her flat. “I invited a trusted colleague because I did not want to be alone with the carpenters who were installing items of furniture inside,” Hadeer noted.

“The neighbour did that because we were women living alone. He was interfering in our personal affairs because we were the only rented apartment in the building. All other residents were families, so we were under the spotlight,” Hadeer added.

In order to save costs, Hadeer lived in flats which lacked essential facilities such as washing machines and an internet connection. The 29-old-year photojournalist had to spend most of her days in cafes to finish her work. “Even inside cafes, there was sexual harassment.”

Hadeer said that paying the rent was more important than food. “I might not eat, but I had to pay rent. Sometimes I had to borrow my rent when I got fired from my work. It was not easy, but I survived.”

All names of the women in this report have been changed upon their request.