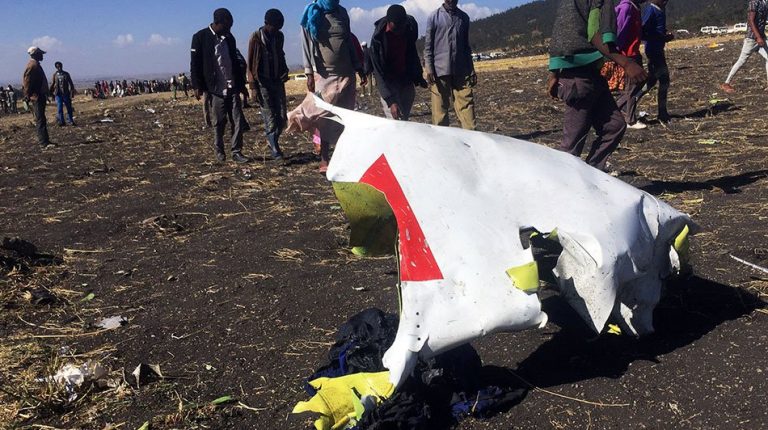 The black box from the crashed Ethiopian Airlines plane has been recovered, the country’s state-sponsored media outlet said, amid concerns around the safety measures of Boeing airplanes.

An Ethiopian Airlines Boeing 737 crashed on Sunday, shortly after taking off from Addis Ababa, killing all eight crew members and 149 passengers onboard the Nairobi-bound flight.

People from 35 countries were onboard the flight, the airline said in a statement posted on Twitter. The airline has said that among the dead are 32 Kenyans, 18 Canadians, and nine Ethiopians, as well as six passengers from Egypt.

A statement by the Ethiopian Prime Minister’s office expressed its “deepest condolences” to families of the victims and declared a national day of mourning on Monday.

The crash was followed by criticism of Boeing planes.

The first backlash was that all Chinese carriers were ordered to suspend the use of their 737 MAX 8 airplanes on Monday, a day after one of the Boeings’ narrow-body jets crashed in Ethiopia, China’s aviation authority said.

“Given that two accidents both involved newly delivered Boeing 737-8 planes and happened during the take off phase, they have some degree of similarity,” the CAAC said. The suspension, according to the CAAC, follows the body’s principle of zero-tolerance on any safety hazards.