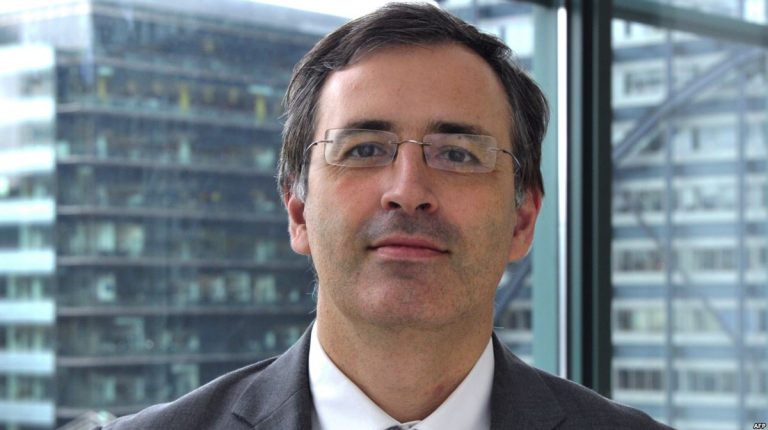 The European Bank for Reconstruction and Development (EBRD), in collaboration with the European Investment Bank (EIB), and the World Bank Group (WBG), are conducting a business survey entitled the ‘Business Environment and Enterprises Performance Survey’ in 40 countries including Egypt, Chief Economist at the EBRD, Sergei Guriev, said.

“A year from now we will be able to tell which Egyptian businesses suffer more from taxes, regulations, lack of skills and so on,” Guriev added during a meeting with a limited number of Egyptian media representatives.

The aforementioned survey differs from the WB’s doing business report, he added, explaining, “our survey will depend on the views of a group of experts, as well as asking the firms themselves. We ask a big selection of Egyptian firms and in a year, we will be able to answer precisely what are the challenges that face the thriving of the economic growth.”

The survey’s outputs are expected to be announced early 2020, he said, affirming that Egypt has carried out major macroeconomic adjustments which increased the market confidence.

“The Egyptian reforms are extremely impressive and enhanced Egypt’s economic policy framework,” he said, adding that the reforms were very painful and costly to the society, but they were necessary changes otherwise the macroeconomic situation would not be as stable and sustainable as it is now.

Egypt is reducing the debts and achieving a primary surplus, and now countries are more open to invest in the Egyptian economy, Guriev elaborated, adding that the next step is to implement more structural reforms, invest in human capital, infrastructure, open up competition, support the foundation of SMEs and help them to move into the formal sector.

“Investments need macroeconomic stabilisation as a necessary precondition, which is in place now. Sustainability of the Egyptian macroeconomic framework exists, and this is a great achievement, while the next step is the structural reforms,” he mentioned.

The EBRD evaluates Egypt’s last three years as a positive experience in terms of macroeconomic indicators, he asserted. However, he also told Daily News Egypt that the country’s increasing external debts are a major challenge.

“In order to be less dependent on external debts and more resilient to external shocks, Egypt has to develop the local currency pound denominated instruments in financial markets,” Guriev elaborated.

Inflation has to be brought down to single digits, he said, adding, “the latest statistics show that inflation is coming down and of course when you remove subsidies, prices will hike.”

“Foreign direct investments are lower than what Egypt needs, and investments in general. Authorities need to promote investments, facilitate entry of new businesses to remove barriers, fight corruption at all levels, and eliminate bureaucracy,” Guriev mentioned.

Additionally, the government has finally started to move toward privatisation, he said, adding, “The government started recently with a tobacco company. We don’t participate in the tobacco industry but in other deals, and we will try to be supportive not verbally or methodologically but also financially.”

Guriev confirmed the importance of reducing the government’s presence in the economy, noting that privatisation is improving the efficiency of firms and reducing corruption as well as raising funds for the projects.

Moreover, the EBRD supports the reduction of subsidies only when it is coupled with the social support of the most vulnerable citizens, he affirmed, adding that it was a necessary condition to ensure that the reforms protect the vulnerable classes.

The bank is interested in Egypt’s privatisation programme, he asserted, adding, “we will reveal all the deals whenever we sign them… we are interested in mix of deals including banks, companies, and infrastructural projects.”

Expenditure on infrastructure projects positively impact people as well as GDP growth, noting that the EBRD strongly supports investments in railways and roads.

Notably, the EBRD’s First Vice President, Jurgen Rigterink, paid Egypt a four-day visit over which he had several meetings with senior government officials and business representatives, in addition to visiting the Benban Solar Park in Aswan, which includes 16 solar plants funded by the EBRD. Once completed, the 16 plants will generate 750MW of electricity which account for more than a half of the park’s 1,465MW total contracted capacity.

The projects are expected to reduce carbon dioxide emissions by 900,000 tonnes a year.

Egypt is a founding member of the EBRD. Since the start of its operations in Egypt in 2012, the bank has invested over €4.8bn in 91 projects in the country. The year 2018 was a record year for Egypt, which became the largest EBRD country of operations with the provision of €1.15bn through 19 projects, covering all sectors of the economy.

Egypt is part of the southern and eastern Mediterranean regions (SEMED), which is currently the fast-growing region of the EBRD operations. The bank invested €2bn in more than 50 projects in the SEMED in 2018, bringing the total to €9bn since the beginning of its operations in 2012.

Furthermore, in support of small businesses in the SEMED region, the bank also provided advisory support to 586 small enterprises in 2018, according to past statement by the bank in January 2019.