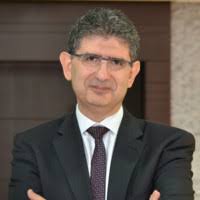 Tameer Engineering Consultants has achieved a growth rate of 64% in its sales and profits for 2018, totalling EGP 742m, compared to EGP 453m in 2017, according to its Chairperson, Saad Al Wazzan.

The company said in press statement on Thursday that it has achieved a consolidated profit of EGP 331m before cutting a minority share, compared to EGP 201m in 2017.

Al Wazzan attributed the growth to the success of the company’s marketing strategy and the finance structure of its projects.

Additionally, he added that the significant growth in the company’s consolidated sales and profits since 2016 is a direct result of the plan set by the board of directors to develop the company’s performance in line with the requirements of the contemporary Egyptian market.

For his part, Antoine El Khoury, the managing director at Tameer, said that the company has set ambitious targets for 2019, including the launch of marketing and implementation of the second phase of the Diyar 2 project with a total target sales of EGP 1bn and total additional investments worth EGP 600m.

Furthermore, El Khoury added that the company targets completing sales of the first phase’s units in 2019, as well as delivering the Azad project in New Cairo by the end of 2019, in addition to selling the entire residential units in the project with a total sales value of approximately EGP 1.7bn.