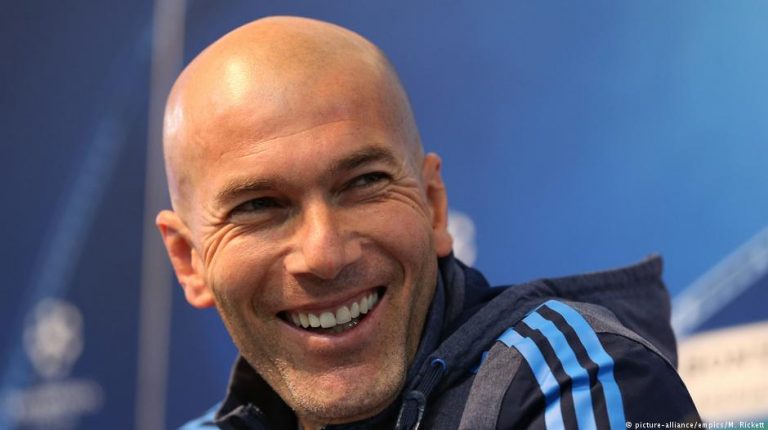 A tumultuous two-week period for the club, where they were knocked out of the Champions League, the Spanish Cup, and fell 12 points behind bitter rivals Barcelona in the domestic league, convinced president Florentino Perez and the Real Madrid board to sack predecessor Santiago Solari.

Former Real midfielder Zidane left the club in May after securing the club's third straight Champions League trophy and it was rumored he would find a new club in the European summer.

But the 46-year-old has surprisingly decided to return to Real Madrid on a contract until 2022.

Solari was sacked following two losses to Barcelona within four days, which effectively ended their chances of winning domestic silverware, and a 4-1 defeat at home to Ajax in the Champions League, which saw them crash out of the prestigious tournament 5-3 on aggregate.

A club statement read: "Real Madrid's board met today and decided to end the contract linking Santiago Solari to the club as first team coach and, at the same time, have offered to keep him at the club.

"The board have named Zinedine Zidane as the new coach to be incorporated immediately for the rest of the season, and for the next three, until June 30, 2022."

"Real Madrid thanks Santiago Solari for his work done and the commitment and loyalty he has shown to what is his home."

It has been a disastrous season for Real Madrid since Zidane decided to step down following the Champions League final victory over Liverpool, with successor Julen Lopetegui sacked just two months into the season and Solari struggling to recover the team's fortunes.