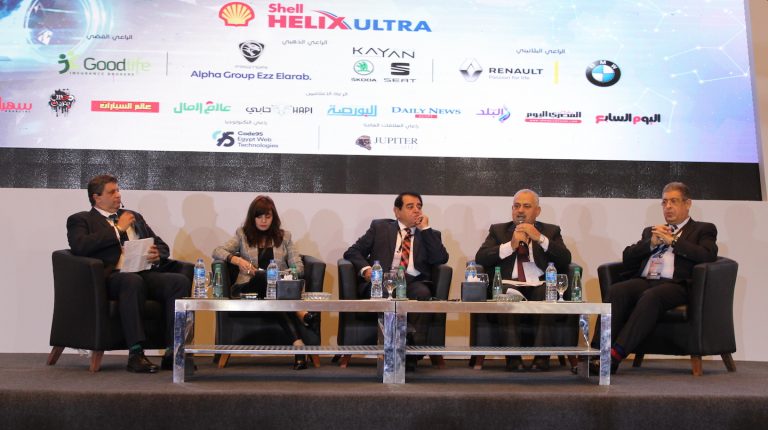 Daily News Egypt interviewed Raafat Masrouga, the honorary head of the Automotive Marketing Information Council (AMIC), over the current situation of the car market and the effects of the ‘Let It Rust’ boycotting campaign on the automotive industry.

Masrouga spoke about the role of the AMIC and the credibility of its reports. He also discussed the profits gained by car agents and dealer in Egypt, in addition to the future of the automotive industry in Egypt and the world.

He stressed the importance of the AMIC, saying it is a data company whose purpose is to confirm, analyse data for the car market, which helps car companies and marketing managers to plan well for sales next year.

The AMIC was originally established to help in solving crises suffered by the domestic car market because of conflicting visions. In 1998, a rise in sales surprised traders when Asian cars entered the market. Some 100,000 cars were sold. Companies prepared to sell even more in 1999, but sales unexpectedly dropped, which led to huge losses. The directors of all companies met in 2000 and decided to establish an entity to collect the car sales data every month, analyses them, and sends a unified report to all companies so that they can put their future sales plans. A bit later, reports were being sent to everyone for fee, including oil companies and some government agencies.

Masrouga said that the AMIC monthly reports are less accurate compared to annual reports, as the longer the period is, the more accurate the reports become. He explained that the situation in Egypt is different from the rest of the world, as the data sent to the AMIC is sales of companies to distributors and traders, not the number of sold cars to consumers, unlike Europe and the US, which are based on real sales.

He pointed out that what was raised about the unreliability of the latest AMIC report for December 2018 was because of some Chinese companies that did not submit their reports in previous months and sent them in December, thus they were added to the report, which increased sales by 15%.

Furthermore, he said that the cars market in Egypt during the current period is witnessing two extremes causing the market recession and consumer confusion, namely importers, traders, and distributors who have offered discounts on Mercedes-Benz and BMW, while the other party are the consumers demanding discounts by over half the price. This caused a state of mistrust between consumers and agents since the announcement of the removal of customs on cars of European origin.

Moreover, he condemned the continuation of the ‘Let it Rust’ campaign in demanding unreasonable requests, as the market is subject to certain conditions. He explained that the rumours spread about the high profits of car sales are illogical. “The campaign should end soon, as it became illogical and the demands have gone beyond the possible, thus losing credibility,” he stressed, urging the youth not to rush, and become aware of the costs incurred by importers.

He disclosed that total profits gained by automotive companies in trading cars are only 16% of car price.

The agent gets a profit of 7-8% of the car price, while distributors have 5%, and traders by 4%. Masrouga explained that traders compete among each other so some may offer discounts to sell more cars. 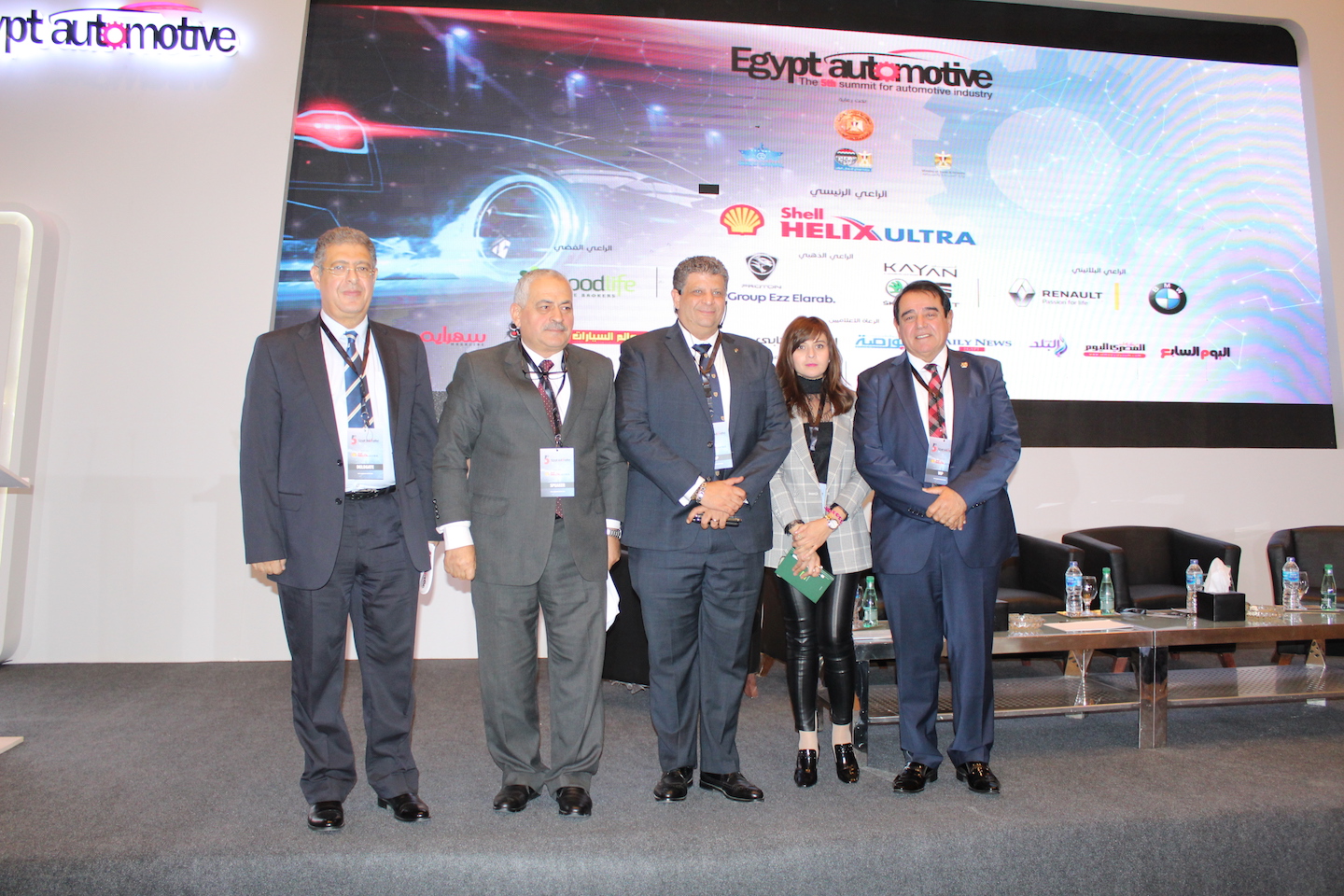 Additionally, he stressed the need for consumers to recognize the size of spending and costs that importers, distributors, and traders bear before the car reaches the end consumer. The cost of cars in Europe before reaching Egypt does not include the cost of shipping, insurance, transfer, rent for the free zone that amounts to EGP 30m per year, the cost of insurance at the free zone, and the interest on loans obtained by the dealerships from the banks of up to 18%. All these costs come along with the value-added tax that is added on the final price.

Over and above, he explained why the prices of some cars in Saudi Arabia are different from those in Egypt, attributing the difference to the gap between the interest rates in the two countries.

Moreover, he said that dealerships also spend on wages for employees, social insurance, rent for their headquarters, stores, and service centres. “If a dealership pays EGP 50m per year, this cost is divided on the number of cars sold. The distributors also add administrative costs, marketing, and advertisements,” he added.

Masrouga said that the boycotting campaign affected car sales during January, which fell by 35-40% and still impacts the sales of February by up to 25%. He expected the market to overcome the crisis and go back to normal levels in March.

In addition, he described the car agents’ silence toward the accusations against them as stupidity, urging them to talk to consumers and explain the truth or run a public relations campaign to restore the consumers’ confidence.

Masrouga referred to the role of the parent companies in controlling their agents’ performance, stressing that they will not allow importers to get that much profits as rumoured.

“The parent company won’t let importers make more money than it does,” he added. “For instance, Toyota found out that Toyota Egypt sells cars to the armed forces and intelligence services on tenders at lower prices than the normal prices for end consumer and made a big profit during that period. It sent the agent a strongly worded letter and demanded the return of the profits to the parent company.”

Masrouga excluded that parent companies would withdraw dealership rights from agents in Egypt following the boycotting campaign, as the parent companies visit the market regularly and can see for themselves that the decline in sales is caused by recession or misconduct. “As long as the agents are spending on marketing, the parent company will not withdraw the dealership, as these are market conditions.”

The decline in sales during the past months will not significantly affect the profits of agents and companies because large companies are operating the cumulative accounting system, meaning that they realised profits in previous years and can cover for the current period while still spending on salaries and administrative costs, he explained.

Furthermore, he warned consumers not to deal with new car importers that have recently emerged, adding that a single company cannot deal with all brands and obtain the Euro 1 Certificate, provide maintenance centres, and more. “With 50 years of experience, I can say this is very suspicious. Companies cannot begin importing before one year since inception,” he explained.

He added that there are no guarantees for clients who give money to these companies, which will most likely be money-making companies.

Masrouga said: “Egyptian automotive industry cannot be based on protective measures by lowering customs on local cars and making imported models more expensive. On the contrary, I ought to remove the measures. If customs are 0% on European cars, it must be 0% on all.”

Additionally, he pointed out that Egypt’s automotive industry strategy were based on two models, one is a consuming country like China, and the other relying on exporting such as Morocco.

China’s experience is based on domestic consumption. After the decline in car customs, prices have become affordable, and the consumption of 30m cars increased every year, prompting all parent companies to set up factories to assemble their cars in China instead of shipping such a large number of cars.

“In Morocco, there is no high consumption, so car makers rely on exporting. The kingdom invited companies and they met with the king in person. He gave them the land, the workers, the guarantees, and removed taxes, which prompted them to make low-cost cars to export them at low prices,” he explained.

What’s more, he expressed his optimism about the personal interest of President Abdel Fattah Al-Sisi in the future of the automobile industry and praised his meeting with Mercedes-Benz to return to Egypt before meeting with Peugeot and BMW in Germany. He said this was a strong start to restore the industry in Egypt, given that Egypt has a distinct position, making it an export hub for Africa, the Gulf states, and Asia. He urged the need to develop consumption.

“We have 120 million people in Egypt. If consumption reaches 1m cars per year, it will signify a breakthrough,” he explained.

Moreover, he highlighted the success of Chinese cars in Egypt, expecting them to become the world’s best cars in 2025. He noted that Chinese cars are the most manufactured and will be the most bought. China outputs 30m cars per year and only exports 700,000 cars. Egypt is one of the largest importers because of their prices and accessories.

Electric cars are the future and will invade the world in less than eight years, he said. The world produces 110m cars a year, and by 2025, 20m electric cars will be on the streets and slowly take over the market until they reach 100% by 2050. Electric cars, he said, will invade Egypt, just like all commodities, including smartphones.