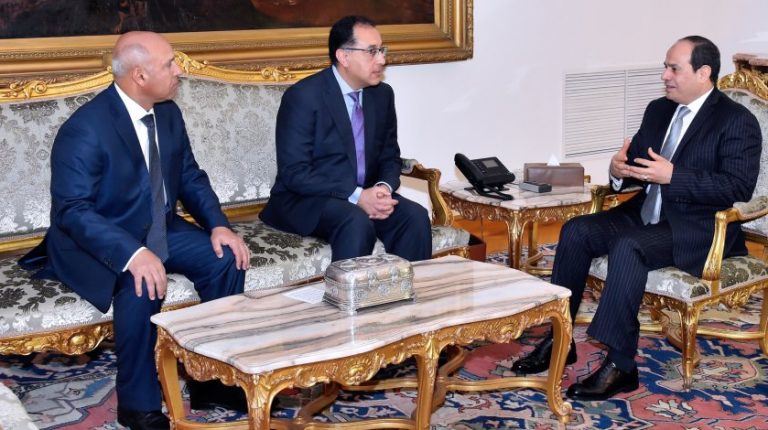 Newly appointed Minister of Transportation Kamel El-Wazir said that a new strategy under the slogan of ‘do not compromise or shorten’ would be implemented to ensure the safety of passengers, during his first meeting with ministry’s top officials on Monday.

This comes a few hours after El-Wazir met with President Abdel-Fattah Al-Sisi in the attendance of Prime Minister Mostafa Madbouly and was directed to exert the utmost effort to develop the railway system in a comprehensive manner.

El-Wazir said during his meeting with transportation leaders that the Egyptian citizen is expected to witness distinct progress in the railway sector by 2020 and that all should work on completing projects that have been recently started to upgrade transportation services across the country for the public.

The minister said that Egypt’s new metro stations will be completed as it is one of the most important means of mass transportation in Greater Cairo, adding this will come in light of the great interest for the Egyptian government in developing the mass transportation system, as well as the national projects in the fields of roads and bridges, which have had a significant impact on Egypt’s improvement in the international competitiveness report 2017/18 compared to 2014/15 in road quality where Egypt advanced from the 118 position to 75th.

The work will be among all employees of the ministry in all its sectors and bodies in order to achieve a significant advance in the sector which positively reflects on the lives of Egyptian citizens and the national economy, he said.

The minister added that the railway is an important vital facility that transports millions of passengers daily and that the ministry will focus in the coming period on completing the development projects of the sector starting from modernising the signs, lanes and stations and infrastructure to the supply of new vehicles for passengers and goods.

He pointed out the implementation of a comprehensive programme to qualify the human element as it is the most important factor affecting the success of the system.

Moreover, El-Wazir received on Monday, former Minister of Transport Hisham Arafat in which he praised the great efforts exerted during his tenure to develop the transportation system despite the great challenges in the sector which serves millions of citizens daily.