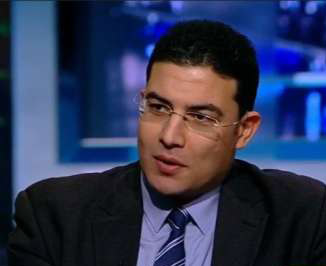 Globaltronics is preparing to produce pre-paid electricity metres with new specifications next month.

Hany Karawia, the vice chairperson of the company for research and development (R&D), told Daily News Egypt that the company has submitted a proposal to the Egyptian Electricity Holding Company (EEHC) on the production of a pre-paid electricity metre that can be topped up via Bluetooth and mobile phones.

He added that Globaltronics has revealed a pilot application to top up the metres and link them to e-payment services and Bluetooth and was introduced in the scope of the distribution companies of north and south of Cairo. The fees for using the app are only EGP 3.

Furthermore, he explained that the EEHC decided to adopt the idea of the application and the production of Bluetooth pre-paid metres, as the company awaits the green light from the EEHC to begin mass production, which is expected within three weeks.

The advantages of the new metre include topping up the metres up to three floors away from it. The consumer can retrieve the balance information using the mobile phone.

Karawia said that Globaltronics denominates 70% of the pre-paid electricity metre market in Egypt. The company has finished supplying approximately 4.1m metres and installing them in all governorates of the country.

Additionally, he explained that Globaltronics will complete the supply and installation of its share in the pilot project of smart metres before the second half (H2) of this year.

The total share acquired by Globaltronics in cooperation with Sagimco is about 70,000 smart electricity metres in the north and south of Cairo electricity distribution companies, as part of 250,000 smart metres the EEHC aims to install this year.

Furthermore he said that the company continues to produce metres, noting that production capacity is 10,000 metres per day, including 80% local components. He pointed out that a 100% made in Egypt metre is difficult at the moment–the alternative is to assemble the components here instead.

“The EEHC has announced a plan to replace 30m electricity metres over the next 10 years, and the company will produce metres in order to meet the needs of the market, as well as export to Arab and European countries,” he said.

Smart metres have several advantages for the consumer and the state, such as energy conservation and eliminating the problems of misreading, he added.

The smart metre allows the subscriber to charge the card at any time from the designated charging centres and through the mobile phone before or after consumption.