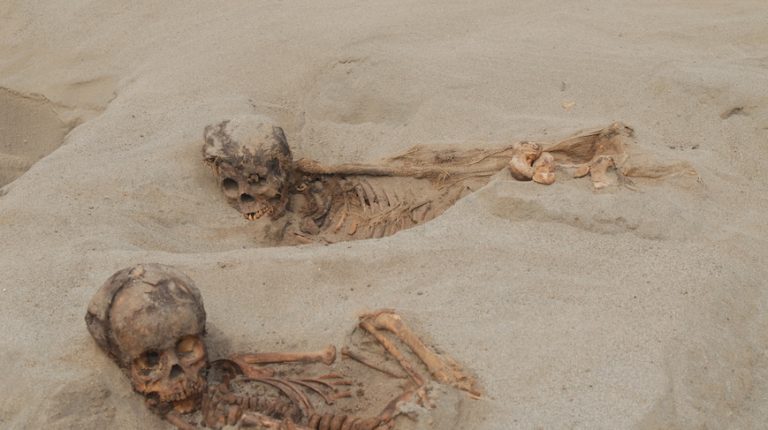 About 100 metres away from the Pacific coast in Huanchaco province, northern Peru, researchers noted the appearance of bones among the sand in what scientists later found to be a mass grave.

Firstly, Gabriel Prieto, a professor of archaeology at the National University of Trujillo, found the remains of 43 children and 74 llamas in a hole which he later found was used for burial for ancient religious rituals. 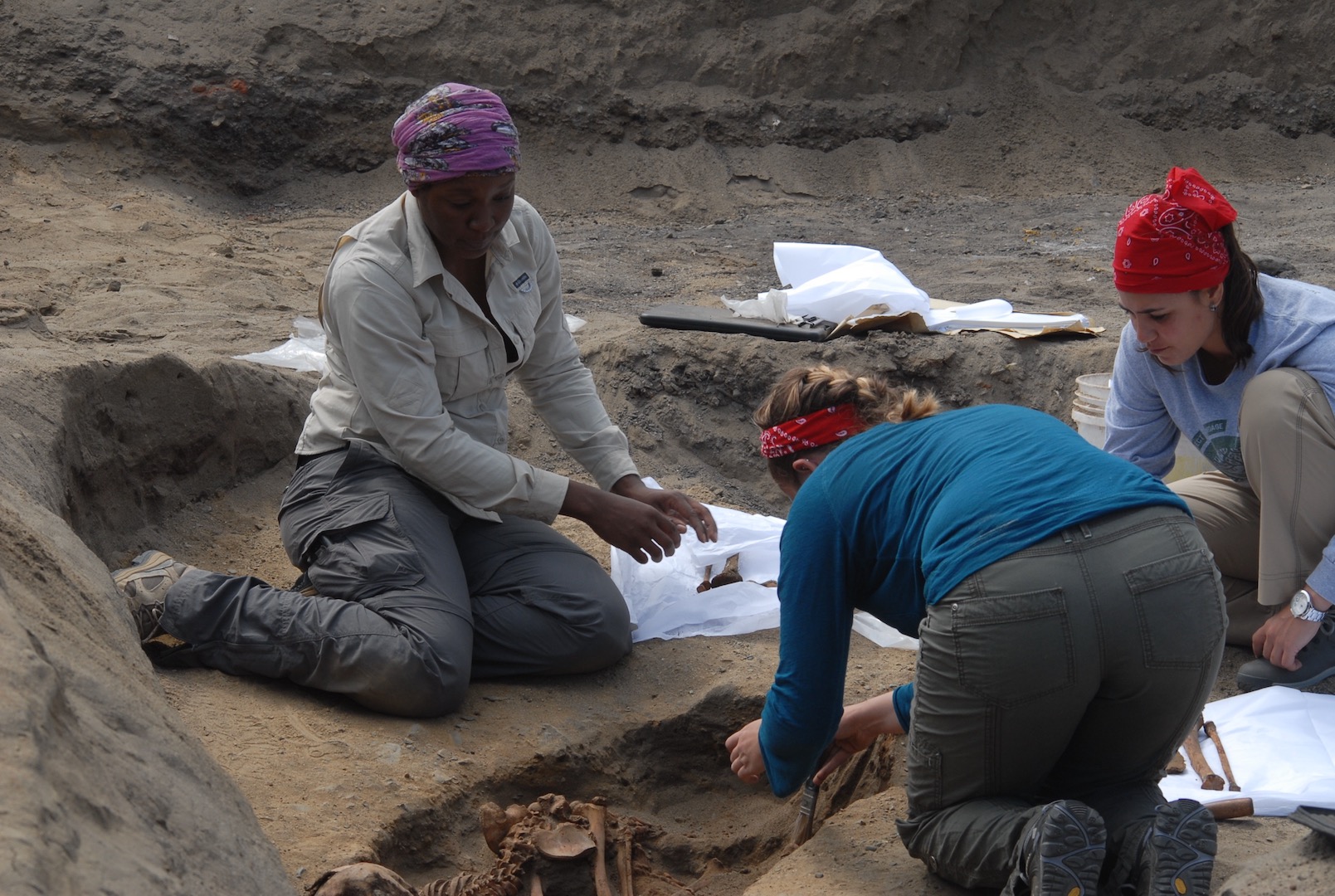 After exploring the area, archaeologists and anthropologists uncovered a mass grave for more than 140 children, three adults, and about 200 young llamas.

The grave dates back to over 600 years, and archaeological evidence has shown that children, adults, and llamas were all slaughtered as a sacrifice for the sake of ancient ancestors belonging to the prehistoric Chimú culture.

The Chimú culture had flourished in the region along the north coast of Peru from about 900 until 1470 AD, at the time when the Inca empire invaded the region.

The archaeological site of Huanchaquito-Las Llamas, where researchers found the grave, is one of the largest cases of child sacrifice ever known in the Americas.

A recent study published last week in PLOS One journal explained the results of the study of fossils that were found by the research team from Peru. The study is evidence of previously unknown rituals involving a large sacrifice of children and llamas.

Prieto told Daily News Egypt that this discovery was a shock for him and his colleagues, as they found many skeletons belonging to children. According to the lead researcher in the study, it took five years to reach the findings of the paper, after the analysis of bone DNA. 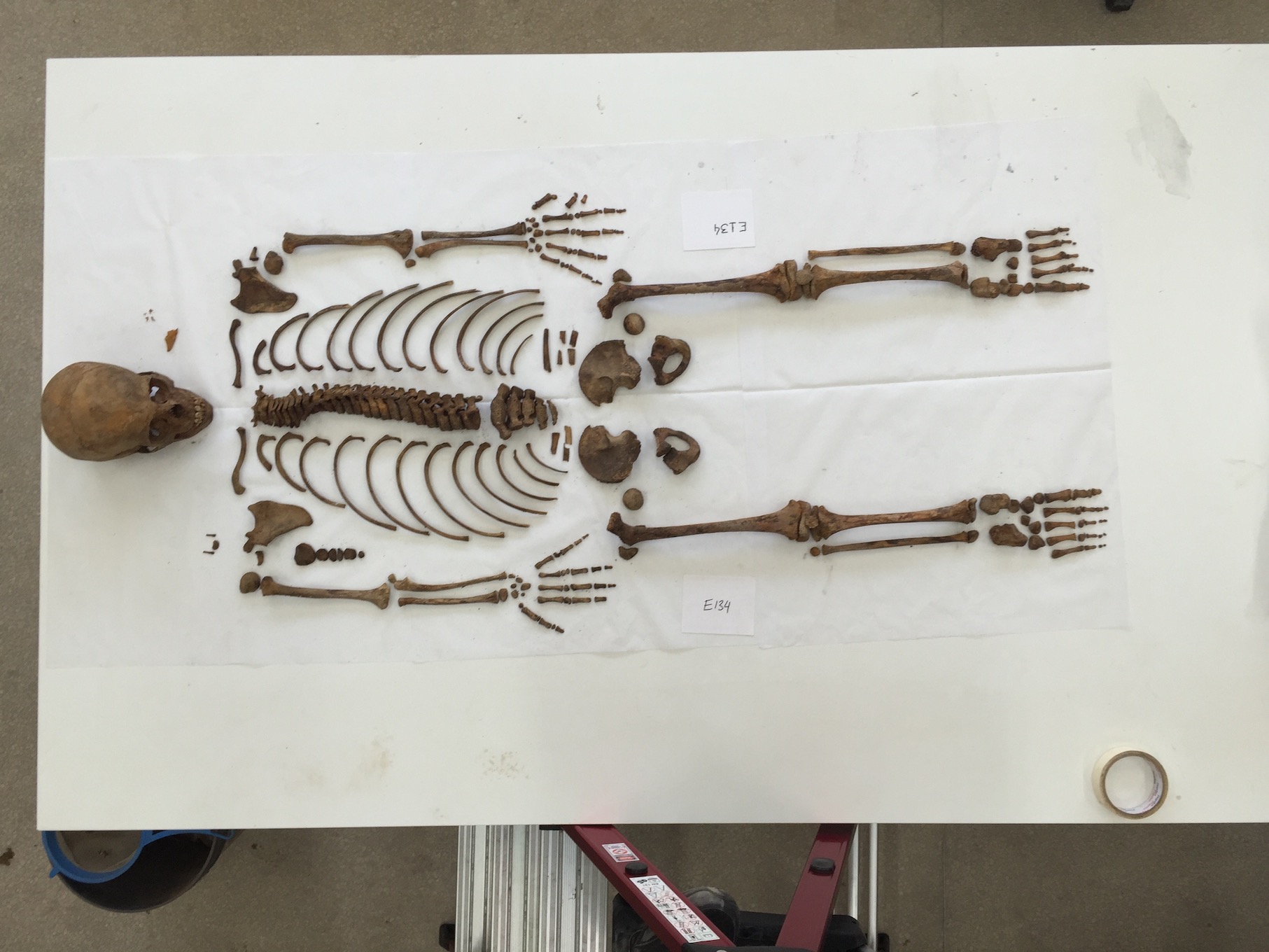 The Chimú culture was based on a community of master agriculturalists who had developed a sophisticated network of water channels to bring water from the mountains to irrigate fields and deliver fresh water to palaces, gardens, squares, and temples.

Perhaps all the children may have been killed by one horizontal slab, and the structures indicated that many chest cages have been emptied, so scientists believe that the children’s hearts may have been removed shortly after death.

“We cannot prove that, but it was certainly common and important in the Mayans’ rites to take out a still beating heart,” Prieto added.

Little is known about the faith of the Chimú people, since they did not keep written records and their art is very symbolic, so the mystery of the great sacrifice of children and llamas is unclear.

However, scientists pointed out that the children and llamas were buried in a thick layer of mud on top of the sand, suggesting that the sacrifices occurred after heavy rains caused flooding and mudslides in the area.

Although the northern coast of Peru is very arid, the El Niño climatic phenomena can bring heavy rains and unexpected floods to the region.

Scientists believe that the great sacrifice of children and llamas was a sacrifice for the Chimú ancestors to stop the heavy rain that had affected their economy. At that time, the people of Chimú used to believe that their ancestors controlled the rain and climate conditions.