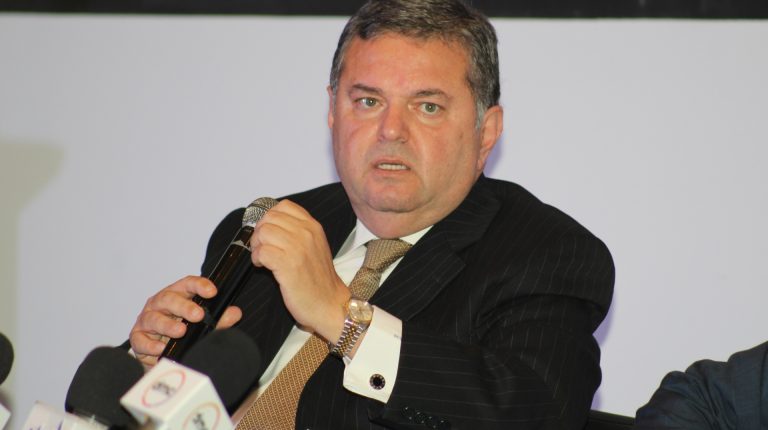 The regular general assembly of the Holding Company for Construction and Development (HCCD) has approved the business results for fiscal year (FY) 2017/18.

The regular general assembly of HCCD was held on Tuesday, headed by the Minister of the Public Enterprise Sector, Hisham Tawfik, and in the presence of the chairperson of the company, board of directors, and representatives of the Central Auditing Organisation and the Ministry of Finance.

Mahmoud Hegzay, chairperson of HCCD, has presented a report for FY 2017/18 to the board of directors. It showed the increase of the total revenues of the company to EGP 1bn with 1.9% growth, while the net profit reached EGP 725m with 6.4% growth compared to FY 2016/17.

The assembly has also approved the suggested distribution of profits for FY 2017/18, as the share of the Ministry of Petroleum reached EGP 100m within the framework of supporting the state’s treasury.

The report of the board included the most prominent projects implemented by the company and its affiliates, including Al-Asmarat neighbourhood, as well as the water and sewage stations in Menoufiya, 10th of Ramadan City, Alexandria, Assiut, Sohag, and Luxor, in addition to the first phase of New Tushka and the vaults of New Assiut City, alongside with the expansions in projects outside the country in the Gulf and Africa.

On the other hand, the irregular assembly of HCCD headed by the Minister of the Public Enterprise Sector has approved amending the main system of the company with an increase in the paid-up capital by EGP 45.6m to reach EGP 1.6bn.

HCCD businesses to have EGP 15bn value by end-current FY