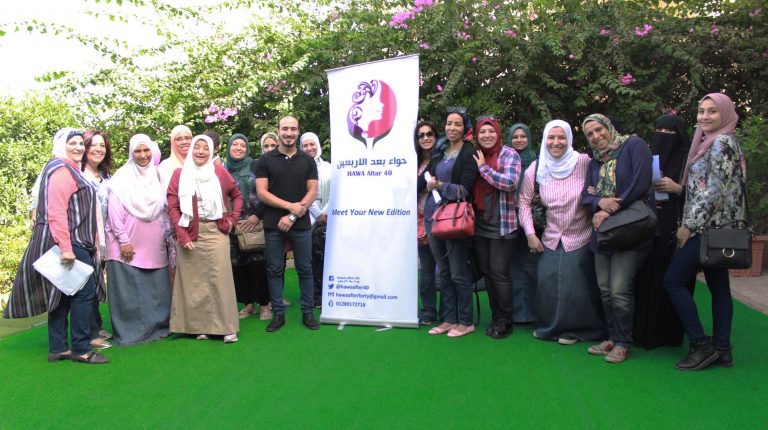 “To every woman who turned 40 or above, you have not run out of time, there are a lot of opportunities awaiting you, life still goes on,” it was with these words that Abeer Daif began to think about an initiative to bring together all women in their 40s and above, and call it ‘Hawa After 40’. 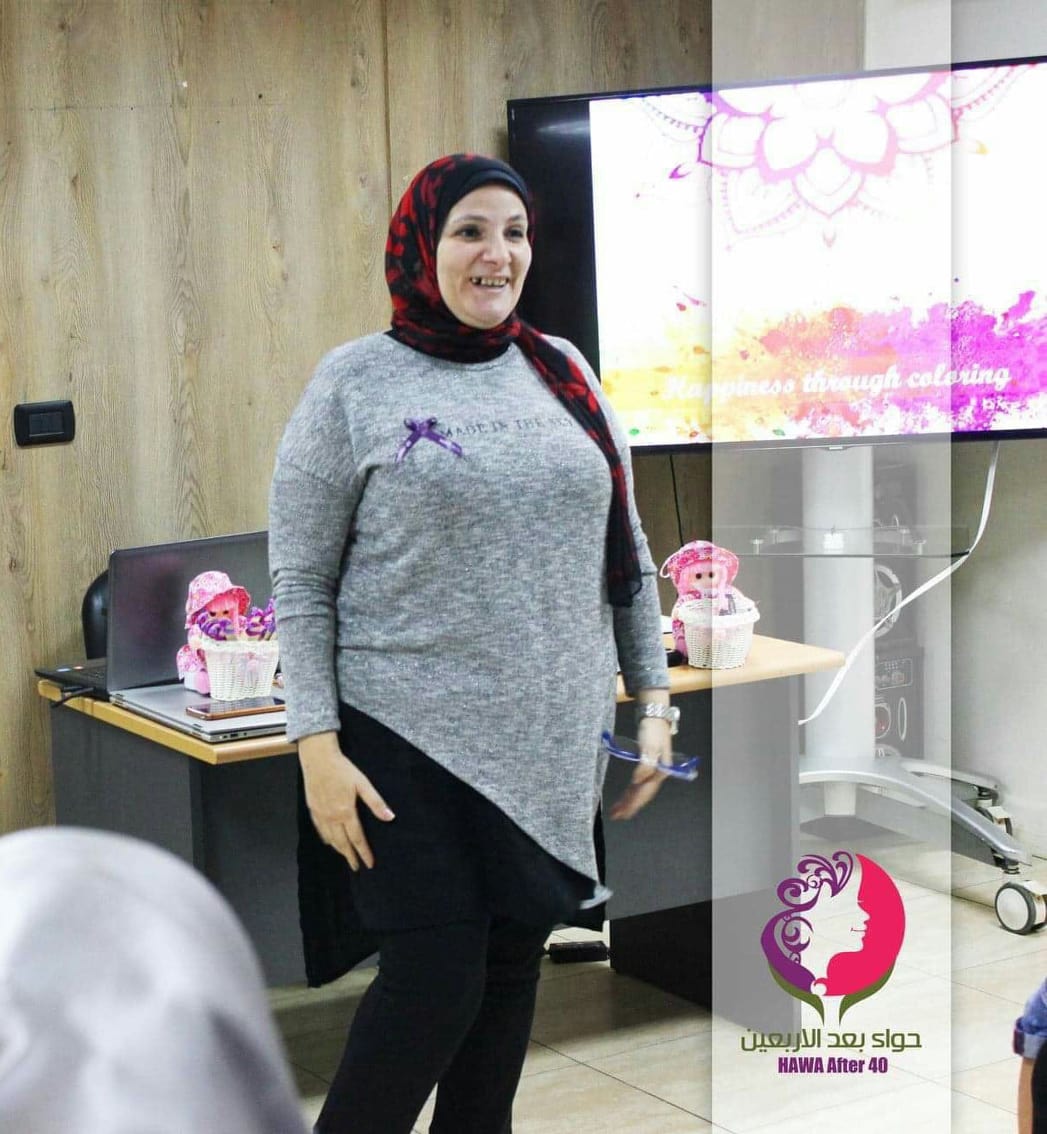 Daif, the founder of ‘Hawa After 40’, told Daily News Egypt that ‘Hawa After 40’ is a community or a network based in Maadi-not just an initiative that brings together women in their 40s and above-seeking to help them learn new skills to enter the labour market through offering them workshops and courses, in addition to teaching them how to shift careers, how to establish their own businesses, how to market their projects, as well as pricing and selling their products or services.

She stated that the individuals who give the courses are professional specialists in every field, mentioning that these courses are given at nominal prices.

“We also help women through offering them jobs in our online network, in addition to that, ‘Hawa After 40’ is cooperating with major companies to offer women after 40 freelance or part time jobs,” she continued.

Daif explained that the idea of originating this initiative came after her personal experience with re-entering the labour market after her 40s.

She narrated that after losing her job in her 40s, she underwent many interviews to join various companies, but unfortunately, she got rejected due to being over qualified and her age.

“Also I tried to enter many courses to learn new things, but unfortunately I also got rejected for the same reasons, which was not logical for me,” Daif said in frustration. 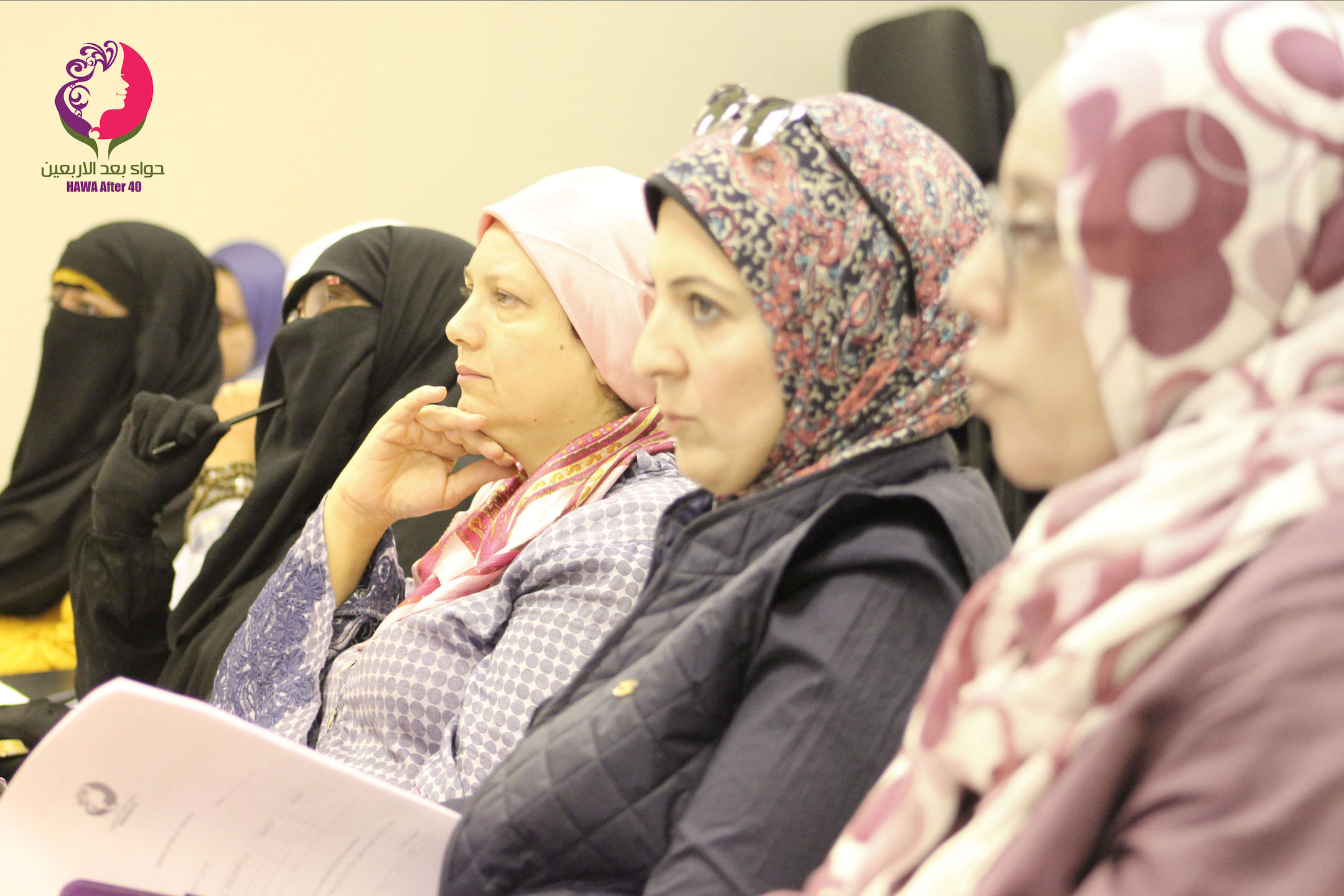 She proclaimed that the feedback regarding her initiative was really good, pointing out that it witnessed the entrance of not only Egyptian women, but also Arab and European women.

By asking Daif why she chose this age specifically, she explained that women in their 40s and above always feel that life has ended for them and that they entered the last phase of life, as at that age women undergo many hormonal changes.

“Meanwhile, women see no support from any companies or institutions at that age, while many courses and workshops and even motivation rhetoric is directed at women in their 20s and 30s,” she announced.

Moreover, Daif believes that many women have started their careers after 40, giving the example for the famous American Fashion Designer, Vera Wang, who was the editor of Vogue magazine for a while before being promoted to a senior fashion editor. Then after her 40s, she thought to start her career in fashion design by opening bridal boutiques and soon launched her own signature collection. Now hugely popular, her designs are worn by famous Hollywood stars, and also designs lingerie, jewellery and home products.

Ultimately, Daif hopes for ‘Hawa After 40’ to grow increasingly more, and to stage its events across all countries in the world, and to support as many women as it can.