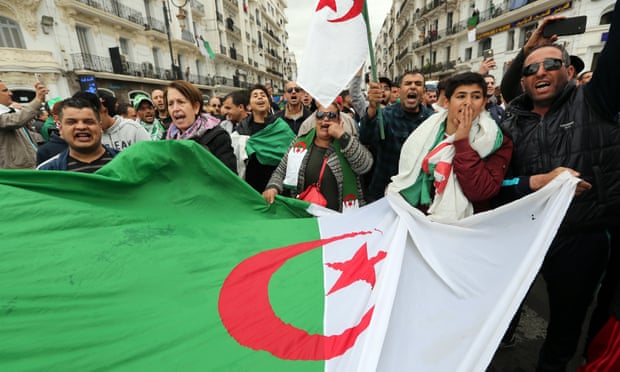 Algerians called for a million-man march against the extension of Bouteflika’s fourth term, after he announced that he will not run for a fifth term and postponed the presidential election.

Moreover, security forces blocked roads to parliament and government headquarters, according to Reuters.

“Boteflika became history now” Hussein Khaldoun, a leader in the National Liberation Front, the ruling party, told Al-Nahar channel in an interview on Thursday evening, adding that the party should support the demands of the protesters.

Khaldoun, the former spokesperson of the party, declared his defection from Bouteflika, which increased pressures on the 82-year-old president.

On Thursday, Noureldien Badawi, the incoming prime minister, stated in a press conference that they strive for the formation of a new cabinet by the end of this week, adding that the next cabinet will be formed of youth, women, and technocrats.

Badawi said that the second step will be holding a national dialogue with opposition parties, and they will try to convince the parties to cooperate with the cabinet.