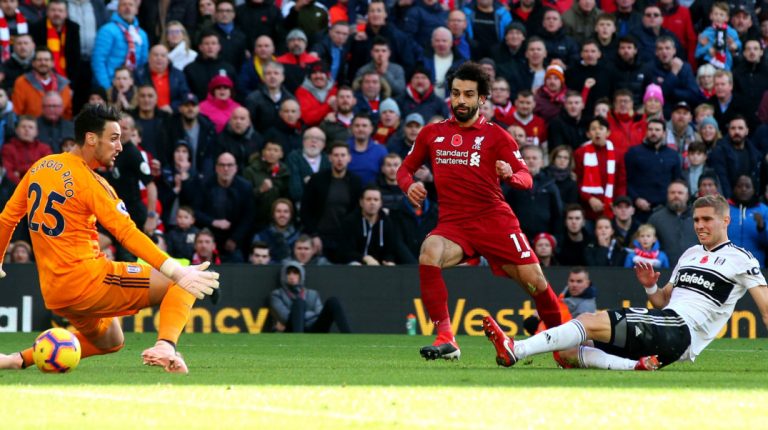 Liverpool hope to recover its leadership of the Premier League from Manchester City on Sunday when they host Fulham on Sunday at the Craven Cottage Stadium in the 31st matchweek of the league.

The Reds will be playing the match with a high morale after their big 3-1 win over Bayern Munich last Wednesday, and qualified to the quarter-finals of the UEFA Champions League.

Liverpool’s Jordan Henderson will be absent due to his ankle injury sustained in the team’s clash with Bayern.

It will be Egyptian star Mohamed Salah’s 93rd match with the Reds in various English and European competitions in which he scored 64 goals and participated in 25 others. Salah is also looking forward to top the Premier League’s top scorers list, currently led by Sergio Agüero with 18 goals. Salah hopes to win the Golden Boot for the second year in a row.

Liverpool ranks second on the table with 73 points and with one-point difference from Manchester City. The Reds have achieved 22 wins, seven draws, and one loss. Fulham currently ranks ninth in the Premier League’s ranking with 30 points, having played 30 games, won four matches, five draws, and 21 losses.