A survey conducted by Daily News Egypt on the results of the activities of banks operating in the Egyptian market, revealed that nine banks collectively achieved EGP 25.80bn in net profits in 2018, while SAIB Bank incurred losses.

The CIB came in the lead with EGP 9.85bn in net profits, followed by QNB Alahli with EGP 7.20bn, then Faisal Islamic Bank of Egypt with EGP 2.5bn, Credit Agricole Egypt with EGP 2.2bn, and the Housing and Development Bank with EGP 1.96bn.

The five banks were the only ones with net profits of more than EGP 1bn, while the other banks acquired under EGP 1bn each. 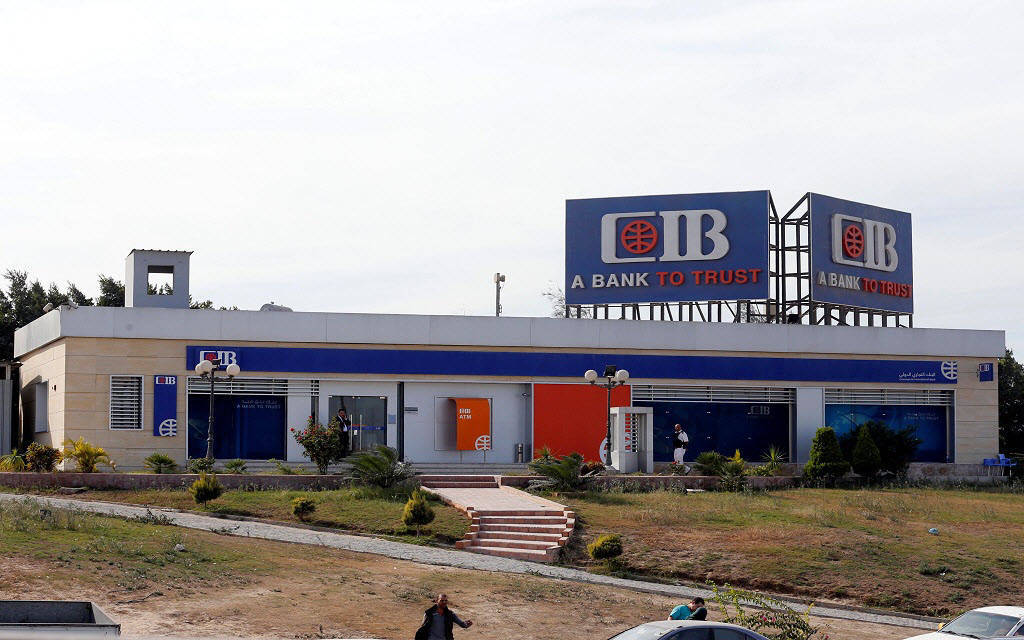 CIB’s financial statements showed a 27% increase in net profits in 2018.

According to the consolidated financial statements sent by the bank to the Egyptian Exchange (EGX), the bank’s net profits reached EGP 9.85bn at the end of 2018, up from EGP 7.24bn in 2017.

Beltone attributed the annual growth in CIB’s net income to the increase in net interest income by 51% year-over-year (y-o-y), representing 92.7% of the bank’s total banking income, as a result of an increase in interest margins by 214 basis points y-o-y, while loans allocations dropped by 12% y-o-y. 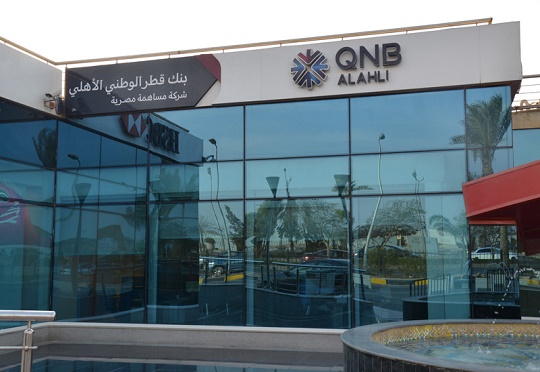 According to the bank’s recently disclosed results, the loan and advances portfolio, after deducting the provision, reached EGP 138bn at the end of December 2018, an increase of 22%, compared to December 2017.

The percentage of facilities granted to small and medium-sized enterprises (SMEs) was 23% of the total facilities in December 2018, compared to the target of 20% in 2019.

According to the bank, the ratio of non-performing loans was 2.42% at the end of December 2018, and the coverage ratio for these loans was 166%.

The bank’s capital adequacy ratio was 17.75%, while the bank’s investment portfolio was free from any risk assets.

Furthermore, the bank pointed out that its customer deposits reached EGP 205bn at the end of December 2018, an increase of 11%, compared to the end of 2017.

QNB Alahli enjoys a high loan-to-deposit ratio of 70%, compared to 46% for the Egyptian banking sector in October 2018, according to the latest available data from the CBE. The bank’s focus is on growing core banking operations while maintaining liquidity rates high in all currencies. 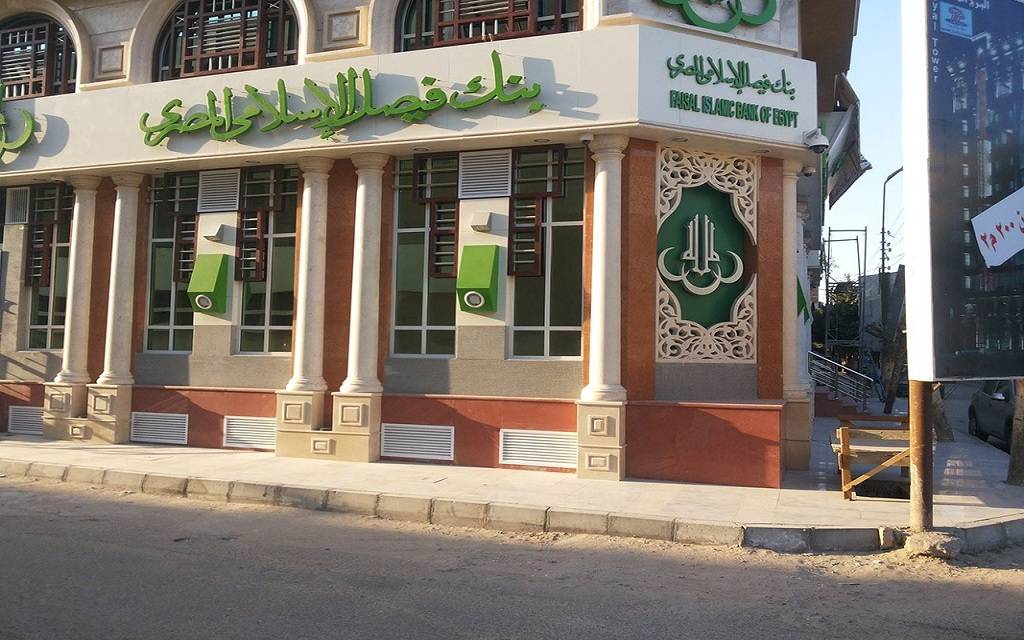 The consolidated financial statements of the Faisal Islamic Bank of Egypt showed that the bank’s net profits increased by 41.2% y-o-y in 2018.

The bank said in a statement that it recorded a net profit of EGP 2.5bn from the beginning of January until the end of December 2018, compared to profits of EGP 1.77bn during 2017. 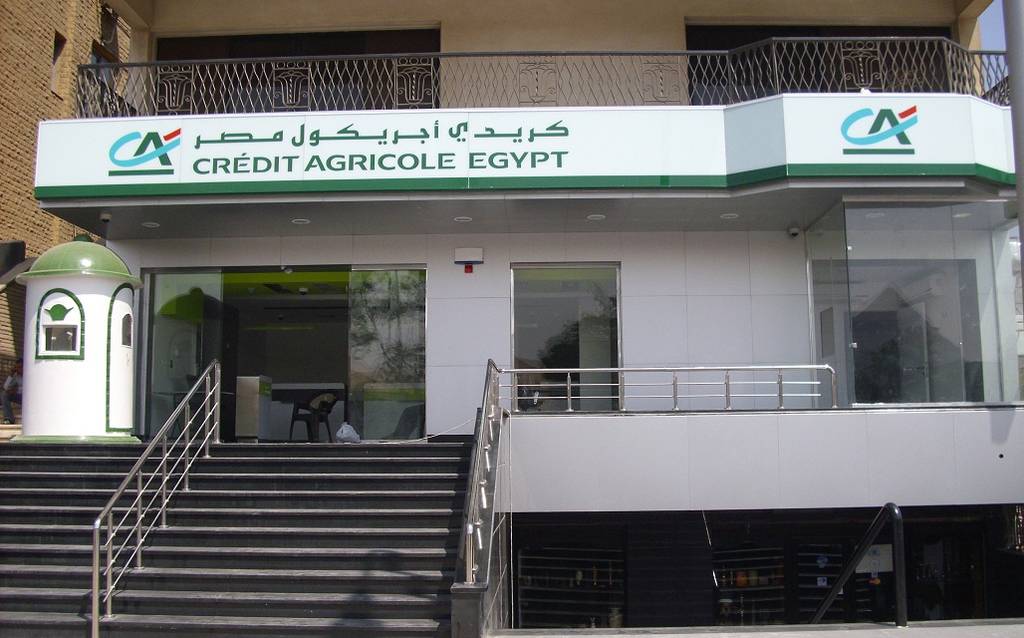 According to the bank, its capital adequacy ratio stood at 20.31%, with a good margin above the required ratio of the CBE.

Regarding the efficiency of operations, the bank managed to control expenses to an average cost-to-income ratio of 27.9% in 2018, in parallel with the continued bank’s development plans, branch network expansion, and the introduction of new digital services.

According to Pierre Venas, CEO of Credit Agricole Egypt, these results underscored the success of the bank’s strategy of prioritising customer satisfaction by enhancing innovation and service quality.

“Our aim is to create a positive and beneficial impact for our customers, employees, local economies, society, and the environment through a sustainability strategy across all our activities. As a result, our balanced business model increased by 12.4% throughout all business sectors. Retail, private banking, SMEs, and financial markets all contributed to the increase,” he added.

According to a research note by Beltone Financial, Credit Agricole Egypt’s results for Q4 of 2018 revealed a net income of EGP 525.9m, an increase of 14.9% compared to Q4 of 2017, and a decrease of 10% compared to Q3 of 2018, noting that these results are consistent with their expectations. 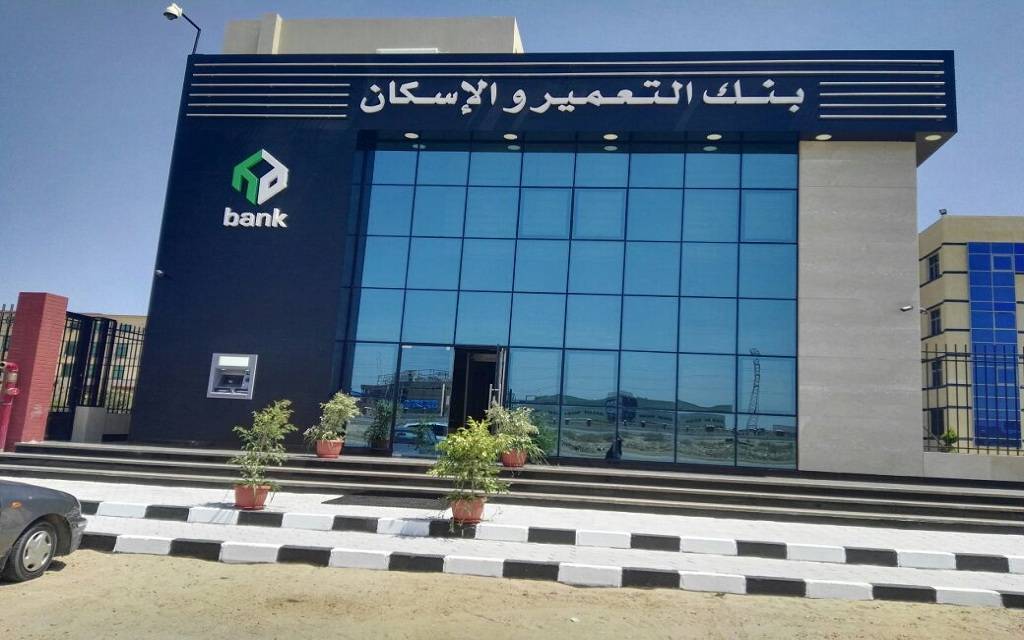 The Housing & Development Bank’s (HDB) consolidated net profits for the period from January to December 2018 increased by 49.8%, compared to the same period of 2017.

The HDB will hold an ordinary and extraordinary general assembly on 27 March 2019 in order to adopt the financial statement of the bank for the period from January to December 2018, and to discuss the dividends for the FY ended on 31 December 2018, as well as to amend Article 25 of the bank’s Articles of Association.

This comes at a time when the bank’s board of directors approved the planed budget for 2019, expected to achieve an estimated growth in the value of customer deposits–other than land insurance–by 26.3% of the estimated balance for 2018, to record EGP 8.01bn.

According to the bank’s statement to the EGX, the total sources of funding proposed for 2019 are EGP 8.77bn, while the total investment expected in 2019 is about EGP 8.77bn.

As per the statement, the 2019 budget forecasts that there will be a gradual decrease in the balance of land security insurance worth about EGP 2.9bn during 2019.

In a related context, the budget forecasts that the bank will achieve a net profit of EGP 2bn by the end of 2019. The bank is seeking to increase its future revenues by EGP 1bn, an increase of 14.3% over the estimated balance at the end of 2018, augmenting asset balance by 16.7%, expanding loans by 17.8%, and mortgage financing by 16.4%.

The HDB said it received approval to reintroduce its planed budget for 2019 after Q1of this year, especially as the CBE cut interest rates by 1%.

The bank seeks to increase its assets and financial investments by EGP 8.7bn by 2019, through focusing on expansion in all employment sectors, including credit facilities for large, medium, and small projects, real estate finance, retail funding, and investments in government debts.

According to the planned budget, the bank aims to invest up to EGP 1.1bn in government treasury bills (T-Bills), EGP 200m in local bonds, in addition to working toward increasing deposits with banks by EGP 3.7bn.

The HDB said it would also aggressively expand loans and credit facilities by injecting up to EGP 2.6bn, distributed by EGP 505m as credit guarantees to corporate customers, and EGP 450m in other loans to enhance the ability of companies to expand investment, in addition to real estate loans worth EGP 212m, SMEs loans worth EGP 735m, and long-term loans worth EG 767m.

The bank also aims to invest EGP 230m in fixed assets, about EGP 220m in intangible assets, and intends to employ EGP 262m in subsidiaries and sister companies.

The HDB expects to attract new deposits worth up to EGP 8bn in 2018, and the continuation of the proceeds of down payments for land and housing units for customers of the New and Urban Communities Authority worth EGP 2bn.

Net return on treasury and deposits increased by EGP 663m, marking a growth of 40% compared to 2017.

The bank continued its policy of maintaining a strong capital base to support sustained growth in activity, and maintaining compliance with the capital management requirements, with a capital adequacy ratio of 12.51%.

In 2018, the bank settled and paid taxes on the proceeds of T-Bills and bonds for FYs 2009 to 2017-which was being disputed by the Egyptian Tax Authority-amounting to EGP 994m.

According to Mohamed Ali, CEO and managing director of ADIB, the bank will continue its service policy at all economic and social segments through the implementation of a package of procedures and development plans in order to increase its market share and enhance its competitiveness. It will also continue to perform its social responsibility role, as one of the main axes in which it believes.

Beltone pointed out that the decrease in net income was due to a decrease in fees and commissions of 19.3% q-o-q, representing 10.7% of operating income.

On a quarterly basis, Beltone said the bank’s income fell mainly due to a rise in provisions for registered loans to EGP 97m in Q4 of 2018, against a provision of EGP 67m in Q3, while effective taxes increased by 41% against 31% in Q3 of 2018.

During 2018, the consolidated financial statements of the Egyptian Gulf Bank (EG Bank) revealed that the bank’s net profits increased by 8.3% y-o-y.

The board of directors of EG Bank has adopted the estimated budget for 2019, with a target increase of about 10% in net profits y-o-y.

EG Bank added that the increase in the estimates considered the tax changes on the return on investment in treasury bills and bonds.

It was agreed between the Federation of Egyptian Banks and the Ministry of Finance to implement the proposed amendments to new T-Bills and bonds without retroactive application, provided that the ministry collects the tax payable on the net profits of banks on a quarterly basis.

The Egyptian cabinet approved earlier a draft law amending certain provisions of the Income Tax Law issued in 2005. The amendments included Article No 58 of the law, allowing the separation of revenues of the public T-Bills and Bonds in an independent portfolio from the rest of revenues. According to Hussein Refai, chairperson and managing director of the bank, the increase in the bank’s profits in 2018 were supported by a rise in net income from fees and commissions by a growth of 36%, in addition to an increase of 103% in profits and other revenues, equivalent to EGP 146m, supported by the asset portfolio’s restructuring plan.

The bank attributed its annual profit decline as a result of the decline in net income from returns, as a direct result of investing a large part of customer deposits in previous years in long-term fixed-yield government bonds, while the return on customer deposits increased due to market conditions which contributed to decreasing the net income from returns.

“In contrast, net income does not cover the taxes on the return of those bonds,” the bank said.

Faisal Islamic Bank intends to increase its capital by $73.36m