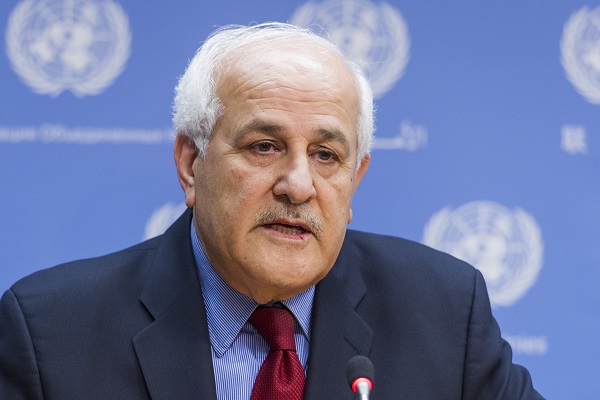 The Permanent Observer of Palestine to the United Nations (UN), Riyad Mansour, sent three warning messages about the deteriorating situation in Palestine on Saturday, after Israel launched on Friday more than 100 air strikes against Gaza.

Mansour called on the Security Council to force Tel Aviv to stop its attacks against Palestine, in order to ensure the safety of civilians.

He also added in his messages that the Security Council must demand from Israel to respect the previous UN resolutions, especially Resolution No. 2334 adopted in 2016, which states that Israel’s settlement activity constitutes a flagrant violation of international law and has no legal validity, and it must immediately cease all settlement activities in the occupied Palestinian frontier, including east Jerusalem. It also obliges Israel to stop violent activities and to abide to its obligations under the Fourth Geneva Convention.

Mansour stressed that the international community must act to prevent any accelerations or violent attacks by the Israeli forces against civilians.

On Friday morning, Israeli forces stated that they struck 100 Hamas targets in the Gaza Strip, in response to four rockets which were fired on Tel Aviv from the strip, adding that its targets included an office complex in Gaza which is allegedly used to plan and command Hamas’s attacks.