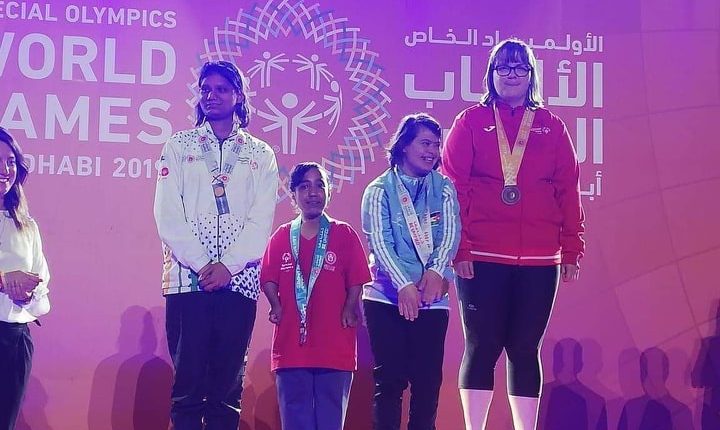 The Egyptian delegation has succeeded in winning several medals at the gymnastics and figure skating competitions on Saturday, as the gymnastics team won 12 medals for male, including four gold, five silver, and three bronze.

On the other hand, Cafu, the World Cup winner with Brazil in 1994, and former Chelsea player and Cote d’Ivoire’s top scorer Didier Drogba were keen on attending the Special Olympics World Games, and expressed their admiration of the competition’s organisation.

In another context, the director general of the executive committee of World Games has revealed that the participants in this World Summer Games reached 10,499 players, managers and coaches, from 200 countries, of which 195 countries participating in the games and five countries as observers, recording the highest number of participants in the history.

On Sunday, Egypt’s football team will face Italy in Zayed Sports City. Additionally, there will be a number of competitions in athletic, swimming, weightlifting, tennis, equestrian, and basketball.