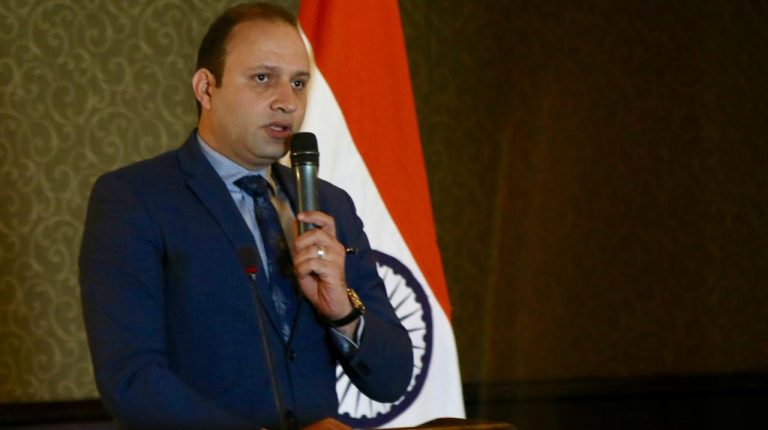 Ismail Abdel Hamid, adviser to the chairperson at the Egyptian Tourism Authority (ETA), affiliated to tourism ministry, called on Air India to re-launch it regular and direct flights to Egypt with the aim of boosting tourists’ numbers between both countries, as well as to promote the joint business relations.

The ambassador of Egypt to India, Heba El Marassi, is set to meet with the Indian Tourism Minister, Alphons Kannanthanam, on Monday 18 March in order to discuss pushing forward the tourism relations between both countries, Abdel Hamid revealed.

On the other hand, Vinod Bahade, the first secretary for commerce affairs at the Indian embassy in Egypt, said, “India seeks to promote tourism relations with Egypt, and identify more tourism opportunities for enhancing the overall tourism cooperation.”

“India has something for everyone to enjoy, including the historical tourism, adventure tourism, and medical trips with low costs,” he noted, adding that the embassy has launched a campaign to support tourism in February 2019.

The embassy looks forward to expanding the people-to-people exchange with Egypt, Bahade stated, affirming the importance of boosting cultural cooperation, including the tourism sector cooperation.

Noteworthy, “The EBA launched an initiative in 1997, two months after the Luxor attack and held a huge conference to deliver a strong message to the international community in order to support the city with about 200 businesspersons’ attendance,” Youssef said.

“Some economic experts say that the tourism sector is fragile, however, I think it is a very strong sector and it is the fastest sector to recover following the crisis,” he asserted.

Moreover, he added, “Egypt needs to exert more efforts to develop its tourism infrastructure,” noting that in 2002, the EBA launched an initiative to develop the neighbouring governorates to the touristic areas. “We persuaded businesspersons to invest in poor governorates in order to supply the tourist areas with its daily needs of food, drinks, and others,” he further mentioned, adding that in 2013, the EBA hosted several events with representatives of Islamic parties to assure that the government will not issue negative decisions for the tourism sector including the beach tourism.

India and Egypt are home of the oldest civilisations in the world, Nora Salem, the adviser of the minister of tourism, said, adding that both countries have very rich and diversified tourism products where many countries cannot compete.

“The Ministry of Tourism launched its tourism reform programme in November 2018 in the Egyptian Parliament with the support of the Egyptian President Abdel Fattah Al-Sisi,” she mentioned.

The vision of the programme is to achieve a sustainable tourism sector in line with the international standards, as well as with the country’s 2030 sustainable development goals, she asserted.

“I invite you all to attend our upcoming conference about the digitalisation and start-ups of the tourism sector on 25 March, under the patronage of Egypt’s Prime Minister, Mostafa Madbouly,” she said.