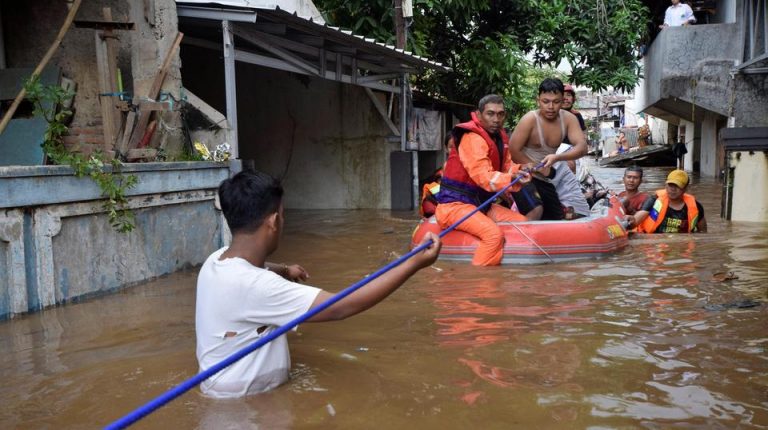 Egypt expressed its condolences to the Indonesian government and people for the deceased and injured victims, as a result of the flash floods and mudslides at mountainside villages in Indonesia’s easternmost Papua province.

In a statement from Egypt’s Ministry of Foreign Affairs on Sunday, Egypt offered its condolences for the families and the relatives of the victims, wishing the injured a speedy recovery. The ministry added that Egypt stands with the Indonesian government and its people during this crisis.

On Saturday, a number of mountainside villages in Indonesia were triggered by torrential rains, killing at least 58 people, and wounding dozens, while more than 4,000 were forced to flee their homes.

Flooding is common in Indonesia, especially during the monsoon season which runs from October to April.

In the same context, the ministry of foreign affairs issued another statement expressing condolences for the governments and people of Mozambique, Malawi, and Zimbabwe.

The three east African countries were also affected by flash floods earlier this week, resulting in the death of more than 150 people and the injury of hundreds, in addition to forcing thousands of people from their homes.

Egypt expressed its condolences to the families and relatives of the victims, stressing that it stands with the three countries’ governments and peoples in their crises.