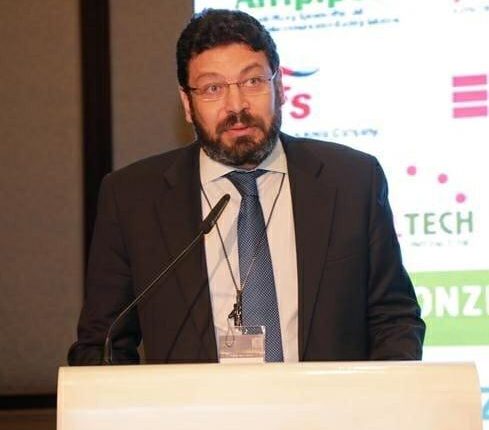 He pointed out that the association has recently held a meeting with the Central Bank of Egypt (CBE), 19 banks operating in Egypt, the country’s four mobile operators, and the National Telecommunications Regulatory Authority (NTRA) to discuss this matter.

Hashem revealed the recommendations resulting from the meeting, including activating digital wallets without the need to visit mobile operator branches, possibly through SMS for small transactions, in addition to activating digital identity services known as Mobile Connect which would allow recognising citizens and helping them manage their personal accounts through their mobile phones without the need for the “Security Token” devices for bank account management.

According to a recent study, the majority of international money transfers stood at $50-80 per person, with 10.8% transaction costs through traditional channels. This is why a large proportion of citizens resort to informal channels to transfer their money. He noted that the success of mobile money providers to lower the transaction costs to less than 5%, made it the media of choice to majority of the people in Sub-Saharan Africa. .

Hashem praised Egypt’s new E-Payment Law which would be the best way to encourage the transformation towards a cashless society. He referenced some studies that estimate cost of cash in Egypt at 2-3% of the gross national product (GNP). By more digitisation, this rate is expected to drop.

He attributed this to mobile companies’ ability to deal with large numbers of users with less risks.

Hashem pointed out that the reliance on telecommunication technologies has allowed a new kind of jobs through micro loans, giving Kenya as an example, as it provides loans through SMS that saves $200-300 with daily interest. These loans have provided liquidity for traders to buy daily products and return loans on the same day.

Furthermore, he spoke about the digital banking experience in Egypt which started recently, noting that it started across the world five years ago, which explains the current trend toward relying on technology in fina

He addressed the results of a study prepared by McKinsey & Company which showed that developing countries may largely benefit from developed countries in the field of financial technology and electronic payments.

Moreover, Hashem pointed out that the Supreme Council of Payments, headed by President Abdel Fattah Al-Sisi, is one of the most important experiences that demonstrates the success of the CBE. He added that Egypt, Ethiopia and Nigeria are among the most important African countries that have achieved success in the field of mobile payments, with 110 million users.

He said that the penetration rate of mobile services compared to the population in Egypt reached more than 80% in 2018, while the number of bank account owners is estimated at 12 million people out of 70 million people over the age of 15.

That all add up to a lot of money changing hands, too, with the GSMA’s report estimating that the mobile money industry processed $1.3bn in transactions per day during 2018, and each user makes transactions of $206 monthly, noting that 54% of the citizens in Ghana, Cote d’Ivoire, and Senegal have mobile money accounts.

The GSMA represents the interests of mobile operators worldwide, uniting more than 750 operators with over 350 companies in the broader mobile ecosystem, including handset and device makers, software companies, equipment providers and internet companies, as well as organisations in adjacent industry sectors. The GSMA also produces the industry-leading MWC events held annually in Barcelona, Los Angeles and Shanghai, as well as the Mobile 360 Series of regional conferences.. Its board of directors includes 25 members of the largest companies in terms of the number of subscribers. From the Arab region, it includes Saudi Telecom Company and Etisalat Group of UAE.

Noteworthy, the GSMA has started the so-called ‘Mobile for Development’, M4D, relying mainly on the goals of sustainable development approved by the UN, such as programmes to allow women to access telecommunication services, and deliver utilities to remote areas, such as electricity and water.