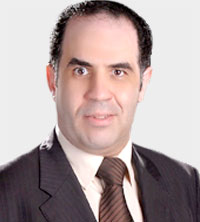 Many people believe that the IPO, in general, and the implementation of its first phase, in particular, is a serious action toward enhancing the investment environment in Egypt, and therefore, stimulating the market.

According to Awni Abdel Aziz, the chairperson of the Securities Division at the Federation of Egyptian Chambers of Commerce (FEDCOC), the implementation of the IPO programme was well overdue because of the lack of fair price for these companies’ shares. Furthermore, he added that the domestic economy is experiencing a notable improvement which reflects-with a doubt-in the EGX’s performance.

He told Daily News Egypt that the new offerings will attract new investors, and thus, new capital into the Egyptian market, especially after recently delisting a significant number of companies which were heavy weight companies.

“To offer new stakes of already listed companies is not a weakness, but it rather enhances their presence in the EGX. As we saw how the offering of new stakes of the Eastern Company attracted Saudi and Emirati investors who acquired 25% of the company’s shares,” Abdel Aziz described the benefits of offering new stakes for listed companies.

Moreover, he added that the IPO programme is not meant to offer sinking-ship and weak companies, but rather to offer significant names for successful companies with a haft to be able to attract subscribers and investors who, absolutely, will not lap it up, as it does not work.

On the other hand, according to Abdel Aziz, the market is anticipating the offering of petroleum companies and banks’ stakes, which will be a turning point for Egypt’s economy in general, and for the EGX’s performance in particular, since the EGX will break new records.