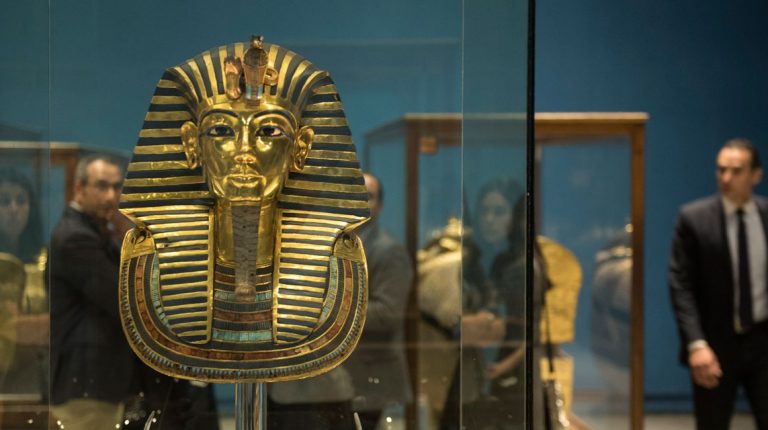 While the world is finalising the preparations for Mother’s Day, Paris is busy with preparing for another long-awaited event: the inauguration of Tutankhamun’s temporary exhibition that will showcase dozens of the young king’s belongings, which will take place at the Grande Halle de La Villette. 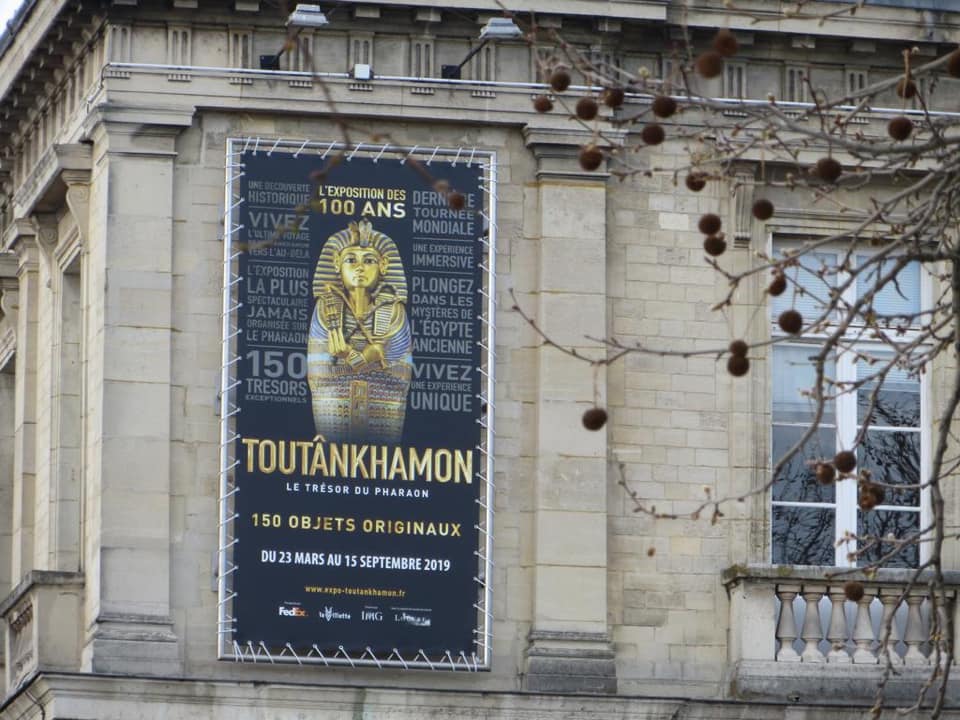 After 50 years of absence, since the last time the exhibition was held at the city, the charming centre of art, beauty, and fashion, is covered up with Egyptian civilisation banners, pictures of the king’s golden masks, and posters of the soon-to-be showcased belongings that captured people’s minds and souls. Meanwhile, as one of the most beloved pharaohs abroad, he took over the front page of most of the city’s most read publications.

The exhibition, named King Tut: Treasures of the Golden Pharaoh, is to open its doors on 21 March, showcasing “150 fascinating original objects found in 1922 in the tomb of the most famous pharaohs, the majority of which have never left Egypt before,” according to the Paris official website of the convention and visitors bureau.

So far, the museum announced the pre-selling of 130,000 tickets for the public, who are welcomed to visit the exhibition from 23 March. Pre-selling large numbers of tickets is not something unusual for the exhibition. In fact, it is what has become expected after the Golden Pharaoh’s journey in several countries.

Tutankhamun’s previous stop was in Los Angeles, California. In the United States, all 3,500 tickets of the exhibition were sold out before the official opening and nearly 100,000 tickets were issued and sold out during the opening weekend, which led the California Science Centre to extend its opening time for three additional hours after official working hours, as regulations forbid hosting over 100 persons inside the museum at a time. Egypt is supporting this exhibition with 50 artefacts that will leave the country for the first time to follow their peers in order to join the list of displayed items. The displayed items include the world’s most famous gold mask, the gilded wooden bed-which was fashioned especially for his funeral with carved lion feet- golden coffins, and 3D models the museum prepared to take visitors through time and place within the glories of the Egyptian civilisation.

The last time the exhibition was inaugurated in France was in 1967, where 1.2 million visitors expressed their interest in exploring the history of the young king, according to the museum’s official website, while the former Egyptian minister of antiquities stated that the number of visitors reached 1.5 million, according to state-owned Al-Ahram Online.

King Tutankhamun’s showcased belongings were originally transferred from the Egyptian Museum in Cairo. The relics include alabaster pots, wooden boxes, and statues of the pharaoh.

The exhibition will last until 15 September 2019, before it starts another journey including six other countries: Australia, and South Korea, where it is to be on display in 10 cities. The tour will last until the end of 2022. After the tour finds an end, the relics are to return back to the Grand Egyptian Museum (GEM), where they will join the rest of the 5,000 relics found at the king’s burial chamber in 1922.

The GEM’s director previously told Daily News Egypt that 4,500 of Tutankhamen’s antiquities were successfully transferred to the museum, and the rest will soon join them after the official inauguration, stating that the overseas monuments are to return home where their display spots are saved and numbered.

The temporary exhibition witnessed a huge success in the US. Local media previously reported that it attracted more than 500 million visitors since it opened in March. The increase in the temporary exhibitions abroad is an effort on the part of the Minister of Antiquities, Khaled Anany, to revive tourism in Egypt, and create a source of income for the ministry.

Local media reported that the ministry’s income from the past LA exhibition reached $5m, with $4 going to the ministry on every ticket sold.

Anany explained the reason behind choosing Tutankhamen’s belongings to tour across Europe is that people have a love story with the young pharaoh.

The first exhibition showcasing Egyptian artefacts in a foreign country, as part of the minster’s new policy, kicked off in Toronto, Canada, last year, and displayed the heritage and monuments of the Egyptian Fatimid era. The ministry also highlighted other Egyptian eras through foreign exhibitions. After the first exhibition, another demonstrated the artefacts of the cities of Thonis-Heracleion and Canopus – which were accidentally discovered under water after being lost for 1,000 years – whereas a third exhibition will soon be inaugurated for jewellery from ancient Egyptian eras.