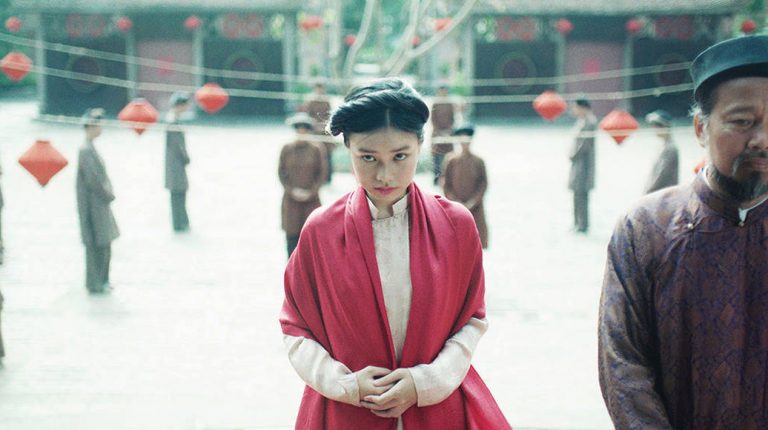 The Vietnamese film The Third Wife by director Ash Mayfair and produced by German company M-Appeal, will be distributed in the Arab world by MAD Solutions which acquired the exclusive rights to distribute the film in Arab countries.

The film has won seven awards during its tour of dozens of international film festivals. The Third Wife was also well-received by critics and audiences alike during its screenings in 20 countries around the world.

Sales and Distribution Manager at MAD Solutions, Meriame Deghedi, said in a press release that “the company is more than thrilled to start this collaboration with M-Appeal.”

Deghedi added that their approach of “doing things differently” aligns with their vision of distributing the films they love. “The Third Wife will be the first Far East film we acquire, and we couldn’t be prouder to bring such an impactful film to the Arab audience,” she added.

On the other hand, Maren Kroymann, CEO of M-Appeal, said that it is a “very important moment for us, as this is the first time that one of our titles finds distribution in the Arab world.”

The Third Wife’s plot takes place during the 19th century rural Vietnam, where 14-year-old May becomes the third wife of wealthy landowner Hung. Soon she learns that she can only gain status by asserting herself as a woman who can give birth to a male child. May’s hope to change her status turns into a real and tantalising possibility when she gets pregnant. Faced with forbidden love and its devastating consequences, May finally comes to an understanding of the brutal truth: the options available to her are few and far between.

The film’s screenplay won the Spike Lee Production Fund in 2014 and was on the New York University (NYU) Purple List 2015 for the best screenplays written by graduates. The Third Wife also won the Grand Prix at the Autumn Meeting Lab 2015 in Vietnam and the Best award for a non-Hong Kong project at the Hong Kong Asia Film Financing Forum 2016.

Ash Mayfair is a Vietnamese director. She received an MFA in filmmaking from NYU. Ash’s filmmaking career began with short films, including The Silver Man, Sam, and Walking the Dead. The films have been screened at numerous international film festivals. The Third Wife is her feature debut.