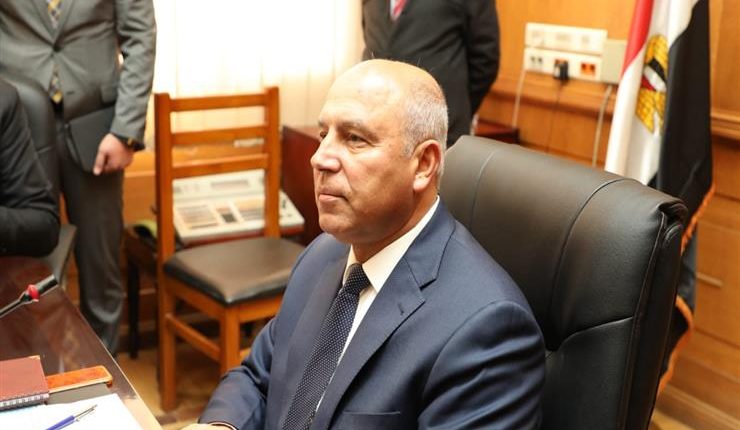 The Minister of Transportation, Kamel Al Wazir, held a meeting on Monday with leaders of the National Authority for Tunnels (NAT) in order to discuss the developments of the new projects. The meeting addressed implementation of the electrified railway at the New Administrative Capital and the 10th of Ramadan City.

The meeting also discussed the ministry’s projects in Alexandria such as the Raml Tram project, whose consultant is currently being selected, as well as a plan to develop the Abu Qir tram line.

Proposed projects in Daqahleya governorate such as the Mansoura Metro and the electric train in Daqahleya and Damietta were also tackled.

The ministry announced manoeuvres to launch a subway in Mansoura city. The project of Mansoura metro has started years ago but it is facing difficulties as the city is fully inhibited and has old buildings. Excavations in the main streets in the city will put old buildings into the danger of collapsing.

The Deputy Minister of Transport and the Acting Chairperson of the NAT, Amr Shaath, said that the authority will sign a contract with a French consultant office in the coming days for the immediate start to extend the second metro line to the city of Qalyoub in Qaliubiya governorate.

He added that the French firm which is assigned to conduct the project will prepare the studies of the metro line, and the number of stations from Shubra El-Kheima to Qalyoub, as well as the estimated cost of the entire project, according to the state-run Akhbar Al Youm.

Shaath noted that after the completion of these stages, the project will be submitted to the contractors. The project will be entirely funded from the budget of the state, and the metro will start from Shubra Al-Khaimah station parallel to the railway line.

He explained further that the mission of the consultant firm has not yet been determined, as the area that will witness the constructions work is inhabited. Thus, the property will be expropriated and the state will compensate its owners as soon as the full study is submitted by the consultant.