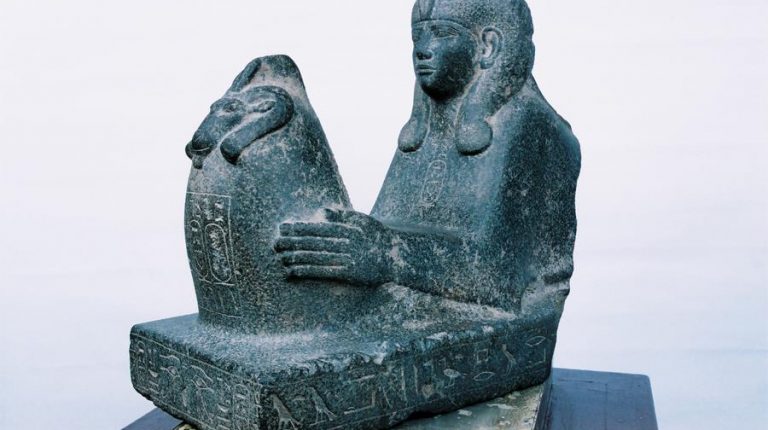 The start of the week marks two newly showcased artefacts at the currently most visited antiquities hub–Tahrir’s Egyptian Museum. This week’s displayed relics celebrate women’s empowerment month through the statues of Shepenwepet II, a high ranked female from the 25th Dynasty.

The statues, depicting Shepenwepet II, are displayed as a part of the Minister of Antiquities’, Khaled Anany’s plan to feature two of the major relics stored at the museum on a weekly basis. This comes after the transfer of a large number of antiquities into the Grand Egyptian Museum.

Shepenwepet II was the daughter of King Piye. She was called ‘God’s wife of Amun,’ which was a high position during the late period, according to a press release published by the ministry of antiquities on Sunday.

The daughter of the king, who lived from 743-712 BC, is currently being showcased at the entrance of the museum for a week.

The first statue was found in the mortuary temple of Ramesses III at Medinet Habu in Luxor. The gilded schist statue presents the lady Shepenwepet II standing proudly. Meanwhile the second statue is a basalt forepart of a sphinx of Shepenwepet II holding a ram-headed vase. It was found in a Karnak cachette and excavated by Georges Legrain for the Egyptian Antiquities Service in 1904.