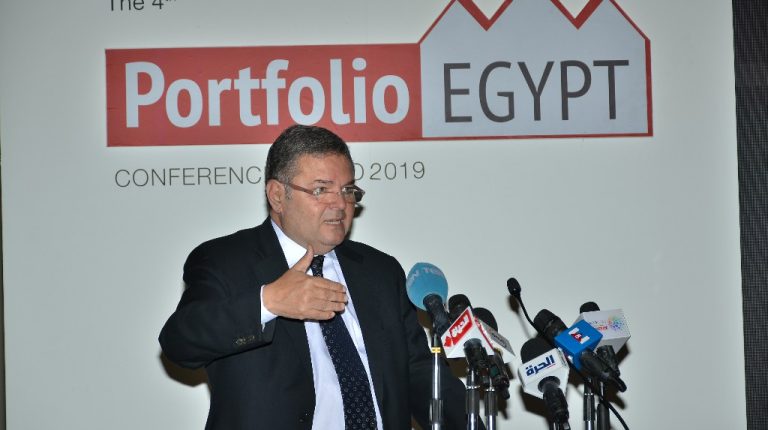 The Minister of Public Enterprise Sector, Hesham Tawfik, announced on Tuesday a preliminary partnership agreement between Nissan and El Nasr Automotive in order to produce about 100,000 cars annually.

He added that the main purpose is to increase the percentage of the local component with a focus on exporting most of the production, and that the final agreement is expected in three months.

Tawfik’s statements came during Al-Mal GTM’s 4th Portfolio Egypt Conference 2019, where he pointed out that the assets owned by the companies of the ministry vary between real estate assets and equity in subsidiaries or joint ventures.

“Our philosophy is to exploit these assets with a real estate developer mentality, in partnership with the private sector,” he explained.

As for the land, Tawfik revealed that the ministry surveyed over 250 untapped land plots, with a total area of about 19m metres, most of which were assigned for industrial use, and will be turned into residential areas. Funding will come mostly from the land sale. The public enterprise sector is very rich in assets.

The land will be sold through auctions carried out through companies under the ministry’s supervision.

Furthermore, he added that these proceeds will be used to pay the debts owed by the subsidiaries to government agencies amounting to about EGP 38bn, as well as to finance development and restructuring, and some will be diverted to support the state treasury.

According to Tawfik, the ministry owns 119 companies belonging to eight holding companies subject to Law 203 of 1991, along with ownership rights in a number of 299 joint ventures subject to Law 159 of 1981, with total equity of EGP 289bn.

As for the subsidiaries, the ministry divides the operated state-owned companies into three categories: profitable, limited-profitability, and loss-making companies, with the latter being the main priority.

Moreover, Tawfik said that 26 of these loss-making companies account for 90% of the total losses of the sector, most prominent of which is the Cotton and Textile Industries Holding Company, that achieved EGP 2.57bn in losses in the fiscal year 2016/17.

In addition, a comprehensive plan is being implemented to modernise and develop textile and weaving companies, as well as the industry at an estimated cost of EGP 25bn. The aim is to eliminate the losses of these companies, which exceed EGP 2.7bn, and turn them into net profits of EGP 3bn within four years.