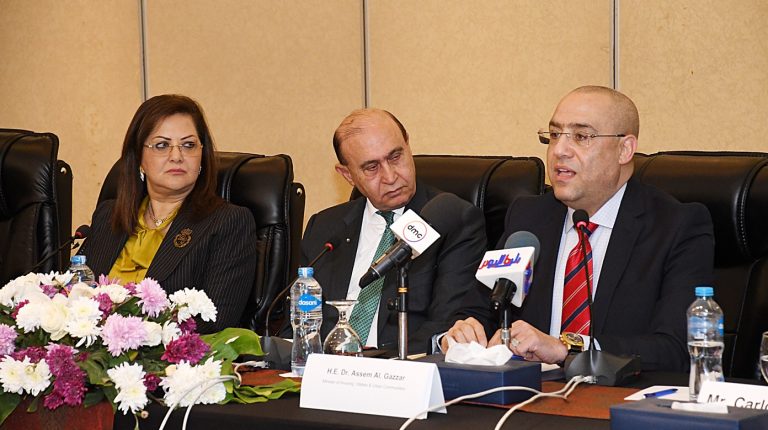 The Minister of Housing and Urban Communities, Assem El-Gazzar, announced that the 30 June Axis, which is one of the state’s road network projects, will be inaugurated within a month, explaining that it will connect the governorates of Port Said, Ismailia, and Suez.

He added that the axis will be completed to enable reaching the north-west Gulf of Suez, which will create a link between the northern and southern axis of the Suez Canal centre, and will add great diversity to the existing activities in the region, as well as create a significant change in the progress structure.

Furthermore, the minister pointed out that the state is currently studying implementing the fast train project, which will link the Gulf of Suez region to the New Administrative Capital, noting that this project will greatly enhance trade in the Suez Canal Economic Zone (SCZone).

El-Gazzar added that the implementation of the roads is one of the most important axis in the infrastructure, as roads add great construction dimensions, as well as easily connect various areas.

In a related context, the minister said that there is a difference between the infrastructure of investment and investment in infrastructure, pointing out that all the opinions and studies on the Suez Canal confirmed its vital location, and its role in the world trade.

“In order to ensure there is a strong infrastructure in the Suez Canal, it is necessary to ensure the entry and exit of three elements into and from the SCZone, including funds, goods, and individuals,” he maintained.

Additionally, he emphasised that the infrastructure of the first component (funds) will be achieved through monetary and financial policy reforms, which will help create investment opportunities, while the infrastructure for goods is represented in utilities, including water and drainage, among others.

Minister of Housing, SCZone chief discuss plans of development in Gulf of Suez