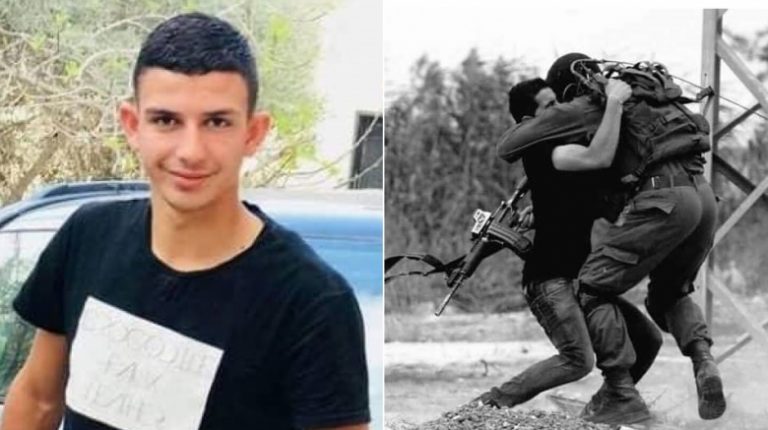 Israeli forces killed three Palestinians in two separate incidents on Tuesday night, including 19 year-old Omar Abu Leila, who was suspected of stabbing and shooting Israelis in the occupied West Bank.

The Israeli Shin Bet security service said that Abu Leila was killed after he opened fire on Israeli forces who went to arrest him in the village of Abwein, north of Ramallah.

The Palestinian Ministry of Health confirmed in a statement the death of another person in the clash but gave no further details about him.

On Sunday, an Israeli soldier was reportedly stabbed to death by Abu Leila at an intersection near the settlement of Ariel, then snatched his rifle and opened fire at the scene, killing an Israeli rabbi and wounding another soldier.

Since late 2015, individual Palestinians, who do not belong to armed groups, carried out a wave of attacks in the West Bank against Israeli forces. Israel has occupied the West Bank in the 1967 War.

The Palestinian Ministry of Health also said that Israeli forces killed two more Palestinians near Joseph Tomb’s religious site, close to the city of Nablus, in the West Bank.