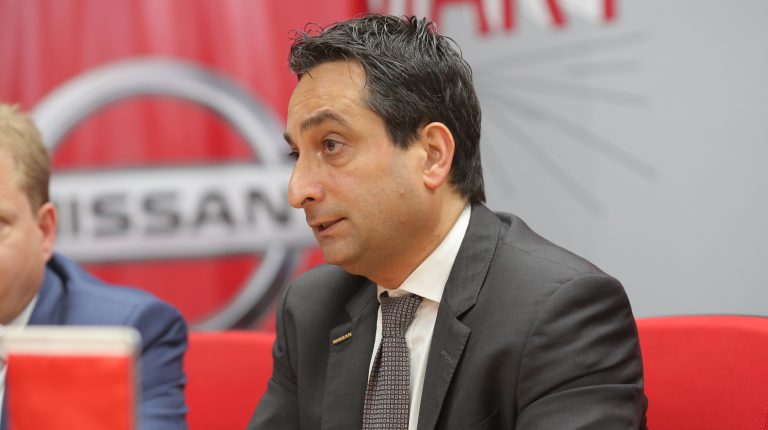 Nissan is targeting to double its presence in the Africa, Middle East and India region (AMI), in their mid-term plan. In order to do so, the company will work on three different axes, Peyman Kargar, Nissan’s senior vice president and chairperson for the AMI region, told Daily News Egypt in an interview, during his visit to the country.

Kargar explained that the first axis would be in the countries where they already have a strong presence, where they aim to increase their growth in such countries, including the Gulf, South Africa, and Egypt.

Kargar stated, “The second axis is the transformation of Nissan’s business in the countries where we have a limited presence such as India. In these countries, Nissan invested heavily, and we will continue to do so, yet we are not getting enough benefits.”

“The third axis is the countries where Nissan has no presence such as Pakistan, where we announced Nissan’s entry there with our Datsun brand two months ago. Algeria is also an example where we plan to produce and sell Nissan cars there,” Kargar elaborated.

Nissan Motor Co Ltd, usually shortened to Nissan, is a Japanese based multinational automobile manufacturer. The company sells its cars under the Nissan, Infiniti, and Datsun brands. In fiscal year 2017, the company sold 5.77m cars, achieving a global market share of 6.2%, and generating a revenue of 11.9tn yen ($106.877bn).

According to Kargar, Egypt is a strategic country for Nissan in the region, as they are the only original equipment manufacturer (OEM) directly present in the country, and the company’s investments exceeded the $200m mark, additionally they managed to develop all the value chain of the automotive industry here, with Egyptian talents across all departments including research and development (R&D), sales, marketing, etc.

“We started from a 3.8% market share, and now Nissan Motors Egypt (NMEG) has around a 15% market share, which reflects a strong growth, but our targets are still more than this. Also, we have localised the production of parts and equipment of various cars, Nissan Sunny for example has more than 51% Egyptian parts,” he explained.

Kargar explained, “We have a strong momentum today. Our objective is to become a market leader, and the number one brand, consequently, we now have to develop more Egyptian talents, increase our product capacity, and improve our supplier base, that was the main focus of our discussion with the Egyptian government.”

Daily News Egypt interviewed Kargar, to find out the details of the company’s meeting with the Egyptian government, and their plans for Egypt, and the rest of the AMI region. The transcript for which is below, lightly edited for clarity: 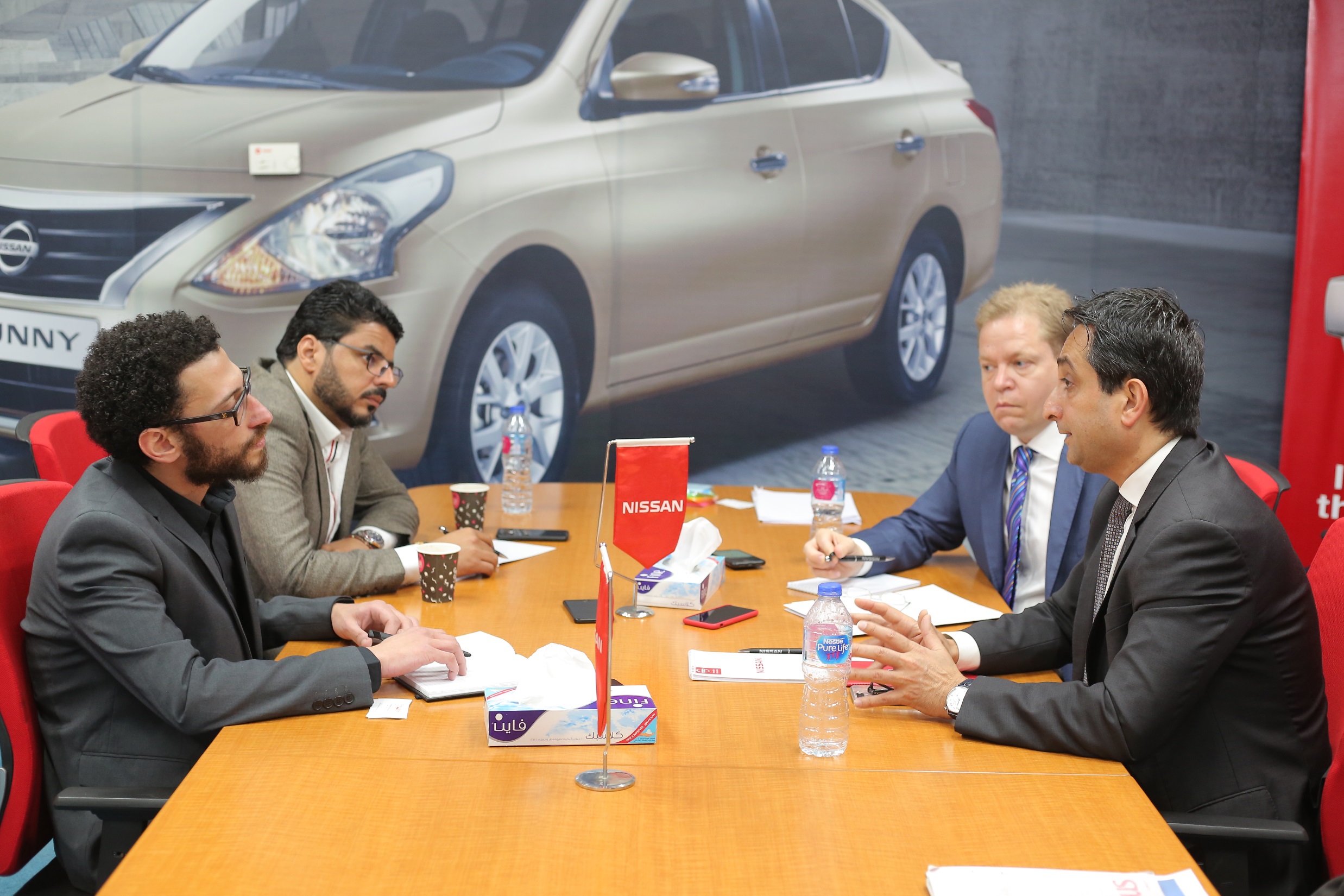 Did the Egyptian government offer any incentives for Nissan?

During our meetings with Egypt’s Prime Minister, Mostafa Madbouly, and the Minister of Trade and Industry, Amr Nassar, the discussion was mainly on our plans in Egypt, and our commitment to the country.

In addition, we also discussed Nissan’s willingness to support the government’s automotive policy, how to accelerate the development of our supply base, and the ways of transforming Egypt to an export base in the region.

We are pleased to have the full support of the Egyptian government to Nissan’s plan, and its readiness to provide incentives in order to protect the local production. The objective is not to give incentives just to Nissan, but to put in place an ecosystem that would boost local production, and make it more competitive.

In order to reach our goal and become Egypt’s top automotive player, and to increase our manufacturing facilities, we need an extremely high level of quality and competitiveness, which means how far you can go in terms of spending money in the country and the quantity of production.

Without any incentives, your car would be more expensive than any custom duty-free imported cars from abroad.

How does Nissan plan to expand in the local market?

Today, we stand at around a 15% market share, as one of the top three in Egypt. In order to become the number one, we need to have above a 20% market share, which is what we are targeting.

Additionally, we have to increase our industrial capacity in the country. Within the next few months, we are going to implement our plans to increase production in 2019 to produce 28,000 cars a year, up from 22,000 now in 2018.

Consequently, we are going to need more human capital. Accordingly, we will recruit more than 350 employees in our organisation, in addition to the ones who will be hired by our suppliers.

At the moment, I cannot disclose the exact amount of investment we are planning to inject.

In your opinion, what does Egypt need to become a regional automotive hub?

First of all, you need committed OEMs, you will not have suppliers without OEMs, and you would not be able to compete with other countries.

Second, you need to develop a very strong supplier base, which is a prerequisite to becoming an export hub. Currently, Egypt has good suppliers, but not enough of them, and Nissan is ready to develop the country’s supplier base.

This comes because when you have efficient suppliers, you can utilise them not only here in Egypt, but also to produce parts for other sites you have across different countries.

To achieve that, as a country, you need to have a strong policy which protects local production. What some businesses are currently doing, which is only importing cars, is easy.

Afterwards, OEMs need to make their manufacturing facilities competitive and characterised by high quality. On this front, Nissan is well positioned to do so, because we are leaders in terms of quality, innovation, and competitiveness.

Does Nissan plan to introduce any electric vehicles to the Egyptian market?

Nissan is a global electric vehicle (EV) leader. In parallel to our pure EVs, we are currently developing an exclusive technology which is called e-POWER system. The system is a hybrid solution that gives the customer the full feeling of an EV solution. Even if the required infrastructure in not available in the country, the customer will still be able to use it, as it combines a 100% electric motor drive with a gasoline engine which charges the battery.

In Egypt’s case, we will bring the best of Nissan, including what we call ‘Nissan Intelligent Mobility’ which focuses on electrification and connectivity. The plan is to consider both solutions, yet we still did not decide which model to bring, and we are currently working on that.

However, the deployment in the country will depend on the government’s policy to boost EVs, as they require a suitable infrastructure. In the hybrid solutions case, the technology is a little bit more expensive, thus it also needs a policy. 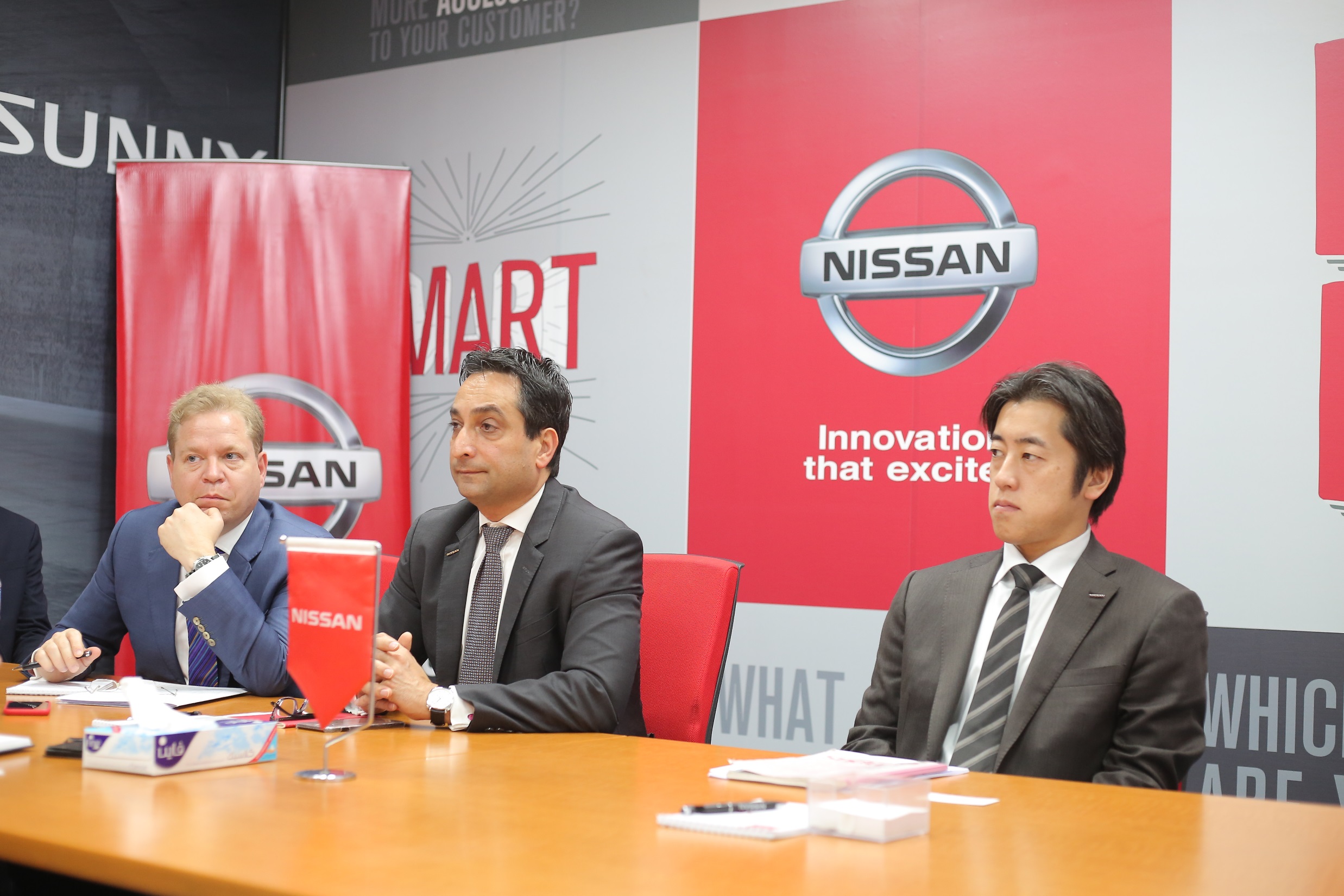 What about the Gulf countries, can you elaborate on the company’s expansion plans?

At Nissan, we have two different organisations for the region, one for Saudi Arabia, and the other one for the rest of Gulf Cooperation Council (GCC) countries.

In the GCC, we have excellent performance in some countries, such as the UAE, where we have a 20% market share, and very good presence in Qatar and Kuwait. Currently, we are number two in the GCC countries, and we hope to become number one.

In Saudi Arabia, the market is very tough, as it has dropped by almost 50% in terms of sales’ volume, in comparison with 2014. We have decided to stay in the country through ‘Nissan Saudi Arabia’, which is a joint venture formed with the auto maker’s partner Khaled Juffali Company, and we have an ambitious plan to double our 7% market share.

Do you plan to introduce economy models in the country?

At the moment, we are developing and deploying the three brands that we own, Infiniti, Nissan, and Datsun in the region. We are currently studying the ways we can expand the Datsun brand, which comes with a very new competitive platform in India now, currently producing various line-up of models.

Today, we are selling Datsun mainly in India and South Africa. Yet, there are no reasons, with the upcoming line-up, that we will not consider other countries within the AMI region.

The decision has not been taken yet, but Egypt and North Africa are one of the areas which we are considering in the near term.