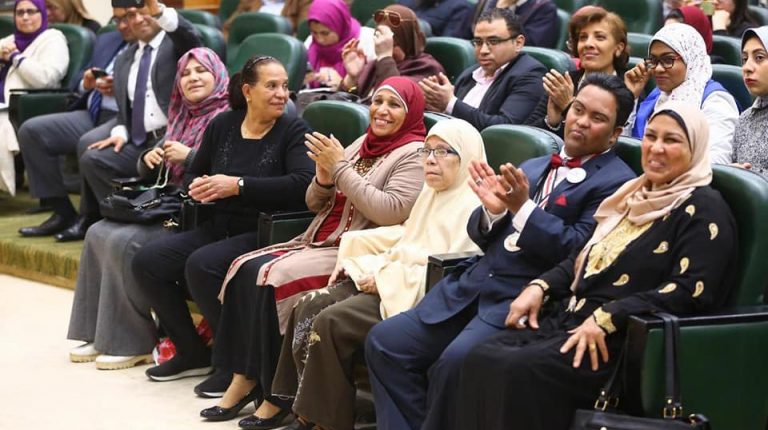 Meanwhile, a 63-year-old widowed female from Minya, Saadiya Thabet was honoured as the first ‘ideal mother’ across Egypt, told Daily News Egypt that she has three sons, who graduated from the Faculties of Commerce, Fine Arts, and Social Service.

She narrated that she married a governmental employee. Following her marriage, her husband started suffering from epilepsy.

Thabet continued with tears in her eyes that she suffered during her husband’s treatment period, which lasted for nine years until his death in 1985, leaving her with three children, and a limited pension of EGP 55.

The mother was responsible for her children and cared for them, as she did not find any affinity nor support from her husband’s family. Moreover, they even raised a case against her for custody of the children. However, they lost the case.

Although Thabet did not complete her education, as her father withdrew her from school in order to take care of her brothers, she insisted on educating her children until they all presently reached eminent positions in their jobs.

Furthermore, Thabet faced another affliction when her eldest son suffered from renal failure and needed nephritic dialysis or a kidney transplant.

Consequently, she did not hesitate to sell everything in her possession for his operation, in addition to donating her kidney to her son, when she was 57-years-old.

The ideal mother competition started in January, where applications were submitted through nominations.

Every year, Egypt, represented by the ministry of social solidarity, names and honours ideal mothers in the country, with the aim of commending their roles in bringing up their children to become upstanding citizens who serve their society.