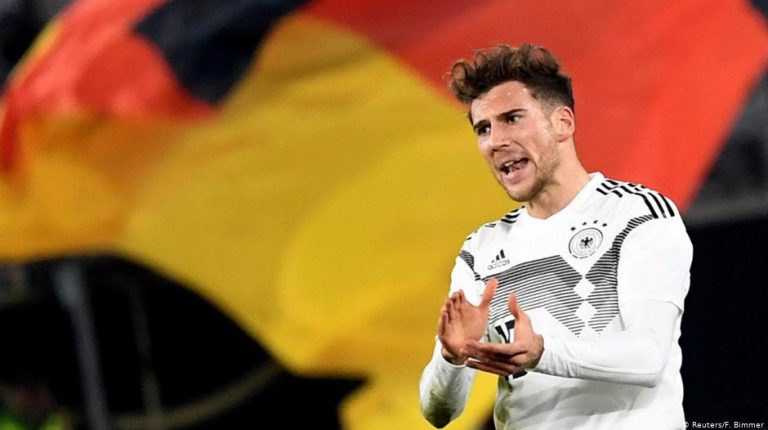 Both Germany and the Netherlands are in transitional periods going in to Sunday’s Euro 2020 qualfying encounter. The Dutch have a head start, however, as Germany hope to bed-in a new batch of world beaters.At almost any other period in the past 40 years, a clash between Germany and the Netherlands would mean a showdown between two of the world's elite footballing nations. Sunday's Euro 2020 qualifying opener doesn't quite have the same billing though, with both in the midst of a period of redevelopment.

"If you look back over recent months you can see they’re a little further along with the process of mixing younger talents with the more experienced heads,“ explained Germany forward Marco Reus. "Our goal is to get to that stage again."

Since failing to qualify for both Euro 2016 and last summer's World Cup in Russia, the Dutch have been through a drastic makeover, with aging stars such as Robin van Persie, Wesley Sneijder and Arjen Robben having retired to make way for a new crop of youngsters.

The famous Ajax production line has ensured the nation are well stocked for tournaments to come, with midfielder Frenkie De Jong and defender Matthijas De Ligt among the most sought-after talents in world football; De Jong has already secured a €75m switch Barcelona at the end of the current season. The youngsters have a combined 18 caps for their country, with De Ligt in particular benefiting from playing alongside the experienced Virgil van Dijk in defense.

Löw’s Germany are in their own period of transition, with stalwarts Matts Hummels, Jerome Boateng and Thomas Müller no longer part of the 51-year old‘s plans. While the decision caused a degree of backlash from fans, it’s a move which should allow youngsters to get a foothold in the national team.

New additions to the squad include Hertha Berlin defender Niklas Stark, 23, and midfielders Maximilian Eggestein, 22 and Lukas Klostermann, 22. Meanwhile, the likes of Serge Gnabry, 23, Julian Brandt, 22 and Kai Havertz, 19, are benefiting from the greater responsibility handed to them by Löw. Reus, now one of Germany's senior men, has seen his own role in the squad change in recent weeks.

"Everyone’s noticed [Hummels, Boateng and Müller] not being here,“ he said. „But I’m at an age now, also with my club side, when I want to take on more responsibility."

Leadership will be key in what promises to be a fiery affair on Sunday in Amsterdam. Leon Goretzka, another young player to have recently taken on a more prominent role in the national set up – it was his goal that salvagaed a draw against Serbia in Tuesday’s friendly – expects a tough game against their neighbours.

"It’s always a special match," he told reporters. "Of course, a lot of that‘s to do with the geographical proximity between us. We’ll certainly be fully motivated for Sunday’s match. It’ll be an intense battle."