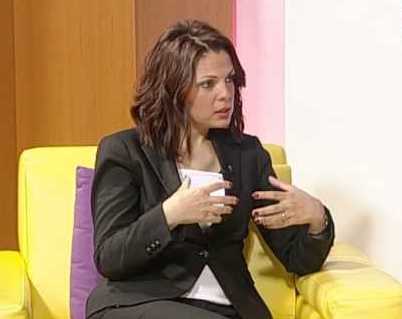 Unilever Mashreq has invested over EGP 500m in Egypt since 2016, said the company’s Marketing Director and executive board member, Sherine Abdel Moneim, during an interview with Daily News Egypt.

She explained that the investments were used to increase production capacity and inaugurate a new factory and production lines.

Abdel Moneim highlighted that Unilever’s focus is to double its export rates in order to get foreign currency into the country, in addition to opening new markets for Egyptian products, as well as improving the Egyptian product.

She tackled in the interview the company’s export rates, and how the Egyptian pound flotation affected consumption patterns, among other topics, the transcript for which is below, lightly edited for clarity:

How many factories does the firm have in Egypt?

We have five factories in Egypt, one of them is for hair care products. The second is for the products of Oral hygiene, while the third one is for soaps, shower gels, and body washes, in addition to a plant for the home care products (washing powder products), as well as a plant for food products, and the last factory is for Lipton tea.

Are there any expansion plans for Unilever Mashreq in Egypt?

At the moment, there are no definite plans to open new factories, but we are very interested to increase our production capacity.

What is the company’s total export rate?

To how many countries does the firm export? What about the firm’s market share in Egypt?

We export to over 30 countries across the world, including Europe, the GCC, Africa, and Canada, which means that Egyptian products could compete in the markets which require high international standards.

Concerning the domestic market, almost 90% of our products are number one in the Egyptian market.

Do you think that the consumption pattern has changed after the pound flotation?

Yes, it has differed very much. The consumer needed to adapt to the new economic situation and to the price hikes in water, electricity, and more. However, consumers were shocked at first, and subsequently this increase in prices significantly influenced their consumption, thus they used to put priorities.

According to our study, we found that the transportation in addition to utilities, as well as food and drinks, took the largest portions of the Egyptian family’s budget.

Consequently, citizens began to think of a solution to face this increase, so some consumers began to buy the rest of their needs from cheaper outlets, and others searcher for cheaper alternative products, but after six months from the flotation, we started to see an improvement and people began to adapt to the new situation. We also started to witness a growth in the market similar to what it was before the flotation, especially in the second half of 2018.

How can you evaluate the Egyptian economic situation after the flotation?

No doubt that the Egyptian economy witnessed a very difficult period, but thanks to the government’s economic reform programme and the new legislations which aimed to attract investors into Egypt, we can say that these efforts led to positive indicators, such as a drop in the unemployment rate. The unemployment rate was 8.9% in February, according to the Central Agency for Public Mobilization and Statistics (CAPMAS).

Also, among the positive indicators is controlling the inflation and the increase in foreign exchange reserves, in addition to increasing the value of the Egyptian pound.

Meanwhile, we also met a lot of business leaders and investors in the business communities who always expressed their desire to invest in Egypt, saying that Egypt is a promising market.