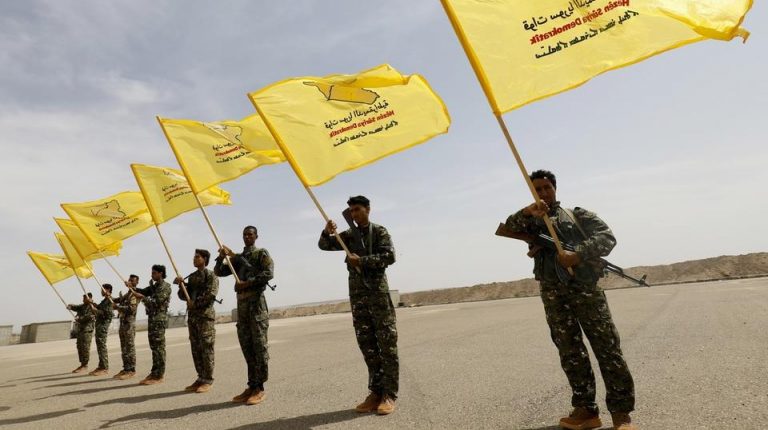 The US-backed Syrian Democratic Forces (SDF) on Sunday seized control over the last enclave belonging to the Islamic State (IS) group in Syria.

Mustafa Bali, a spokesperson of the SDF, tweeted that the Baghouz pocket in eastern Syria has been completely freed, and the IS group has been defeated by the Kurdish forces.

Thousands of civilians and IS fighters have fled from Baghouz to the Al-Hol camp in north-eastern Syria. The camp’s weak and fragile services are on the brink of collapse according to a Red Cross official.

The Permanent Observer and Head of Delegation for the International Committee of the Red Cross (ICRC), Robert Mardini, said that the population in the camp has risen from 34,000 at the beginning of December 2018 to a current 45,000 people.

He added that those who come out of Baghouz are sick, injured, tired, and afraid, and that the situation at the camp has deteriorated.

The United States President Donald Trump said in a statement on Sunday that 100% of the region that was under IS control is now free. He stressed that the US will remain attentive for any rise of IS anywhere.