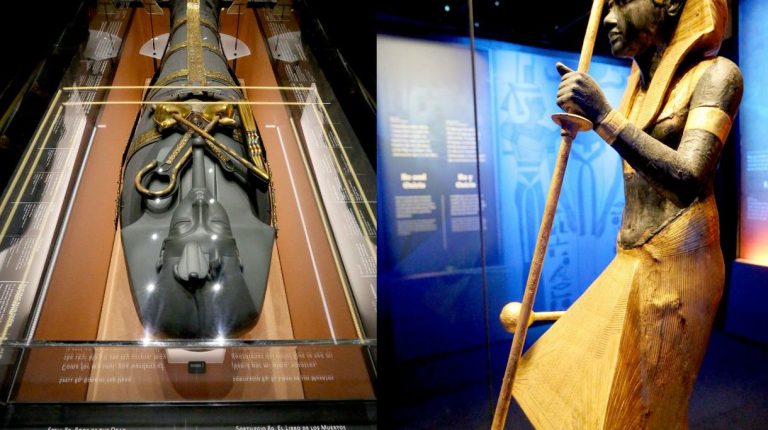 Anticipation, thrill, life, and excitement took over the long lines of people waiting to get inside the Grande Halle de La Villette’s gates in France to explore the world of Egypt’s young pharaoh through his displayed belongings. Over 5,000 visitors lined during at the first two days of Tutankhamun’s exhibition which kicked off on Saturday to the public.

Over 180,000 tickets have been sold so far from the temporary exhibition titled ‘King Tut: Treasures of the Golden Pharaoh’, of which 130,000 tickets were presold from the inauguration of the exhibition, according to the state-run media outlet, Al-Ahram. 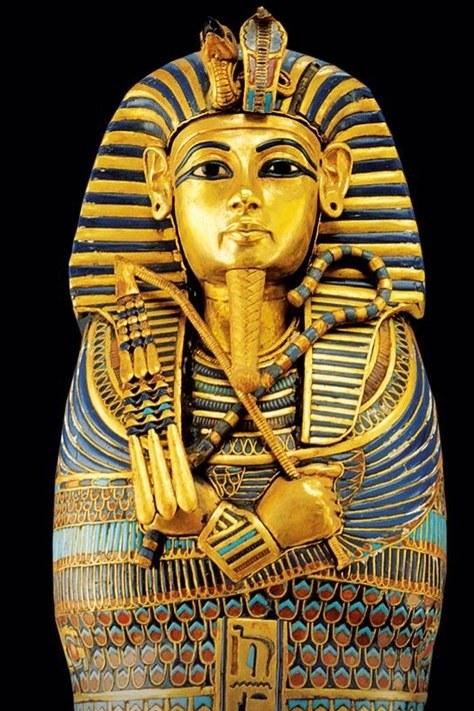 The exhibition displays 150 antiquities from the pharaoh’s personal belongings, including the world’s most famous gold mask, the gilded wooden bed-which was fashioned especially for his funeral with carved lion feet-golden coffins, and 3D models which the museum prepared in order to take the visitors through time and place within the glories of the Egyptian civilisation.

The last time the exhibition was inaugurated in France was in 1967, where 1.2 million visitors expressed their interest in exploring the history of the young king, according to the museum’s official website, while the former Egyptian Minister of Antiquities stated that the number of visitors reached 1.5 million, according to the state-owned Al-Ahram Online.

The exhibition will last until 15 September 2019, before it starts another journey in six other countries, including Australia and South Korea, where it will be held in 10 cities. The tour will last until the end of 2022. After the tour comes to an end, the relics are to return back to the Grand Egyptian Museum, where they will join the rest of the 5,000 relics found at the king’s burial chamber in 1922.