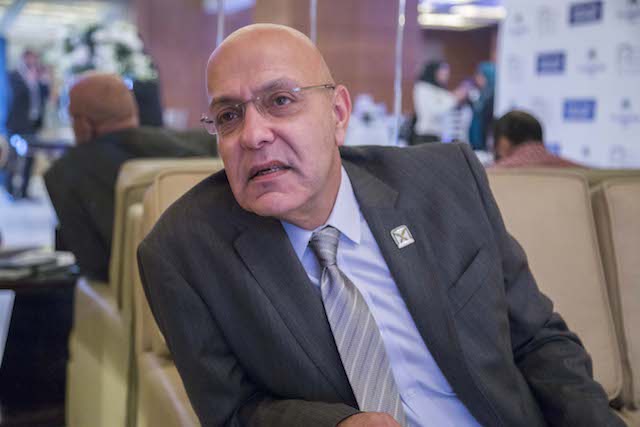 Al Ahly Sabbour Developments will aim to achieve sales of EGP 6bn through the company’s projects during the current year, compared to EGP 5.5bn in 2018, according to its CEO, Ahmed Sabbour.

Sabbour added that the company plans to pump EGP 3bn worth of investments in the construction works of its projects in 2019.

Daily News Egypt interviewed Sabbour to learn more about the company’s strategy and its expansions in the Egyptian real estate market, the transcript for which is below, lightly edited for clarity:

Al Ahly Sabbour Developments aims at achieving EGP 6bn with the company’s current projects for this year, compared to EGP 5.5bn in 2018.

What is the size of investments that will be directed toward projects’ construction works?

The company plans to pump EGP 3bn worth of investments in construction works of its projects in 2019, compared to EGP 1.5bn in 2018.

What are the updates regarding ‘Amwaj’ in the North Coast?

The company has completed 60% of the project’s fourth phase which spans over 60 acres and consists of 800 units, with EGP 450m in investments. The company has marketed 85% of this phase, and plans to deliver 225 units in the summer of 2019. Moreover, we plan to deliver 240 service apartments during the current year.

What are the targeted sales of the fourth phase of the project?

We aim at registering EGP 700m in sales.

When will the company operate the Rivette Mall in Amwaj?

Rivette Mall will be fully operational by next summer. The mall’s first phase was already completed and operating since last summer, which represents 60% of the project and includes 40 shops. The opening of the second phase will be by next summer.

What is the volume of the mall’s investments?

The total investment of the project is EGP 120m on a land area of 62,000 sqm. The mall is characterised by its location and distinctive design implemented by the English Mixity design office.

Are there any expansions in the project?

Yes, there are. We have added an area of 15 acres in a 25% partnership for the land’s owner. Moreover, we plan to direct EGP 250m for the expansion’s construction work with targeted sales of EGP 600m. Obtaining the project’s licenses is underway.

Over and above, the company has contracted to develop a100-acres project through a partnership system in the North Coast. Likewise, obtaining building permits is underway.

Tell us more about the updates on GAIA in the North Coast.

We plan to begin GAIA’s construction works before next summer, with total construction costs of EGP 5bn. Additionally, the company has completed the project’s designs and is waiting for building licences.

The project spans over 285 acres to accommodate 2,500 families. It includes various residential units such as separate villas, duplexes, and chalets.

What is the value of the achieved sales of GAIA?

We have achieved sales worth EGP1.3bn last year. Furthermore, we target EGP 10bn in total sales of the project. The company plans to market it within five years and direct EGP 100m in the construction of the first phase during 2019.

What is the projects’ source of funding?

Financing of the company’s projects depends on self-financing, marketing revenues, and bank loans, which are no more than 15% of the funding.

The company owns the biggest project in El Mostakbal City. Please tell us about the project’s updates.

Al Ahly has launched the City of Odyssia with over 600 acres in El Mostakbal City, East of Cairo, and is being developed over 10 years in partnership with El Mostakbal for Urban Development company, with construction costs worth EGP 25bn. The company partnered with Hill International, Sabbour Consulting, Gensler Architects, and Jones Lang LaSalle (JLL). Hill International will be managing the design and construction of the project, while Gensler was tasked with providing innovative master planning and urban design services for the new city. JLL has been charged with providing consultancy services for the development and lease of the Central Business District.

The project comprises of seven residential compounds. The first is Alaire which will accommodate 1,700 families, with total sales of EGP 4.25bn, of which EGP 2.3bn has been achieved. The project’s construction costs reached EGP 2.5bn, and the company has begun the implementation phase.

The RIDGE is the second project within the City of Odyssia, with a total investment of EGP 2.5bn. It is the second residential compound following Alaire. The project is being built on an area of 220 acres (1m sqm), including 1,400 units ranging from villas, townhouses, and twin houses, with an approximate built-up area of 400,000 sqm, including two clubhouses for its residents. The project is being marketed on three phases, and the first phase’s sales have reached EGP 1bn.

When will the company deliver the first compound within the City of Odyssia?

Will the company launch the third residential compound inside the City of Odyssia?

We will launch and announce the third project inside the City of Odyssia during the Cityscape-Egypt exhibition.

What are your other projects in El Mostakbal City?

The company owns the Green Square project in El Mostakbal City consisting of over 80 acres with a low built-up area. The project includes 1,027 units with targeted sales of EGP 1.8bn. We will deliver the whole project by the end of 2020.

Furthermore, we own L’Avenir in El Mostakbal City, a 100 acres project consisting 2,300 units with construction costs of EGP 1.8bn, and we have marketed 90% of the project with expected total sales of EGP 3.2bn. It is planned to be delivered in 2021.

What is more, we have marketed over 50% of Aria, spanned on 108 acres in El Mostakbal City, and it includes 2,200 units, with implementation costs of EGP 2.25bn and targeted sales of EGP 3.8bn.

Do you plan to launch real estate projects in the New Administrative Capital (NAC)?

The company did not penetrate the NAC as a developer yet, however, the Sabbour Consulting office is designing and supervising the implementation of five land plots obtained by big developers, as well as one of the six universities being implemented in the NAC. However, the company is waiting for the next offering in the Capital for a partnership interest on an area of not less than 200 acres.

Al Ahly’s land bank reaches 5m sqm and we are seeking to raise it to 6m sqm until mid-2020 through launching new projects in New Alamein, the NAC, the North Coast, Sixth of October, and Upper Egypt.

In your opinion, how did the liberalisation of the Egyptian pound exchange rate affect the construction cost?

The floatation of the pound has increased construction costs by 42%.

What is your expectation regarding price hikes in the real estate market in 2019?

I expect an increase of 20% in unit prices for the current year.