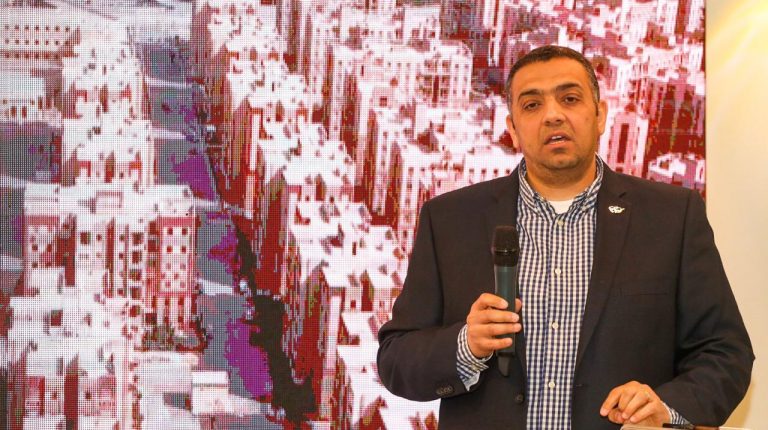 El Batal Group for Housing and Development said that the total investments of the company in the Egyptian real estate market reached EGP 9bn, according to Emad Doss, the chairperson of the company.

Doss told Daily News Egypt that the company plans to raise its authorised capital from EGP 600m to EGP 1bn by the end of this year.

Furthermore, Doss revealed that the company intends to implement a major expansion plan during the current year and complete the construction of a series of its projects that are being implemented in east and west Cairo.

He pointed out that the company is currently implementing about four compounds and is keen to speed up their completion and delivery to customers before the specific contract schedule.

The four compounds are the Rock Eden which spans over 34 feddan in west Cairo in close proximity to the Mall of Egypt and comprises of 600 units and 400 villas, as well as New Cairo’s Rock Vera which encompasses 27 residential buildings, designed according to Italian architecture, he added. The third compound is Rock Ville in Obour city with investments worth EGP 600m, and its Rock Elite compound which is the first integrated serviced-apartments compound in the Fifth Settlement, New Cairo, with EGP 800m in investments and comprises of 150 serviced apartments with spaces starting from 60 sqm.

In addition, the company is also implementing four projects in Sheraton Heliopolis, including Sheraton Gate, SunGate, and Sheraton Twin Wave, he added.

Doss elaborated that the date of delivery of projects’ units starts from 2020 and 2021, according to the deadlines for each phase.

The company intends to direct EGP 500m in the construction work of its projects during 2019, El Batal Group’s chairperson disclosed.

Doss pointed out that the company has an expansion plan for the coming period, as it seeks to develop its land bank, noting that his company has applied for the Administrative Capital for Urban Development to obtain a 100-feddan plot of land in the New Administrative Capital (NAC) to be implemented through a partnership system. Moreover, it applied to acquire another plot of land in the NAC through a purchase system, in addition to applying for the New Urban Communities Authority to obtain plots of land through a partnership system. Over and above, the company will soon contract on new plots of land in Sheraton.

Regarding the company’s plan to export property, he explained that the company previously participated in several real estate exhibitions namely in Dubai, Kuwait and Abu Dhabi.

Additionally, he noted that the company will participate in the Cityscape Egypt 2019 exhibition, which is scheduled to kick off this week from 27 to 30 March.

“During the exhibition period, the company will announce special offers for its projects, represented in a discount of up to 30% with the possibility of paying the unit for two years ,and another offer is 0% down-payment and an eight-year payment period,” he highlighted.

He pointed out that the company has carried out about 80 projects in Sheraton Heliopolis between residential, commercial, and administrative projects.

El Batal has been established as an Egyptian joint stock company since 2002 and has worked in the Egyptian market for many years and penetrated foreign markets in investment in 2010. Moreover, the company has implemented commercial and administrative projects in Canada.

The company is keen to follow distinguished patterns of construction and architecture comparable to famous European cities and follow the latest methods of construction to maintain uniqueness in its projects, he stressed.

Real estate companies are waiting for many challenges in 2019, in view of the increase in the number of recently offered projects and the emergence of new companies in the market, as well as the increased competition between companies, which contributes to the length of decision-making by the client.

In light of the many challenges facing the real estate sector and changes in the operational costs of the projects, serious companies are obliged to accelerate their projects’ construction rates on the ground in anticipation of any future price changes in raw materials and implementation costs, which puts companies in trouble with customers, he explained.

The companies that will continue to focus on spending huge amounts in the advertising of their projects without implementation on the ground will face problems in the coming period, especially with the increasing awareness of Egyptian customers and their keenness to thoroughly compare between companies before contracting, Doss added.

Adage: fighting misconceptions about Islam with cartoons and illustrations