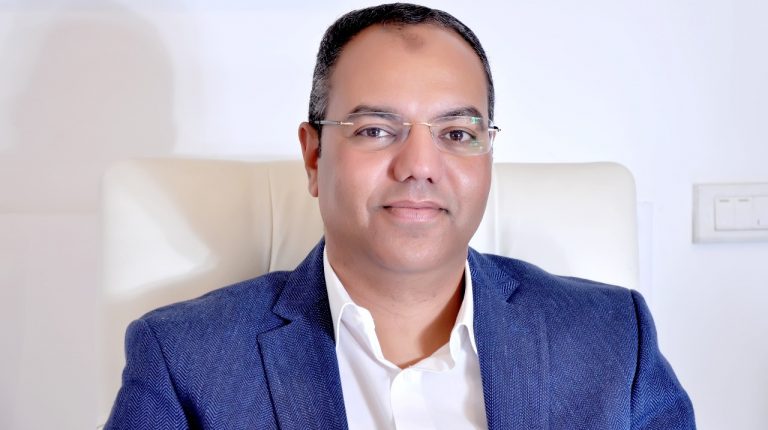 First Group for Real Estate Investment will launch its new tourism residential project in Ain Sokhna with EGP 6bn in targeted sales during the fourth quarter (Q4) of 2019, according to the company’s Chairperson Bashir Mostafa.

Daily News Egypt interviewed Mostafa to find out the company’s plan for the coming year, the transcript for which is below, lightly edited for clarity:

What are the updates regarding the KENZ compound?

We began delivering the third phase of the project in the 6th of October City. Moreover, we started marketing the fourth and final phase of the project during this month. The fourth phase includes 18 residential buildings with total targeted sales of EGP 650m, and is scheduled to be delivered early 2021.

The project is built on 30 feddan area and includes the Kaya Plaza Mall and a social club, as well as 1,350 units with spaces ranging between 90-250 sqm.

What is the value of targeted sales of the Kaya Plaza Mall in the Kenz compound?

The company has begun marketing the Kaya Plaza project with targeted sales of EGP 800m, which is the commercial part of the Kenz compound project.

Likewise, it is planned to be delivered by 2021, and includes administrative units and medical clinics, in addition to commercial units which will only be rented and self-managed. The mall is located on an area of 12,000 sqm with 2 basement floors which are used as a parking lot for the project.

The company is developing a new commercial, medical administrative project in the 6th of October City. Can you tell us more details about the project?

The Kazan Plaza Mall is being developing in the 6th of October City in front of Mall of Arabia, and the company has directed EGP 300m into the project’s investment.

The project includes commercial and administrative units, and it comprises of clinic units as well. It contains four buildings encompassing commercial shops, administrative offices, and medical units, with spaces ranging between 50-600 sqm.

First Group will sell the administrative and medical units, and rent the commercial units. Furthermore, we aim to achieve sales of EGP 450m from the first two floors, and the company will own the project’s ground floor.

The project will be maintained and managed by a company affiliated to First Group, in order to guarantee the quality of the mall’s services. Two administrative and medical buildings were integrated into the project and were marketed, with the remaining two to be integrated by the coming year.

What’s more, we have marketed 50% of the administrative and medical part of the project, as the company plans to market the remaining part of the mall at higher prices because of the distinction of the remaining part. We project to deliver the mall within the middle of next year, as the implementation process is being developed according to the schedule.

What is the value of investments the company will direct toward the company’s projects in 2019?

It is planned to inject investments of EGP 800m from self-financing representing 25%, while bank facilities account for about 30% and the booking proceeds with about 45%. We have transactions with the banks of BLOM Bank, Ahli United Bank, Al Baraka Bank Egypt, and Arab African International Bank, and the company does not plan to list its shares in the Egyptian Exchange (EGX) during the current period.

What is the value of targeted sales in 2019?

The company aims to achieve contractual sales of EGP 950m by the end of this year.

First Group plans to launch a new project at Galala Plateau in Ain Sokhna in Q4 of this year with sales of EGP 6bn. The project is tourist-residential, and we agreed with a global consulting office to develop the project’s master plan, in which the first phase to be launched in Q4 of the current year. The first phase represents 20% of the project with targeted sales of EGP 1bn, and it is planned to be marketed within one year of its launch. Additionally, we will begin the project’s construction in the beginning of 2020, and it will be developed within five years.

Furthermore, we plan to launch another project in the North Coast on an area of 95 feddan in Fouka Bay, and about 25% of the project is allocated for service apartments. It will be delivered semi-finished as residential units. The project is owned by the company.

The launch of the two projects comes within the framework of the company’s plan to diversify its portfolio of customers and its investment portfolio between residential, tourist, commercial, and administrative buildings. In addition, we are confident of the outstanding performance of Egypt’s real estate market during the current period and we are certain of continued real demand.

The company considers the implementation of an administrative project in the New Administrative Capital (NAC) in the coming period. The company will apply for land with an area of ​​about 12,000 sqm soon, after completing the project’s market studies within the framework of the company’s plan to diversify its land bank in diverse areas.

How do you see investment opportunities in the NAC?

I think that investing and developing projects in the NAC is a good opportunity for developers. Additionally, the NAC project receives national and government attention to implement a model city which is the main gate toward reducing population congestion in the Cairo governorate and achieving the state’s goal of doubling urban areas. Therefore, accelerating development rates and establishing the infrastructure will encourage and attract local and foreign investors to become part of the project.

How do you see partnership projects in promoting the real estate market?

Partnership is important in the implementation of multiple projects in a record time because the developer can direct the value of the land in the implementation process, which provides liquidity for the developer and enables the state to accelerate development rates. In addition, it ensures renewed financial returns from land rather than direct selling. Moreover, the positive change in the process of selling land to real estate developers, in terms of the big size of offered lands and multiplicity of offerings systems, ease launching new businesses in novel urban communities.

Do you plan to launch new businesses in Upper Egypt?

Investing in Upper Egypt requires a good market study of the region, the target customer, and the nature of desired units there, and the experiences of some investors in Upper Egypt were promising.

How do you see the real estate developers’ federation draft law?

The market is in urgent need for a classification of real estate developers according to the previous business record, financial solvency, and land bank, as well as the company’s commitment to the dates of implementation and delivery, in addition to their previous budgets and other factors which places each developer in their proper categories.

The state shall grant developers land according to their category so that they can develop the space commensurate with their financial and technical capabilities.

Several meetings were held between the ministry of housing and real estate developers in order to discuss the draft law to launch a federation for real estate developers, where participants sought to balance the rights of the state, developers, and customers, and know the needs of each federation’s party. The discussions revolved around several issues, namely the classification of developers in the federation would deposit down-payments and instalments, and developers would take the money from this account according to his implementation plan, which ensures the preservation of customer funds.

If the discussions are completed, the next step is that the draft law will be submitted to the parliament for discussion. This discussion will be attended by real estate developers in order to maintain consistency between the rights of the state and developers. The executive regulation shall include the details of the law.