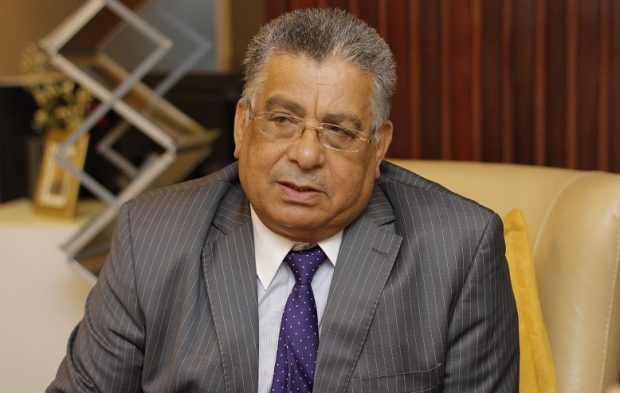 Egypt’s real estate developer MBG Development has contracted with EHAF Consulting Engineers to oversee the implementation of the Pukka project in the New Administrative Capital (NAC), according to MBG’s Chairperson, Mahmoud Al Adl.

He told Daily News Egypt that the company has achieved contractual sales worth EGP 2bn in various project phases.

Al Adl noted that the company will showcase new units for sale during the Cityscape Egypt exhibition, which is being held between 27-30 March.

He pointed out that EHAF is specialised in project design and construction supervision, as well as providing a wide range of services, such as architecture, interior design, urban design, landscape, roads and bridges, rapid transit systems, water and wastewater, and project management. Moreover, it operates in several countries, such as the UAE, Saudi Arabia, Qatar, and Egypt.

The company is developing the Pukka project on 40 feddan, with investments of EGP 4bn.

MBG has begun the construction of the first phase of the project with EGP 500m in investments. The project is being developed over four phases, and will be delivered in 2022, he elaborated.

MBG’s chairperson pointed out that the company obtained the ministerial approval and paid 20% of the land value according to the contract with the Administrative Capital for Urban Development (ACUD).

“The company has completed the marketing of more than 60% of the project’s units with total sales of approximately EGP 2.5bn. The company plans to complete the project marketing by the end of 2019, offering a total of 1,680 units, with expected sales of EGP 4bn,” Al Adl emphasised.

Al Adl explained that the company allocated 11% of the project’s total area to establish service activities, including a commercial mall on an area of 60,000 sqm. In addition, it will include administrative units and a specialised medical centre to serve the area surrounding the project, which is located in front of the Cathedral of Nativity in the new capital.

Additionally, he revealed that MBG is developing a commercial mall comprising of commercial and administrative units, as well as medical units, and that the price per metre ranges between EGP 30,000-90,000, and consists of three floors with an area for each floor reaching 6,000 sqm.

Al Adl added that the company contracted with Raafat Miller Consulting (RMC) in order to develop the architectural plans and infrastructure for the Pukka project.

“The company has managed to market a large part of its units in international markets especially in Europe. The biggest share of sales was in Britain, France, Italy, Spain, and the USA,” he disclosed. “Additionally, we plan to offer units with small spaces during the Cityscape exhibition to meet the needs of our customers.”

He highlighted that the Pukka project is the first in the NAC that includes a sky pool.

MBG is dependent on self-financing by injecting liquidity from its shareholders, as well as sale proceeds, as bank borrowing is not in the company’s plans in the current period, he explained.

The company is focused on investing in the NAC during the coming period. Therefore, the company plans to implement a new residential project in there on an area of 48 feddan, similar to the Pukka project, along with developing a medical project for athletes’ injuries in the sports city on an area of 5 feddan, Al Adl said.

He expected price increase by 20% during the second half of this year after the liberalisation of the fuel prices, in addition to the annual price increases in the real estate market and that the sales movement will be active during the current year by 10-15%, compared to last year.