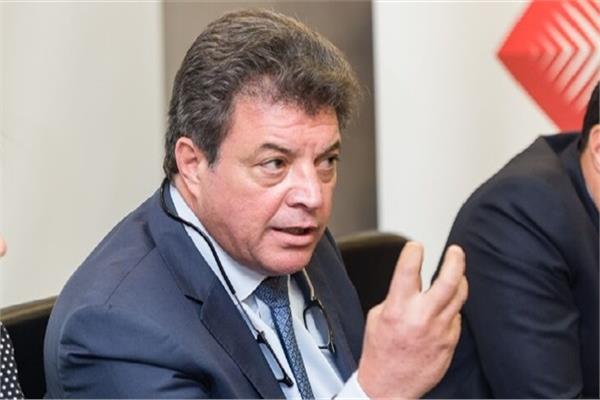 Palm Hills Developments has directed EGP 2bn in investment to the company’s projects during 2018, and it targets increasing its investments by 25% in the current year, according to Mohamed Sultan, CEO of the company.

Daily News Egypt interviewed Sultan to identify the company’s strategy during the current year, the transcript for which is below, lightly edited for clarity:

The company has achieved EGP 12.5bn in sales last year and plans to record EGP 14bn in sales in 2019, driven by the launch of new phases of existing projects, in the forefront the Badya project, which is being implemented in partnership with New Urban Communities Authority (NUCA).

What is the value of the company’s investments in 2018?

The company has directed EGP 2bn in investment in the company’s projects during 2018 and targets increasing its investments by 25% in the current year. The new investments represent construction contracts.

Can you tell us more about the Badya project in West Cairo?

The Badya project is a residential city located in West Cairo, 6th of October City, on an area of 3,000 feddan. It is based on creativity and providing a unique life for its customers. The company also seeks to launch a sustainable city that takes into consideration the technological developments that the citizen currently needs. This is in line with the state’s Vision 2030.

When will the company begin the Badya project implementation?

Obtaining construction permits are currently underway. It is scheduled to implement the project in the second quarter (Q2) of this year.

When will the company deliver the first phase of Badya?

The company plans to deliver the first phase of the project by 2022.

What is the volume of achieved sales of the Badya project?

The company has achieved EGP 5bn in sales of the project, which includes about 3,000 residential units. The company also meets on a monthly basis with its pricing committee to discuss prices of offered units in the project in order to determine prices according to the continuous market changes.

What is the value of the Badya’s investments?

Badya is being developed over 12 years with a total investment of EGP 320bn and targeted revenues of EGP 470-480bn. The project also provides 250,000 jobs and 30% of the project’s electricity is provided by solar energy.

How many fully finished units the company owns?

Besides, the company has a portfolio of large and diverse projects, including Palm Hills New Cairo on an area of 500 feddan, the Crown project in the eastern expansions of the 6th of October City on an area of 190 feddan, and the Capital Gardens project next to the New Administrative Capital.

What is the value of the company’s units’ securitization?

The company has completed the securitization of units worth EGP 760m, which reduces the financial burden and provides liquidity for the company of the units delivered.

Partnership between the government and developers is important because it benefits the two parties. It maximises the value of land investment, and ensures renewable financial revenues for the state without obtaining the value of the land only once. In addition to that, there is the advantage provided to developers through directing the value of land purchase toward project implementation– meaning project development at a faster rate.

What is the company’s strategy in exporting property?

The company is fully convinced of the importance of exporting all types of real estate, whether residential, administrative, or commercial, which is required in the current stage due to several factors, most notably the competitive advantage of the Egyptian property in terms of quality, excellence, and low prices compared to other markets in the region. The customer abroad can buy a unique unit worth less than in his country, in addition to the size of the comprehensive urban development currently being undertaken by the state and the launch of many new urban communities throughout the country increased investments and multiple projects.

Furthermore, the current political, security, and economic stability in Egypt, as well as the economic reform plan, help to make Egypt a magnet for foreign clients and investors, as well as inaugurating an urban renaissance that will make Egypt one of the top competing markets in the world.

Palm Hills Development has recently participated in the WAFIX real estate exhibition in Jeddah, Saudi Arabia, and the MIPIM in France, where the company sought to present its projects as distinctive models of urban development in Egypt.

What is your expectation of Egypt’s real estate market?

Egypt’s real estate market is strong due to its dependence on real demand by all community segments. As well, it is the market that proved its ability to meet challenges and fluctuations. What’s more, the property is still a safe haven for investment and a basic requirement for citizens as we have more than 800,000 marriages annually. In addition, we have the existence of a fixed annual gap between supply and demand for different residential segments.