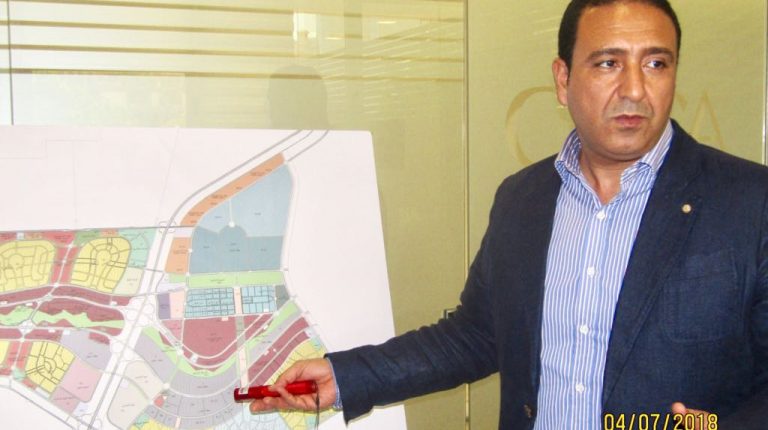 El Hosseini told Daily News Egypt that the ACUD has recently received more than 10 new offers from different foreign developers to launch new projects in the New Administrative Capital (NAC), and we interviewed him to find out more, the transcript for which is below, lightly edited for clarity:

How many new applications have been submitted by developers to obtain lands in the NAC?

The ACUD is negotiating with a number of Egyptian, Arab, and foreign developers to obtain plot of lands in the NAC, whether through buying land or under a partnership system. We have recently received more than 10 new offers from different foreign developers to launch projects in the new capital.

In mid-March, the company has received an application from a consortium of American, Saudi and Emirati companies applying to obtain a 500-feddan plot of land to develop a commercial mall and an entertainment area in the NAC.

Did the ACUD take a decision regarding their request?

The company is still examining the position of the consortium and its financial solvency in order to decide. Besides, many negotiations are still ongoing during the study phase.

Will you plan to launch projects in a partnership system?

The company is seriously studying entering in partnerships with companies and developers on an area of not less than 100 feddan, as it would be beneficial to both parties. For one thing, the ACUD ensures the receipt of renewable profits over the duration of the project and the developer will acquire the land without paying for it.

What would be the ACUD’s share in the event of co-developing projects?

In case of having a partnership between the ACUD and any other company, the share of our company will not be less than 40% or 50% depending on the nature and status of each project.

How many developers did pay 20% of their land’s value so far?

Approximately 70 developers paid 20% of the value of obtained land in the new capital.

How many ministerial approvals have been issued for projects inside the NAC?

Up to date, 30 ministerial approvals were issued. The remaining approvals will be issued soon.

How much are the size of sold out lands?

More than 17,000 feddan have been sold, representing over 70% of the size of the project’s first phase. In addition, there is the sale of lands to establish 64 private and international schools for all education stages.

Moreover, the company has sold more than 70% of the MU32 mixed-use area, and also opened sales in the other mixed-use area MU21, and their selling rates are going well.

After the withdrawal of Chinese CFLD Company from developing 15,000 feddan in the NAC, did this affect the implementation rate?

The decision to withdraw from the contract with China’s CFLD to develop 15,000 feddan in the new capital was not only due to disagreement over the partnership shares, but the ACUD board wanted to reject the contract with the Chinese company as there are other large Egyptian companies who have the same expertise and efficiency to implement and develop the lands that the Chinese company wanted to develop.

Additionally, if the Chinese company got the land, it would weaken the competition of Egyptian companies because it would offer units in the project at lower prices than Egyptian real estate developers because this company has enormous potentials to develop large areas, which would harm the business of Egyptian companies operating in the new capital in general. Moreover, the Chinese company would have transferred its revenues outside Egypt and it would not represent any addition to the Egyptian economy.

Overall, the withdrawal has no effect on the development of the NAC’s first phase because the land that the company planned to develop was part of the second phase of the project.

What are the updates regarding the negotiations with the Korean company to develop the land instead of CFLD?

The negotiations have stopped.

Do you have any direct contracts with Chinese CSCEC?

The ACUD has already sold 1,050 feddan of the central business district to the ministry of housing, utilities, and urban development, of which 200 feddan on the bank of the Green River have been allocated by the ministry for the establishment of a skyscrapers area.

Regarding the building of the tallest iconic tower in Africa, implemented by the Chinese company CSCEC, it reached a height of about 385 metres. The ACUD had sold the land to the ministry of housing in the central business district at EGP 10,000 per sqm.

What are your expectations concerning future prices of unsold land plots?

The pricing committee is currently meeting to determine the price of the lands that have not yet been sold. However, I believe that the land prices in the NAC will significantly increase, especially after the transfer of ministries, embassies, and government agencies.

Market experts predict more withdrawals will occur by junior developers in the coming period. Do you think so?

Our company is looking into the solvency of companies before contracting and the ACUD insists on implementing the terms of the full withdrawal to deter any developer that is not serious. Likewise, there is no mistake in implementing projects, according to our periodical reports on the executive situation of each developer in the new capital.

Up till now, no fines have been imposed on developers as they are abiding by standards and implementation schedules. The company is very strict regarding developers’ failure to meet their commitments through withdrawing the land in case of complete failure or delay in completing the project according to the implementation timeframe.

Do you see that Egypt’s real estate market witnesses a deceleration in sales?

This period of each year is witnessing a relative calm in sales and then it increases again. The ACUD also provides facilities for developers to help them develop and complete their projects. For example, the company offers three months as a grace period for companies in case of a delay in carrying out construction works, in addition to allowing some companies an additional year for instalment payments.

What is the situation of infrastructure development?

The ACUD has managed to develop 90% of water infrastructure in the first phase of the NAC. What’s more, the company plans to fully complete the infrastructure of the first phase before 2020. The ACUD has made great progress with regard to infrastructure works and utilities in the NAC’s first phase. The infrastructure cost reached about EGP 140bn up to date, of which EGP 30bn was for developing smart infrastructure. There are two water plants to supply the residents of the new city’s first phase, the first already exists with a capacity of 125,000 cubic metres of water per day, in addition to a water pumping station that is being established with the same capacity. Additionally, the development of sanitation services, which is divided into three phases, is in progress as per schedule. Moreover, a power plant is being implemented by Siemens with a capacity of 4,800MW, while another three lower-voltage plants are under development.

The company is currently operating in seven districts out of a total of eight, and by the end of 2020, the rest of the lands of the NAC’s first phase will be sold.

Over and above, the rates of delivery of sewage and electricity projects in the new capital are going well, as the average rate of infrastructure completion exceeds 50%.

Who are the international operators the ACUD has contracted with to develop the project’s infrastructure?

The ACUD has signed a contract with the EDF Group, the French company for the construction of electricity for homes in the capital, and a smart money collection system. In addition, last month, the company has contracted with the US company Honeywell to develop security systems in the NAC. According to the contract, Honeywell will install public surveillance cameras, posts, control systems, and other devices, with expectations to be operational early 2020.

Furthermore, we are studying cooperation with MasterCard to make the NAC the first cashless city in the country, as part of the country’s plans to support financial inclusion.

Do you plan to obtain bank loans?

We do not have to because the ACUD does not have any financial challenges in funding the NAC’s infrastructure. In addition, the company’s budget for financing the infrastructure of new capital project is proceeding as planned.

Also, the company implements infrastructure works out of proceeds from selling lands to developers and the new capital does not need the funds of the state budget because the instructions of President Abdel Fattah Al-Sisi were clear regarding not burdening the state budget with the new project.