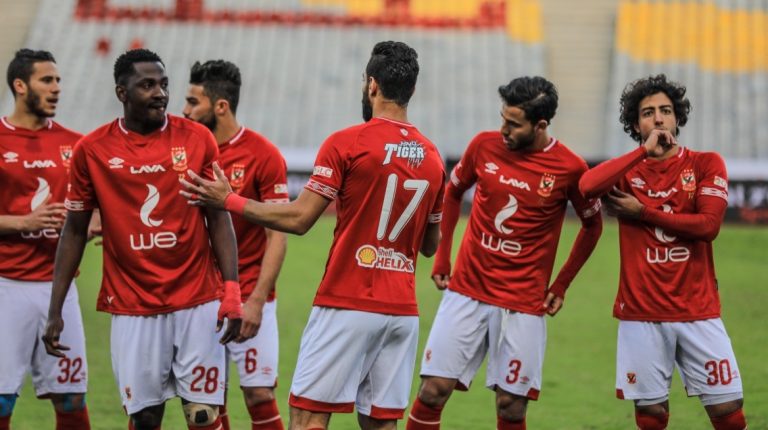 Al Ahly is scheduled to enter a training camp in Borg El Arab on Thursday in preparation for the upcoming Zamalek match scheduled for Saturday, which was postponed from the 17th week of the Egyptian Premier League. Uruguayan Martín Lasarte will announce the names of who will travel to Alexandria after the final training in Gezira Sporting Club.

Al Ahly’s management was keen on preparing a closed camp 48 hours before the game in order to force the players to focus and avoid the media and public pressure, as the competition between Al Ahly and Zamalek is very fierce, since the latter tops the ranking with 53 points while Al Ahly follows with 51 points.

This situation of the media and public pressure has made the technical staff decide to carry out the players’ training on Tuesday and Wednesday, without the presence of media representatives. Lasarte tried a number of technical and planning sequences in the hopes to surprise Zamalek and reap the three points to top the rankings.

He focused on the planning side for the past two days and has taken great care of the defence side to correct the mistakes of past matches.

The technical staff is choosing between Yasser Ibrahim and Ayman Ashraf to play next to Saad Samir. If Ashraf is playing, the chance will be open for Tunisian Ali Maaloul to focus more on the offense line, as Ashraf plays well as a left-back.

In the same context, Ahmed Fathi is undergoing an intensive preparation programme in order to prepare him for the game, in anticipation of the inability of Hisham Mohammed to start the game, especially since Fathi has been absent for a long time due to an injury, especially with the suspension of Karim Nedved.

The technical staff is considering this option, as they have reservations on the idea of engaging Hossam Ashour in the game, especially as the latter does not have the physical ability to play for 90 minutes, in front of the pair Ferjani Sassi and Tarek Hamed of Zamalek.