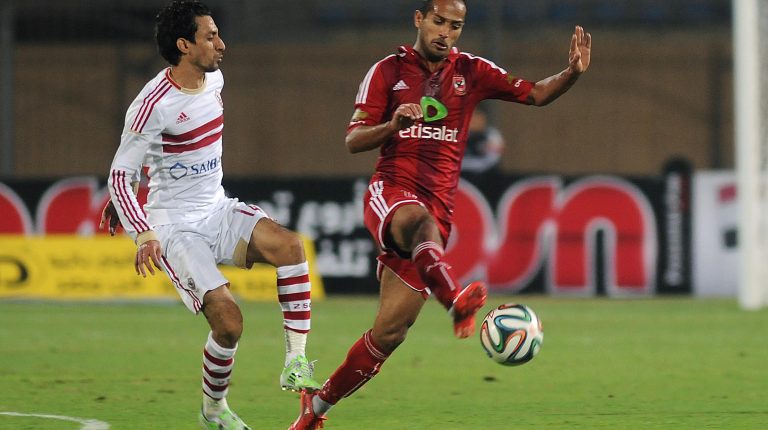 Fans of Egyptian football are awaiting the important game between both rivals on Saturday in Borg El Arab in Alexandria. The match is particularly important as it will set the fate of the competition as Zamalek tops the ranking with 53 points, up by two points from Al Ahly in second place with 51 points.

The most expensive players in terms of market value in the two teams are Ramadan Sobhi-who is on a loan from Huddersfield Town- who is valued at £6.3m.

In second place is Moroccan striker Walid Azarou of Al Ahly who is valued at £2.52m.

Zamalek’s top player by market value is Mahmoud Abdel Moneim Kahraba, who is third on the list with a value of £1.8m.

Tunisian player Ferjani Sassi, a Zamalek player, and Nigerian Junior Ajayi of Al Ahly are equal in value at £1.62m.

The third place among Zamalek players are Moroccan Khaled Boutayeb who is worth £1.58m, Ibrahim Hassan who is worth £1.35m, Mostafa Fathi and Tunisian Hamdi Alnqaz who are equal in value, both worth the same of £1.08m.

The list in the two teams is tailed by young players, Mostafa El Badry of Al Ahly and Seif Farouk Gaafar of Zamalek, each valued at £45,000, in addition to Mohamed Abdelsalam of Zamalek with a value of £90,000.

The list also includes Mohamed Nageeb of Al Ahly who is worth £135,000, the same as the upcoming goalkeeper of Zamalek Omar Salah.